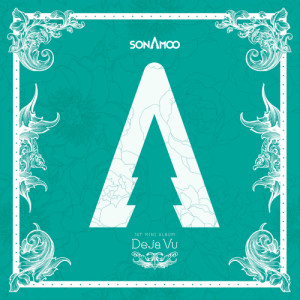 TS Entertainment has proved that they have been studying the techniques used by bigger companies in order to copy their success. In this instance, they’ve taken a page from the SM School of Scandal Management. Members leave your popular boy band? Debut a new girl group! Thus, we have Sonamoo‘s debut MV “Deja Vu.”

Let’s get this out of the way: yes, Sonamoo debuted six weeks after B.A.P.‘s lawsuit against TS was filed, and yes, their concept is based heavily on B.A.P. It’s a questionable decision that borders somewhere between tacky and tactless. And no more on the subject will be said in this review for two reasons.

One, Sonamoo’s debut has been in the works for months, including the song. It’s unlikely that TS changed their debut song less than two months out just to anger B.A.P. Two, I adhere to “Death of the Author,” or, in this case, death of the entertainment company. I believe, with a few exceptions, that the quality of a book, film, or song should not be held as synonymous with the merits of the work’s creator. The Chronicles of Narnia are good books, regardless of what you think of C.S. Lewis‘s religious beliefs, even though the books reflect them heavily. Similarly, “Deja Vu” and Sonamoo deserve to be judged on their own strengths and weaknesses, independent of the outside circumstances.

“Deja Vu” is a massive earworm, but it’s one that needs repeat listens rather than being stunning at first listen. This is due to the great but disparate elements that work together in the creation of an odd yet infectious whole. “Deja Vu” has a turn of the century hip-hop vibe, bringing to mind Missy Elliot‘s “Work It” in particular. Sonamoo’s vocalists, on the other hand, have very light, airy voices that don’t immediately mesh with the banging instrumentals. 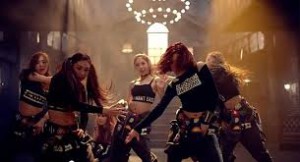 They’re brought together by synth strings, which I adore. Strings are right after horns on the list of “things pop needs more of.” It creates a song that is feminine and powerful in equal parts. The lyrics back this sound up. While Sonamoo is singing about a guy, it’s in a very confidant, playful way. They are painted as the players, not the played. On the whole, “Deja Vu” is a well-produced dance track that is damn near impossible to not dance to.

The MV is both nothing special and a breath of fresh air. On the one hand, it’s a box MV with close-ups of the individual members while they dance. On the other hand, the trappings of the box and the dancing are not typical for a girl group. It’s much darker and edgier, with a hip-hop bent. Best of all, their clothes actually look like what female breakdancers wear: sports bras and baggy pants designed for practicality and freedom of movement over sex appeal. Sure, Sonamoo still looks sexy, but it comes from how they carry themselves rather than from their outfits being inherently sexual. 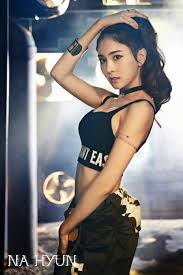 The dancing also leaves me in two minds. I’m really not thrilled with the “turn and shake ass” move that appears several times, but, other than that, the choreography is rather impressive for a girl group. Sure, it’s not Infinite-level, and there are a lot of chest pops and hip thrusts, but there’s some damn good work here. Sonamoo is in unison without sacrificing individual flair or flow of movement. The overall effect is a dance routine that’s sexual without being nothing but T&A. There’s also a legitimate dance break that lets D.ana, Euijun and Nahyun do some nice floor work. But then again, “turn and shake ass.”

As a whole, “Deja Vu” exceeded my expectations. Most girl groups with a tough concept lack the charisma to really pull it off. More frequently, their tough image is in name only, without the choreography or the songs to back it up. Sonamoo has both of these things, along with dance ability, good vocalists, and one decent rapper. “Deja Vu” is a solid debut, and I sincerely hope they keep up this direction. God knows we need more badass girl groups.