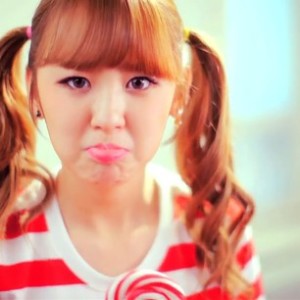 NC.A‘s latest comeback is so close to being a fun, confident song. Her voice sounds amazing, the production is slick without being overdone, and this song is not leaving my brain anytime soon. Yet “Coming Soon” fails the instant the subtitles are turned on because these lyrics are not good.

At its root, “Coming Soon” is a makeover song, and one that has a lot of good elements. It’s very much bubblegum pop, but it’s quality bubblegum pop. “Coming Soon” has an uplifting quality that matches the intended message very well.

It just creates feelings of hope and optimism, putting a smile on the face of whoever hears it. NC.A is in top form as well. Her voice is clear as a bell, and she carries the optimism of the production into her voice like a pro. Listening to it, “Coming Soon” is a fun bubbly track that anyone will like. . . if you don’t know what NC.A saying.

“Coming Soon” is about a girl deciding to change her look, and how her new self is ‘coming soon’. I really like that lyric, as it invokes the image of a new film or drama, i.e. something splashy and attention grabbing. The first verse centers on NC.A deciding to ditch her old style of comfortable and efficiency for dramatic make-up and sexier clothes, and I like that. I love it, actually.

There’s this idea that makeovers are inherently evil. They take a girl who isn’t the most fashionable but is happy and turn her into a trend-following clone. But that’s not always the case. No matter what your style is, it’s possible to realize that you don’t like what you see in a mirror, and there’s nothing wrong with changing that reflection into something else that makes you feel better about yourself. A shy girl changing her style to something sexy is wonderful, as long as it’s self-motivated, and that’s the issue I have with “Coming Soon.” NC.A didn’t decide to change her look because she wants to, but because she thinks it will help her win a guy. 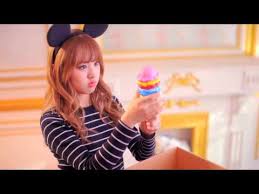 There are shades of the idea that by boosting her confidence NC.A will have the nerve to confess, but the overall implication is that NC.A’s new look isn’t who she wants to become, but who she thinks this boy will like.

No one should ever change themselves for another person. If the person you’re interested in likes blondes and you’re a brunette, do not think the way around that is a box of hair dye. Someone who isn’t interested in the version of you that you like best isn’t worth your time. It came so close to being a great confidant girl song, but “Coming Soon” just leaves a bad taste in my mouth.

The MV does not help. The biggest and most obvious problem is the dance. Namely, is the guy she’s into a penguin? Because the key dance move looks like a waddling penguin, and judging by the tuxedos, JJHolic knows this. It just looks so goofy. How did this happen? No, seriously, how? Was her choreographer watching nature documentaries, and thought “Those awkward aquatic birds! They are the next big thing”? It just makes NC.A look ridiculous, which is the other problem. “Coming Soon” is about becoming a more mature person, and apparently, no one told the director.

NC.A looks more childish here than she did in her last comeback, and that’s saying something. The whole point of the song is that NC.A is transforming her style into a sexier persona, but we don’t see that. She still wears outlandish, kitschy clothes, wears Mickey Mouse ears, and sings into lollipops and plastic ice cream cones over a microphone. It could be argued that because her new style is “coming soon” that her next comeback will be the one to show her change, but I’m skeptical. The whole point of a song about a personal transformation is the transformation, not the wait for it.

“Coming Soon” came so close to being a song I could really like. If it had been N.CA deciding that she wanted to change from the shy girl-next-door because she wasn’t happy with her look, and then turned heads with her new-found confidence, I could’ve gotten behind that. Instead, N.CA changes because a guy isn’t noticing her, and she thinks a sexier look will make him hers. It’s a small change, but it does matter. “Coming Soon” should have not come at all.