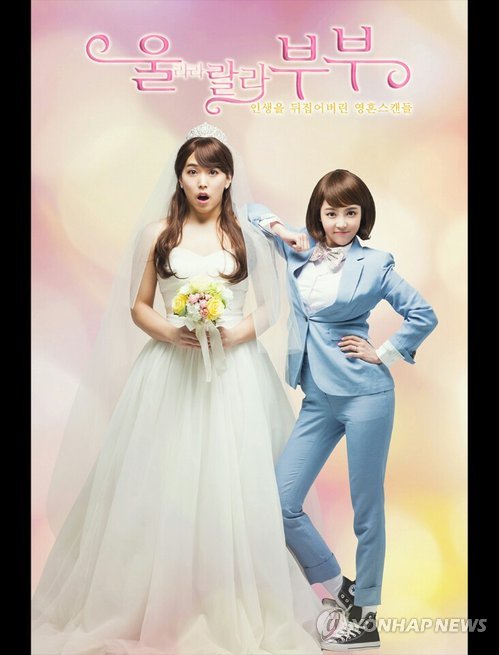 And, a very hearty congratulations to Super Junior‘s Sungmin and musical actress Kim Sa-eun, who tied the knot this weekend!

The wedding took place on the 13th, Korean time, at The Raum in Seoul; along with most of Super Junior, various SM and other idols were in attendance, as were a number of musical stars.

But the musical actors didn’t just turn up: they sang in the ceremony as well. Phantom of the Opera star Brad Little kicked off proceedings and Kim Ah-sun serenaded the couple as she played the role of ring bearer, while fellow Suju member Ryeowook performed a new song composed specially for the occasion. Finally, once co-stars Sungmin and Sa-eun sang a duet to complete the ceremony.

With his wedding, Sungmin becomes the first male idol to (openly) marry while active, following Wonder Girls leader Sunye‘s own wedding in late 2012. Having devoted their youth to making their many fans happy, it’s lovely to see idols now finding their own happiness… And have the cutest pre-wedding photoshoots, as you can see at right.

Readers, what are some of your favourite Hallyu wedding moments? It doesn’t even have to be real: it could be from a drama, a variety show (WGM, anyone?), film or even K-pop MV.

While you think about your answer, here is some more Super Junior, appropriate for the occasion: “Marry U.”