Singing-Actors: A Takeover Waiting to Happen? 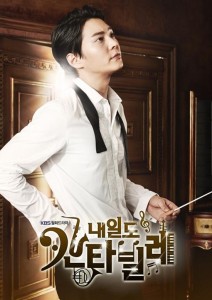 There is no denying that in recent years it has become a trend for idols to pursue acting as an alternative career, or to further the popularity of their group. Despite idols generally meeting with criticism at their acting debuts, it has not deterred the entertainment industry from having an idol play at least a minor role in practically every drama this year.

With this idol takeover it brings into question whether the opposite is possible? Could actors take over the music industry?

There has been an increasing trend within the entertainment industry for lead actors to sing an OST for their respective dramas. Big name actors like Kim Soo-hyun, Park Shin-hye, Lee Min-ho and Joo Won have all stepped out of their comfort zones to participate in their dramas’ soundtracks. Though it is obvious that a lot of actors lack singing training and are not meant to be professional singers, it has become clear that some of these actors can actually sing. So do they have what it takes to pursue a full-fledged music career?

If actors are to cross over into the music industry, they must have preexisting talent in music which can be used to combat the idol saturated industry. Idols spend years perfecting their talents — whether it be in singing or dancing — and as a result there is a high standard of production expected with every release. Actors would need to reach the same standard in order to compete with the young and talented groups; the mediocre singing used on OSTs would not be enough in this competitive field. That crosses out a lot of actors that have shown their ‘abilities’ in singing through OSTs.

If actors are compete against idols within the industry, they need take some time with which to practice and hone their talents. They would have to be completely serious about pursuing music as a career.  In relation to acting idols, most see acting as an extension of their music career — often using it to bring exposure to their group activities or giving them an option to pursue when their singing career starts to decline. This is where acting idols gain a lot of criticism as some believe that they do not have the talent or dedication to be in dramas.

However, there are some exceptions — such as Suzy, IU, Park Yoo-chun and Lee Joon — that are singers that have made names for themselves as serious actors. In comparison to idols, their is no room for actors to give a half-hearted attempt at music within the industry. To be success as idols, actors are going to have to pursue music because they want to, not because they deem it necessary to gain popularity. 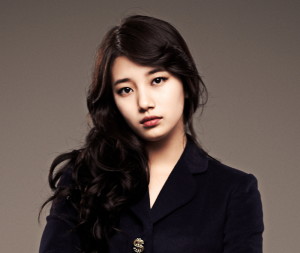 Furthermore, singing-actors would be debuting as soloists, which is a very demanding position to take up; one that mediocre talent and dedication would not be able to fill. Usually, soloists are picked as the best of the best, with the ability to eclipse the focus of an entire performance.

Though actors are often seen as ‘soloists’ in their careers, there is still a group aspect to their work. Actors feed off other actors to create entertaining characters and scenes, relying on each other to make a show entertaining. They will loose this collaborative aspect if they choose to pursue music. It is just them in the spotlight and everybody else looking on.

The only thing that could possibly give an actor a better chance in pursing music would be if they already had an immense amount of popularity. Popularity is a must for an actor to debut as a singer — opposed to idol actors that can start unknown and gradually create a name for themselves in acting. There are a few isolated cases of popular actors/actresses taking on the entertainment industry and succeeding as singers. Park Shin-hye started off her career in music by singing OST’s for her dramas such as Your Beautiful. Though her singing was no where as developed of those of an idol, she proved she was proficient enough. She has now gone on to release a few singles, such as “My Dear”.

The biggest success story, though, would be Lee Min-ho, who recently made his debut with the album titled My Everything. He has both the ability to sing and the popularity to back up his pursuit in music, proven by the commencement of his global tour. However, he is just one out of many with the right conditions in which to debut.

Right now the music industry is over saturated with artists, 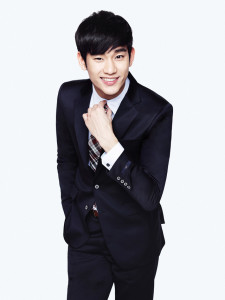 it would be unlikely for another actor to create the same conditions as Lee Min-ho or Park Shin-hye, unless it was someone like Kim Soo-hyun. The chances of actors/actresses infiltrating the music industry to great success are very slim.

As pointed out, the conditions for actors within the music industry are more difficult than those of an idol pursuing acting. An actor must have talent, popularity and dedication in order to have any chance of successfully debuting. It’s no wonder actors stay away from large music debuts and just focus on singing OSTs.

Despite the difficulties for actors to pursue singing seriously, it is clear that the lines between acting and singing are becoming more of a blur as each year passes. So, what do you think? Is it better to keep actors and idols separate, or is it time to blur the lines completely?