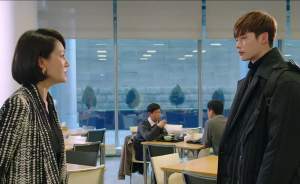 Pinocchio has aired its next four episodes, which can be described as nothing short of dynamic. With characters swinging between extremes and history being repeated, the drama is progressing impressively and taking some interesting turns along the way.

One of the most noteworthy aspects of these recent episodes is the change characters are undergoing. While the dynamic ones experience further character development, what is more intriguing is the “coming alive” of several static characters — they too are undergoing changes, or at least revealing a different side of themselves. We see this largely in Song Cha-ok, whose cool, indifferent demeanour is starting to crack, and to some extent, her character is rendered more likeable as a result. Upon reading Choi In-ha’s texts to her sent over the course of thirteen years, Cha-ok had finally began to treat In-ha in a more motherly way, which was warm sight to see. However, this kindness was cut short by In-ha’s public criticism of her during her “Fact and Impact” lecture, after which she lost her temper for the first time, and she lost it a second when Dal-po interrogated her on whether she had checked the medical reports on the cause of the bus driver’s death. Her outbursts of anger may be a less attractive portrayal of the collected anchorwoman, but it also paints her as human, at least.

On a smaller scale, we also see change in Choi Dal-pyung, In-ha’s father. A few episodes into the drama, I had assumed he would play the role of the parent who disapproves of Dal-po as In-ha’s boyfriend and does his best to discourage their relationship, yet increasingly, he is showing that he has quite a bit of affection for Dal-po. When Dal-po told him that he didn’t come from a particularly problematic family (omitting the fact that he has a brother who had murdered three people), he was willing to accept Dal-po as a son-in-law, even though this would mean giving up richer potential in-laws. Furthermore, his quiet “don’t go” when Dal-po was moving out had me in tears.

Although there is significant character development going on in these few episodes, the storyline is by no means being neglected; on the contrary, the plot has been becoming more compelling. It is safe to say that the action in these four episodes is almost entirely centred around Dal-po’s brother Ki Jae-myung — his rise to fame and his willing fall from it. I’ve talked about irony in Pinocchio before, but MSC’s transformation of Jae-myung into a hero is the cleverest use of it yet. Almost everything about the way he gained recognition was the same as what had happened to his father 13 years ago: a judgement of a person formed from an incident, the glossing over certain facts to convey a consistent story, the reporter (Cha-ok) who was the frontrunner in conveying the news. However, the outcome was vastly different: Jae-myung’s father, an honourable firefighter, became a coward and a murderer, while Jae-myung, an actual murderer, became a hero. 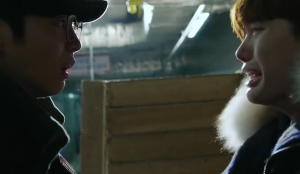 Of course, a discussion on the plot of these four episodes cannot leave out a mention of the long overdue reunion between the brothers. Their moments together can only be described as bittersweet — sweet because they were able to finally to speak to each other as brothers after having been separated for 13 years, bitter because the time they had together was short. Furthermore, there are specific moments when the two were together that were either bitter or sweet, both so tightly interlaced that the viewers are able to feel both within a scene. Take the restaurant scene for example, in which the good spirits Dal-po and Jae-myung were in were dampened when Jae-myung admits he had become a murderer.

The reunion and the events that followed came with waves of mixed emotions and tears. Boy were there many tears in these episodes. The characters shed a lot of them — Lee Jong-suk was dropping tears in practically every other scene in episode 11. Excessive crying scenes aside though, the latter two episodes had an strong ability to bring out the tears of viewers: the plot, the interactions, the  words spoken all contributed to the execution of incredibly emotional scenes. The image of Dal-po crying while hitting his brother after he first admitted his identity was heart-wrenching, and the moment when Jae-myung turned himself in to Dal-po was both surprising and moving; he gave up his freedom for Dal-po to do the right thing as a reporter. In-ha and Dal-po’s break-up scene was beautifully sad. When Dal-po moved out, Dal-pyung’s quiet request for him to stay was already enough to make one teary, but In-ha’s silent tears in her room and her grandfather’s loud sobs in his were absolutely heart-breaking. 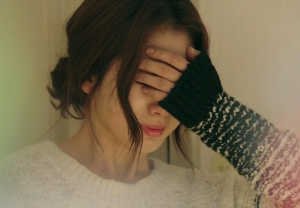 If I had to find something in this drama to criticise, however, it would be Dal-po’s cutting ties with everyone after sending his brother to jail, which I find needlessly drastic and overall an overly dramatic addition to the plot. I can somewhat understand why Dal-po chose to leave his adoptive family, but I’m not completely convinced by his whole “I feel sorry for my brother who suffered so I must suffer as well” reasoning. Usually a person in this situation would think to put an end to the misery of the other, not undergo the same misery themselves. In addition, I think Jae-myung made it clear enough during their time together that he wanted his brother to be happy.

Similarly, the break-up between Dal-po and In-ha was also quite unnecessary, as In-ha has made it clear on several occasions that she is actually on Dal-po’s side when it come to her mother’s wrongs. I therefore don’t see why she would get in the way of Dal-po’s revenge, aside from the inevitable mother-daughter connection between the her and Cha-ok. Furthermore, it’s not as if his revenge will be all that extreme — he seems to simply want to show Cha-ok and the world what a terrible reporter she is. His telling In-ha to drop the story of the bus driver’s death in particular seemed overly arrogant, and I’m glad In-ha called him out on it.

Now that eyes are turning towards Cha-ok, and Dal-po has officially waged war against her, Pinocchio appears to be moving towards its final story. The way things are going, Dal-po actually seems to have the upper hand, and while I’m rooting for our main character, I also don’t not expect him to be able to bring her down that easily. I’m curious as to how the drama will execute the reporters’ battle, and how the result will ultimately turn out.