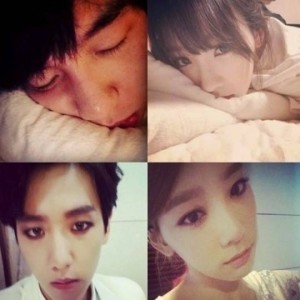 In this day and age, celebrities from all around the world try to break the image of being an unattainable and glamorous A-lister by letting fans have a look at their personal lives through social media. In the K-pop world, idols who have their own SNS accounts traverse dangerous territory, trying to please and entertain their fans by letting them have a glimpse into their lives. All the while, idols try to maintain the highly idealised image that the public has of them, whilst trying to juggle a relatable image to get close to their fans. This new dimension to idol life has opened up a can of worms, with fans now able to keep an eye on idols’ personal lives. These SNS accounts, such as Weibo, Instagram and Twitter have become a regular source of controversy and rumours, with hawk-eyed netizens descending on any and every post.

Recently, some netizens began speculating about a potential relationship between Girls’ Day’s Sojin and Exo‘s D.O, analysing posts on Sojin’s Facebook which seemed to paraphrase an Exo song. Sojin later seems to have refuted the rumours through a humorous post, putting an end to the gossip for now.

The fact that netizens were so quick to attempt to uncover a potential secret relationship goes to show how deeply invested some are into keeping tabs on idols’ SNS accounts. Netizens are now even more capable of sniffing out hidden relationships by piecing together bits of idols’ SNS posts, thanks to the Instagram-oriented dating scandal between SNSD‘S Taeyeon and Exo’s Baekhyun. This was the incident that first raised suspicions that idols, shock horror, don’t post everything for their fans only. Many irrational netizens felt betrayed that Baekhyun and Taeyeon left subtle references to each other in their Instagram posts, which were supposedly intended for the fans. Since then, netizens have been on high alert to uncover any other instances of secrecy and betrayal from their beloved biases, taking a magnifying glass to their Instagram accounts. This encroaches even further on what little privacy idols have, with the intensified paranoia leading to situations like that of Sojin and D.O, where groundless conclusions were made about their relationship status. 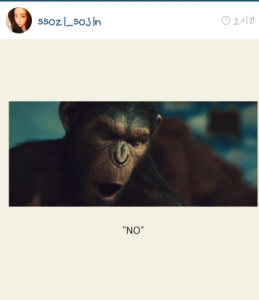 This over-analysis and paranoid observation extends into areas other than idols’ dating lives. B.A.P recently made headlines for their legal action against TS Entertainment, and netizens were quick to notice that in the lead up to the lawsuit, the members had become suspiciously quiet on Twitter and Instagram. This seems to have put some on edge, with netizens keeping an eye on other idols’ profiles in order to detect the slightest hint of discord.

Similarly, when Taeyeon went on a massive unfollowing spree shortly after Jessica‘s departure from SNSD, many feared that this indicated that she was also meaning to leave the group (which has so far proven to be a false notion.) In another similar case, ZE:A‘s Lee Hoo deleted his social media accounts shortly after the fallout with his company, leaving many worried about his status in the group and overall well-being. Understandably, all these developments have made many nervous whenever something negative is posted on SNS, as it may be an indication of a bigger problem behind the scenes.

In the wake of scandals and lawsuits this year, it seems like some idols have taken an extra burden on themselves in order to constantly prove to their fanbase that they are still a happy and functioning OT5/OT7/OT13 or whatever it may be. Whenever rumours hit the Exo fandom, for example, members like Tao and Sehun often go on an Instagram or Weibo spree, posting happy snaps in a desperate attempt to enforce normalcy. Similarly, idols will also take to social media to apologise to or communicate with fans, in order to create a personal connection.

Due to social media, idols are increasingly having to micromanage their own image online, effectively handling a lot of their own PR. On the plus side, we are able to feel connected to our biases, but this also opens them up to personal attacks. Everything is scrutinised, from what their display picture is, to who they follow and what they’ve liked. As idols share more and more about their lives, they also expose themselves more to criticism.

Netizens’ demands also means that the posts we see are less likely to be genuine. If idols feel pressured to present a certain image to fans, it defeats social media’s purpose of providing an intimate look into someone’s life. The posts we see then turn into fanservice or simply damage-control after scandals, something that the more militant netizens have brought upon themselves. 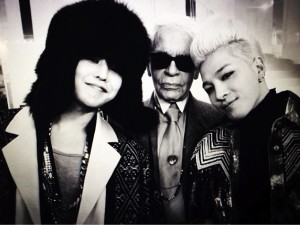 Thankfully, social media isn’t all doom and gloom for idols. G-Dragon, for one, is building an online, and therefore international, profile through his Instagram, spreading his image and gaining global connections. This is what we want from social media, where it can either be a fun escape or an outlet for an idol’s creative side. We want to see idols be more naked and human, through goofy videos and barefaced selcas. We want to relate to them by seeing their individual personalities beyond the manufactured front presented through the official channels.

Many netizens are notorious for their irrationality and obsessiveness, and unfortunately, social media allows for their attacks to hit closer to home for idols. Idols are now more accessible and accountable than ever, always under the watchful eyes of fans. To a large extent, us fans are the ones who choose which direction the increased usage of social media will go: will we allow it to be a negative outlet to launch personal attacks, or a place to appreciate the intimate slice of life we are seeing from our idols?