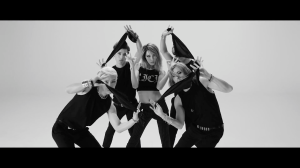 Every fan of K-pop realizes how integral dance is to the genre. Many would argue it may be the most important aspect, being based so much around music from the States—namely R&B, dance, and pop. However, as with the milieu of boy and girl groups that debut and continue to grow in number every year, there’s some choreography that gets lost in the fray. Among the “Mirotics” and “Abracadabras,” there are those pieces of dance that are actually so incredibly beautiful, it’s hard to imagine them part of this genre of cake and ice cream. From the second generation of K-pop to its current permutation, there are some examples of dance that are just spellbinding.

Naturally, as K-pop as a subgenre is riddled with different types of choreography and dance from many different choreographers both Korean and otherwise, this list has the potential of becoming long and drawn out. As such, this list is subject to a few of my own House Rules.

1. No practice videos. Though the artists sometimes tend to execute the dancing better and with more fluidity without the eye of a scrutinizing public (think Jaejoong in the dance practice video for “Purple Line”), I’m more inclined to want to only include choreography in its public-ready version.

2. Only original choreography. Though this seems like a no-brainer, many artists are wont to try their hand at pre-existing choreography. Note: The choreo can be an interpretation of a song by another artist.

Now, in order from oldest to most recent, I give you a list of some of the most underrated choreography in K-pop.

Classic powerful choreography conceived by one of the most gifted dancers and choreographers in the business, Brian Friedman. “Crazy” is a singular piece of electro-pop performed by none other than the “Queen of Transformation” herself, Lee Jung-hyun. She created some unbelievable pop music, using techno as her vehicle and giving K-pop a shake and stir. The choreography for this video lives up to the song’s name. It’s wild, fierce, powerful, and… oh yes, crazy!

It’s no surprise I’d manage to find a way to get Kahi on this list. Though I’m hard-pressed to find a piece of choreography from her repertoire that’s actually underrated, I’d say her Drumline inspired choreo for track “Bang!” counts as some of the strongest for female dancers in K-pop. When I think of dancers, I think of strength, fierceness, precision. Kahi embodies all those elements, and having a dance list without her on it in some way is just sacrilege. Despite some controversy concerning the song itself (the chorus was a sample of song “The Night” by Camillo Lauricell and Nika Kljun), this is still a strong piece of dance.

Another story-based piece of choreography, “Lip Stains” features Jay Park as the center of a love triangle between 5Dolls members Eun-gyo and Chan-mi. The choreography in this video is impressive because the dancing is so precise. The convincing “hip hop” execution of the two female leads is quite impressive. With a clip that’s somewhat reminiscent of Save the Last Dance, Eun-gyo is a classically trained dancer whose whole life is about technique and carriage. Hip hop is a universe that she desperately tries to become a part of so she might catch the eye of cutie Jay Park. Eun-gyo’s ability to execute both styles with surprisingly relative accuracy is especially noteworthy.

Quite frankly, picking choreography from Jay Park is almost as hard as picking a favorite flavor of ice cream. There are just so many that give me so many different emotions, but all of them have me licking my lips ’til the very last drop. The choreo for “Love Faces” left me… a bit… ahem. It’s the type of choreography that’s sorely missing in K-pop: raw, sexual, yet precise and sharp. Precise and sharp is pretty much Jay Park’s MO. He’s got an almost unparalleled ability to interpret dance to the point that it becomes him.

I’m extremely wary when I hear comparisons to the late Michael Jackson, especially in K-pop. However, when it comes to the true essence of dance, Jay understands MJ’s ultimate mantra: watch the greats and become greater. This isn’t to say Jay has at all surpassed Michael. But his choreography, especially for the song “So Good,” applies the mantra with great clarity.

To be honest, putting this on the list was partly because I wanted to use the song. “Symptoms” is one of the most shockingly gorgeous R&B songs K-pop has ever produced, and the choreography to the group’s live performance of it is just incredible. Simple, sexy, and emotional. As the counter to their Tony Testa collaboration for “Everybody,” “Symptoms” gave audiences something smooth and sleek, wrapped around emotional vocals from each member of the group, powerful R&B construction from the Underdogs, and Jonghyun’s heartbreaking lyric.

Back when WINNER was just known as Team A, this choreo comes from survival competition WIN: Who Is Next. The group’s own Seung-hoon imagined this piece of choreography, and it was probably the most unexpected part of the show. However, looking at the reactions from the YG Family, I wonder if they realized how special this piece was. Considering Team B (which later became iKon) aligned more in the spirit of YG’s hip hop-centric theme and won practically every week on the show, who would’ve thought we’d get a piece of contemporary jazz?

Perhaps one of the most surprising debuts and music videos of 2014 came with Wonder Girls member Yenny (under the moniker HA:TFELT). Her song “Ain’t Nobody” was both emotional and completely raw. The subsequent MV featured very simple choreography that beautifully captured the grittiness of the video itself and the sentiment of both the music and the lyric. The evocative choreography highlighted the vulnerability and semi-nakedness of being heart shattered and love worn.

This list, as most of my lists, isn’t exhaustive. I haven’t searched the entire K-pop spectrum for truly evocative pieces of choreography, but for those who know a bit more than I do, please share some of your favorites.