Workers Fight 'The Man' in "Cart" 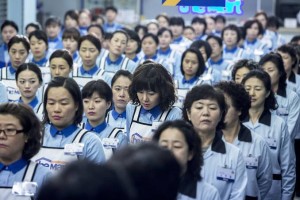 Contract workers’ dramatic fight for rights are put in the spotlight in the newly released film Cart (카트). It’s the first mainstream film to be made about this serious issue in South Korea. Yum Jung-ah (The Big Swindle) plays Sun-hee, a mother and contract worker for a large department store. She works alongside single mother Hye-mi (Moon Jeong-hee, Deranged) and Soon-rye ( Kim Young-ae, Birth of a Beauty). The contract workers find out that they will be fired for no apparent reason and decide to create a union to fight the company. The film showcases the struggle between the workers and the corporation. The film’s director Boo Ji-young wanted to show the human side of the workers, rather than just the political side.

The film sheds light on a very serious problem in South Korea. The problem surfaced again after the Sewol Ferry tragedy when it became known that many of the crew members, including the captain, were contract workers. 45.9% of South Koreans are irregular workers (this includes contract workers). Despite making up almost half of the economy, these workers only make about 49.7% of the wages of regular workers. Companies are hiring irregular workers because they can pay them less and fire them whenever they want to. They want a workforce that they can easily change and remain competitive. Since regular workers are more protected under the law, companies hire, and exploit, irregular workers. Although the company saves money, a significant portion of their business is handed over to people who do not necessarily have enough experience or training. This can be disastrous as we saw in the Sewol Ferry disaster where workers were not given regular training about basic emergency procedures. 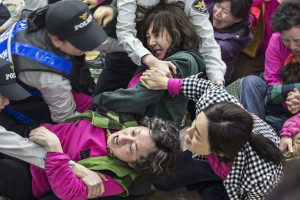 Cart comes at a time when change is desperately needed. It highlights the stresses of trying to provide for your family knowing that you could lose your job at any second. This is a problem not just for the workers, but for every South Korean citizen. Irregular workers make up almost half the workforce, but with very little buying power and job insecurity South Korea’s economy could be severely hurt. This film combines narrative with a political message, so it should be interesting for everyone.

Check out the trailer:

P.S. Exo fans might also want to check out the film since it features D.O. in his first acting role!

For Your Viewing Pleasure: Blazer It Up 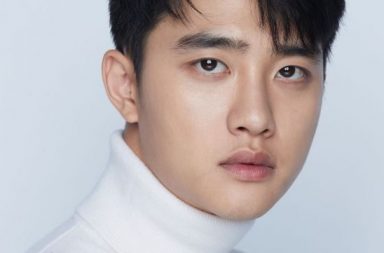