MAMAMOO is Fabulous for "Piano Man" 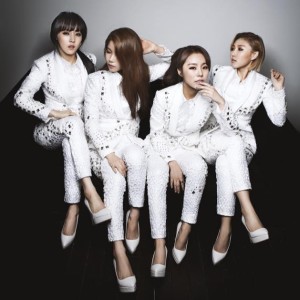 When you think of MAMAMOO you think of powerful divalicious vocals and snazzy style. “Piano Man” is no exception. The rookie quartet continues to be fabulously retro with their latest comeback.

“Piano Man” is an electric swing track about a woman’s desire for the piano man. The introduction features Whee In asking if you (the piano man) are ready for perfection, in her smoky, sultry vocals. It’s fair to say that we’re ready. After some more flirtatious introduction, the electronic aspects kick in. While there are still traditional jazz/swing elements — such as the heavy dose of the piano and brass — the song maintains a modern feel.

Those who are familiar with the group will probably find the included allusions to the “Mr. Ambiguous” track and their “We Are MAMAMOO” introduction a funny little added element to the song. The girls show off their impressive harmonizing skills during the chorus and Moon Byul‘s rap has just the right amount of feistiness.

The “Piano Man” MV is the work of Kwon Soon Ook of Metaoloz and it was well worth the delay. The music video matches up very well with the music.

To set the mood for what’s to come, the opening scene’s background music is key. It features a saxophone, piano, and snaps. Couple this with the black-and-white filming color and credits, and “Piano Man” initially feels like the opening title sequence for a film noir. I half-expected some contemplative voice-over done by a deep-voiced man.

The MV continues the trend of the girls featuring popular male artists as part of the plot characters. This time, B1A4 maknae, Gongchan, has his chance. In the MV, he plays the role of the piano man, i.e. the target for seduction. His character does offer some confusion. In the opening scene, it seems like he’s a mysterious stranger, seeing that he slinks along the alley to take a phone call (perhaps he’s a spy. Ooooo.) Gongchan’s piano man character has a bit of a Humphrey Bogart feel, and is a perfect representation to fit into the bar concept. 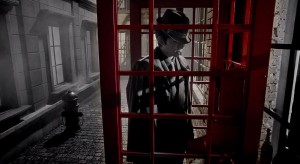 The members of MAMAMOO also play characters: Hwa Sa – bartender; Whee In – waitress; Solar – vocal; and Moon Byul – dancer. Each member uses their particular set of skills and position to gain the piano man’s attention, whether it’s singing beautifully or getting flirty at the bar.

The MV is filmed in a manner that is becoming quite popular in K-pop: black-and-white with pops of color. Although the color is usually red – which is used on the phone booth and curtains in the MV – “Piano Man” also highlights the color gold. This pop of color is only really used to show off the members, and draw your eye to them.

Eventually, the whole MV goes to color during Moon Byul’s rap. This shift in full color marks the climax of the MV: the girls have everyone’s attention and it’s time to party. Of course, when you have that much charisma, it’s hard not to gain everyone’s attention.

The dance deserves attention. The work of the girls’ themselves, the choreography for “Piano Man” is fun and matches well with the song. The girls mimic piano playing motions and combine both sweet and seductive moves. They also throw in some foot-stomping tap moves and clapping – which is also in the background music. Given tap dancing’s close relationship to jazz, this was a smart choreography decision by the group. They even include actual tap dancers in the MV, so thumbs up for sticking to the concept. 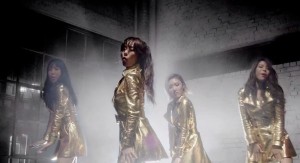 While we don’t see it in the actual live performances, the best move in the MV is Moon Byul on the bar. Giving her the role of dancer was such a smart choice (we were able to see some of her moves when MAMAMOO debuted, so it’s a natural fit). When Moon Byul goes sliding across the bar top on her knees, there was an urge to stand up and give a round pf applause.

There’s no denying that MAMAMOO is one heck of a good group. From their talents to their style, they stand out and beg for much-deserved attention. “Piano Man” is just the latest great release from them. It’s subtly sexy and fun, and another impeccable representation of the talent the quartet possesses. MAMAMOO looks and sounds fabulous, and they have the attitude to match the brassy sassiness of the swing sound.