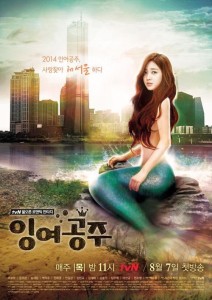 Surplus Princess is only four episodes into its run and already it has become one of the best comedys of the year. Not a single episode goes by where the drama doesn’t manage to elicit laughs whether it is due to Ha-ni’s persona, the roomates’ actions, or the wonderfully-selected soundtrack.

Surplus Princess follows mermaid princess Eileen (Jo Bo-ah) who wishes to become a human. She is obsessed with human things such as food and dramas and most importantly, her “one true love,” Chef Kwan Si-kyung (Song Jae-rim). Eileen enlists the help of the witch Ahn Ma-nyeo (Ahn Gil-gang) to become a human and through her rush to become human drinks a potion with a consequence — she must find true love within 100 days or vanish forever.

What makes this drama so refreshing is its blend of realism into such a crazy premise. Eileen becomes Ha-ni and is not just curious about the world but about her new human body as well. The fact that Surplus Princess actually included Ha-ni checking out her body and her new “lady parts” is something that a network drama could never get away with.

Her complete objectification of Si-kyung and his butt is one of the best running highlights as well. Not only is the gaze placed on the man, but Ha-ni’s sexual agency is always emphasized. It’s things like this that make Ha-ni well-rounded. Yes, she is naive and innocent about the human world, but those things are not her defining characteristics unlike many other female leads. 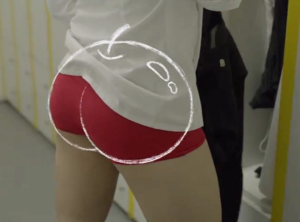 Of course, what makes Surplus Princess so great is that Ha-ni is not the only well-rounded character. Episode by episode, the other characters are becoming fleshed out. Hyun-myung is a struggling artist who has been applying for salary jobs for years with no luck. Being dumped by his long-time girlfriend Yoon Jin-ah (Park Ji-soo) hasn’t helped either.

One of Hyun-myung’s greatest scenes was when an interviewer, ignoring Hyun-myung’s qualifications, asked for a portrait. Hyun-myung’s insolence came in the form of a middle finger being worked into the portrait. This incident showed a different side of Hyun-myung instead of the clingy boyfriend we had come to expect. As he continues to grow throughout the series, it will be interesting to see if he will thrive in the corporate world or return to art.

The other characters are mainly there to provide comic relief but Surplus Princess still manages to respect these characters instead of turning them into jokes. They’re funny, yes, but also human beings.

Hye-young does absolutely ridiculous eating broadcasts (including rabbit and Frozen-themed broadcasts) but is still a caring and accepting friend with a potential unrequited love. Big is the daft pretty boy with a sincere heart who just wants his love to succeed. And Ji-young is an introverted man who, in any other drama, would be a complete joke. Yet in Surplus Princess, he is treated as a human being who has feelings whether they are about his crush on Ha-ni or desire to succeed in life despite his lack of confidence.

Ji-young’s best scenes are his emotional scenes that can only be understood if watched. His preparation of ramen was absolutely hilarious as was his parody of G-Dragon’s “Crooked” at the fish market, shown above.

Surplus Princess’s soundtrack deserves more recognition and again, it’s something that must be experienced throughout the drama in order to understand how well-done and funny it is such as the music that plays when Ha-ni witnesses Si-kyung undressing. Another example is how the Attack on Titan theme song plays whenever Jin-ah’s multi-lingual, scary boss appears.

Surplus Princess is such a funny drama that it doesn’t even bother me that the show has not explained anything about mermaids or their kingdom. The characters are all quirky but this does not define them or keep them from being three-dimensional. In fact, it’s Surplus Princess’s greatest strength that it respects its characters while allowing them to be weird; they’re not weird for weird’s sake but rather it’s a part of each of their personalities.

Surplus Princess’s first four episode have made me laugh out loud more than any other drama in the past few years while still maintaining a coherent plot. And if it keeps its charm, it will definitely become the comedy of the year. Surplus Princess is a fish out of water comedy — literally — that is both hilarious and heart-warming and if you’re not watching it, you should be.

Favorite scene so far? Which is the funniest character to you?