Series Overview: Fated to Love You is a Bundle of Laughter and Tears 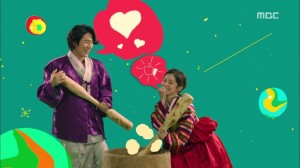 On the back of the finale of Fated to Love You, I’d like to say that the show will stay in my memory as the drama with the best character interpretations. It features the reunion of Jang Hyuk and Jang Nara, who starred together in Successful Story of a Bright Girl ten years ago. While Fated‘s plot is nothing out of the ordinary, the characters are really what steal the show and cement it as one of my favourite dramas ever.

If you’ve seen the Taiwanese version, you’d have a good sense of the plot – a one night stand, a pregnancy, a forced marriage, and then, a miscarriage. Cue angst with a capital ‘a’. Despite its homage to the original, the Korean producers have taken liberties with the the story, weaving an entirely new series with fantastic characters. I was pleasantly surprised by the end result, which bore minimal resemblance to the original.

Fated really struck gold with its casting. Jang Hyuk and Jang Nara were perfect in their portrayals of the off-his-rocker Lee Gun, and the soft-spoken meek Mi-young. I’m not going to lie — I was quite wary of how Mi-young’s character would turn out, since female doormat leads aren’t exactly the most exciting to watch. Despite the very obvious traits of a ‘post-it note’, Jang Nara brought an added dimension to the role, and it was impossible not to fall for her and root for her. 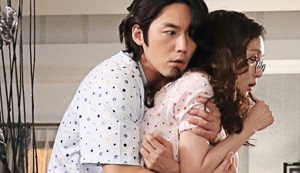 While certain portrayals of clueless female leads frustrate me to no end, Mi-young was different — she evolved into a lovable character. Jang Nara injected her own nuances into Mi-young’s earnestness, and that made for a great character. Conversely, if badly done, the role could’ve ended up a typical poor, unlucky, and weak doormat. Another key difference is that Jang Nara wasn’t trying to prove that Mi-young was a pitiful lady. In fact, it didn’t feel like she was trying to do anything at all. She was the character from head to toe, from her cute giggles to her heart-wrenching sobs, from her gentleness to her satoori, from the way she tugged at the viewers’ heartstrings. Her presentation of Mi-young felt 100% organic and wholesome, right down to the smallest details. She brought out the winning aspects of her character and made it appealing. Like Gun, Mi-young crawled her way into the audience’s hearts.

Jang Hyuk played his part as well. Gun’s character ventured a little more into the bizarre than was expected and man, did Jang Hyuk commit. Most of the actor’s previous roles have been rather chic and brooding characters, and it was awesome to see how he totally embraced the manic energy of Gun. His laughter was absolutely one of a kind — how can anyone forget that ringing sound of craziness? And yet, Jang Hyuk still grounded his character wonderfully. It’s amazing how he can go from one scene of patting Secretary Tak’s butt (love that bromance), to being a horny guy losing self-control, to a scene of silently grieving over his Keddongie. It was utterly heartbreaking to see how he masked his pain with work that only his closest friends could see. The actor drove the nail deeper with his expressions that made you feel a thousand emotions at once. 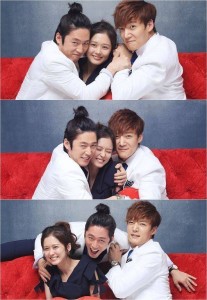 The supporting cast rounded out the splendid performances of the main leads. Daniel Pitt (Choi Jin-hyuk) for one, was sweet as the fake-priest-turned-neighbourhood-oppa. Se-ra (Wang Ji-won) though, was an exception — she could’ve been written out of the drama and no one would’ve noticed. From Secretary Tak right down to Mi-Young’s mom, the characters contributed their own winning silliness to the show. Ji-yeon and Yong (Choi Woo-shik) hopped on the bandwagon of the many relationships that made me get toothache — even Dr. Octopus got hitched!

While time skips are generally used as a crutch for lazying storytelling, I think Fated‘s three-year time skip was utilised in a clever way. Especially for Mi-young, her short time with Gun made her realise that she had her own dreams that she wanted to pursue, and the three years was necessary for her to find her own identity. If she had stayed with Gun, her identity and life would’ve been reliant on him. It was also great to see her gain confidence in herself. Kudos to both actors for portraying convincingly the before and after versions of their characters, as they both seemed significantly matured and weathered after three years.

And while Gun pulled the annoying self-sacrificial trope, which dragged on for way too long, Mi-young effectively quashed his ridiculousness in a beat. And then, teamwork came into play as both of them had to convince Mi-young’s mom to give them permission, which is a conflict less contrived than noble idiocy. Mi-young’s mom’s dilemma was immensely heartbreaking — her desperateness to spare Mi-young from the pain of losing her other half at a young age was so raw, even though we saw clearly how she cared for Lee Gun as a son. It’s a conflict that’s believable and real, and I’m glad that the couple allowed their lovey-doveyness to do most of the persuasion. 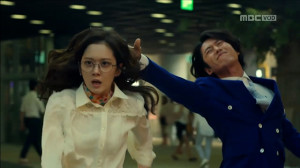 Humour-wise, the writer did a thoroughly genius job. From the craziest animal nicknames (Dragon, Octopus, Snail), to the quirkiest quotes and gestures (‘hamo hamo’), to the non-stop meta jokes, every moment of it was brilliant. The only gripe I have is that it could’ve very well been a 16-episode series with a reduced amount of ‘mopey Gun’, which would have led to a much tighter narrative structure. But then again, who am I to complain about a whole final episode devoted to an epilogue of a winsome couple being cute?

I’ve generally acknowledged that there are no perfect dramas, but Fated comes very close with its charming ensemble cast of offbeat characters. Ignoring all the what-could-have-beens, Fated was a gratifying journey, bouyed with outstanding fleshed-out performances, lovable characters, a laugh-out-loud script, and ridiculous hairstyles. At the same time, it didn’t compromise on doling out a roller-coaster ride of emotions, with substantial character development and meaningful character beats. Jang Hyuk and Jang Nara were totally dedicated to their characters and that carried through to the show entirely; their off-kilter and grin-inducing chemistry was also off-the-charts in terms of cuteness and hilarity. Give this drama a go and you could find the characters worming into your heart and setting up a home.

For those who’ve seen it, what were some of your favourite characters and scenes? Tell us below!