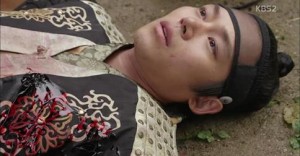 So Joseon Gunman finally comes to an end, after a two-episode extension. And the one question I asked myself at the end was, how many people died?

Let’s see — Hye-won died, Merchant Choi died, Ho-kyung died, Adminstrator Jung died, Kanemaru died, Sang-chu died. While such a bloodbath usually serve no purpose other than to make an impression on the audience, I appreciate that all these deaths had a narrative purpose and motivation for it.

For me, Hye-won’s death was just — oof — crushing to watch. Her character especially shined in the first portion of the drama, where she was an independent and confident woman, capable of making her own fate. With her attempted suicide came a crossover to the dark side, blindly following her father’s footsteps. Since their father-daughter relationship was the one redeemable aspect of their villain-hood, it was utterly heartbreaking when Merchant Choi shot the damning bullet into her heart. While the bullet ultimately ended her life, it simultaneously removed the one purpose of his life. With that one bullet, two lives suddenly came to a standstill. Hye-won’s dying words especially rang true — When our life is on the brink of death, our perspectives suddenly becomes clearer and we see what’s truly important. Too bad the both of them realized it too late. 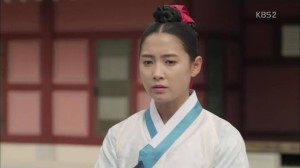 With regards to their daughters, both Adminstrator Jung and Merchant Choi had them in the centre of their universe, even if they showed it in different ways. While Merchant Choi resorted to desperate measures, Administrator Jung’s vision for the new world was partly for Soo-in to be given the social construct to pursue her true passions. And although he unfortunately fell in the fight, it seemed like a beautiful legacy for Soo-in to take up the mantle and fulfil her dad’s dying wish. While I hoped that her court-lady-spy role would put her on the front line and make her a much more exciting heroine, I was sorely disappointed on that front. She didn’t do more than some eavesdropping and bomb-making, and she actually did a pretty bad job at concealing her spy identity.

While the show tried to sell that Soo-in was fighting this fight to continue her father’s dream, there were many occasions that she insinuated her true purpose was to clear Yoon-kang’s name, which frankly makes her somewhat like a lovelorn fool instead of a filial daughter. Her will often wavered, and I think she could have picked up a tip or two about resilience and resoluteness from Hye-won. While she appeared to be playing an active role, she mainly did a bunch of passive reacting, worrying, and pandering to Yoon-kang’s whims.

Since most sageuk pieces have limited artistic freedom to alter history, Joseon Gunman did a fantastic job of weaving these characters in. With our heroes on the losing side of the rebellion, it would be a challenge to portray our heroes in a favourable light. Although it was easy to root for the good guys at the start, the latter half of the series brought out the ambiguity of their goodness. Their ideals and perspective might be correct, but what does it really mean if you resort to the same underhanded means as the bad guys? Using each other to trick the king — that sounds like something the villains do. 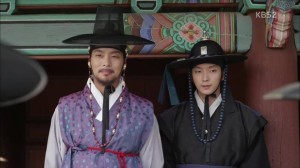 Fortunately for the viewers, the series was able to draw a line between Yoon-kang and the Kaehwa gang, even if they were technically playing on the same side. From the start, Yoon-kang was merely a pawn in the bigger scheme of things. His skills and goals were aligned with the Kaehwa group, so it seemed like a pity to not to put their heads together. However, the writer smartly distinguished the unorthodox methods of Kim Ok-gyun from the smart and visionary ideas of Yoon-kang. While it’s demoralising the ‘good’ guys eventually lost, history cannot be rewritten, and I frankly believe the writers did the best with what they were given.

In general, Yoon-kang’s struggle was the realization that revenge doesn’t solve anything. It speaks so much about his change in mindset, that he didn’t even bother to kill off Merchant Choi (who eventually shot himself). He eventually comes to the epiphany that his talents should be used to help others, instead of achieving his own childish goals. I was especially encouraged to see him continue his role as the “Black Gunman of the Full Moon” (or Iljimae) with his own posse, rescuing people and bringing hope, even if he had absolutely no obligation to do so. 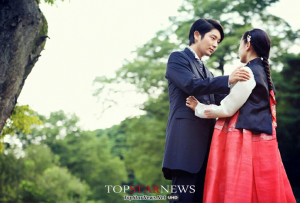 It’s incredibly sweet that our main couple eventually got to live their desired normal life, even at the expense of many of their loved ones. Ho-kyung left in a way that was very him, nobly sacrificing himself so that his unrequited love could be together with her true love. His role as a double agent added a tragic note to his character, since the conflict of his birthright and political caused him mistrust from both sides. Kanemaru and Sang-chu both died while saving Yoon-kang’s ass, and it speaks volumes about his character that he has such loyal sidekicks who would die for him.

In all, Joseon Gunman was an incredibly satisfying watch. It had a ton of suspense, action, and political manoeuvers, but it still invested a lot in character growth and relationships. The various familial relationships and friendships were well-developed, from Jung-hoon’s unwavering friendship, to Sang-chu’s and Je-mi’s amusing love line, as well as adorable Yeon-ha and the little boy’s hero worship.

Plot-wise, the drama sort of turned into How Many Ways Can We Foil Yoon-kang? Having the bad guys one step ahead and constantly outsmarting Yoon-kang made it frustrating as a viewer, and it doesn’t help that the show constantly foreshadows the failure to us. Heck, even the teamwork between the baddies was way more efficient than the communication amongst the good guys. It was satisfying to see the baddie group fray at the sides as each started having their own agenda, but at the end of the day, the plot threads remain simplistic at best. 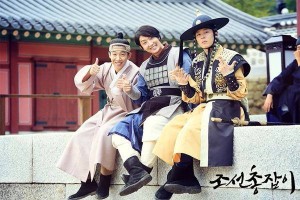 At the same time, wishing what could have been is never the point, since Joseon Gunman still delivered a nail-biting and emotionally crazy ride. I was never sold on the main couple and the political stuff going on, but I was pretty much sold about everything else. After having been burnt so many times by good dramas ruined with terrible endings, Joseon Gunman allowed me to heave a sigh of relief with a ending that was uplifting, albeit expected.  A gunman, initially fraught with revenge, now traversing around to help people, with a trusty wife at home. I like it, even if he could probably lose that facial hair.