Mellow Out to Ra.D's "Soundz" 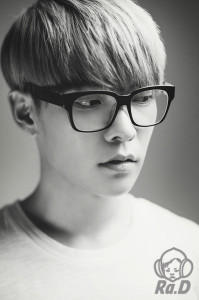 Ra.D is a one-man, music making machine. His latest album, Soundz, is the work of himself, entirely. From producing to mastering, Ra.D did it all. Among all the flashy and loud music for the summer, sometimes you need a little mellowness to help you relax (and rest your ears). That’s not to say the album doesn’t contain some danceable tracks, but they are done in a less abrasive fashion.

To start the album, Ra.D uses a short intro song, “Sorry.” On the surface, the song is about being late to an appointment with his lover. However, it also serves as an apology for making his fans wait so long for him to comeback. “Sorry” is a fine way to begin the album since it puts the listener into the right frame of mind regarding what’s to come: some smooth R&B. With the simple instrumentation and Ra.D’s inflection on parts of the song, “Sorry” gets you in the groove.

“For Me” is the first love song on the album. It serves as an ode to the woman he loves. For example, despite affirmations to the contrary, some men really do like a woman regardless of their weight. The woman takes his breath away so much that he pleads for her to give him some room. However, by the end of the song, he’s pleading for her to come closer so they can both breathe.

Musically, “For Me” has the jazzy and funky groove of classic R&B songs. Although the synthesizers and bass hit the beat heavily, the song is still very light.

Following the lightness of the first two tracks, the album switches things up a bit with “Shawty,” featuring rapper Inbal. Okay, we can stop laughing at the title. Described as “African” and “urban,” the song is funky. The use of “African” does make some sense: the drumming sounds like that associated with, what the general public would describe, as African beats. The pairing of this style of percussion with the brass makes for a rather odd sounding track. It takes a few listens before the melding doesn’t sound so weird to the ears.

Next, we have three “escapism” tracks.

Prior to the release of the album, Ra.D released the MV for “Fly Away.” The song encourages people, and Ra.D, to break away from the doldrums of everyday life. In a similar fashion, the MV features Ra.D partaking in a new and thrilling activity: skydiving. It follows his journey from training to landing, and, by MV standards, it’s quite simple. To fully encompass the skydiving, the lyrics even use the phrases for procedures used during the jump, such as “Prop. Ready. Set. ARCH.”

Ra.D’s ability to change his vocal styles is apparent in “Fly Away.” He can smoothly transition from staccato pronunciation to longer notes. His voice almost matches the syncopated guitar in the background. The track is lighthearted, and you simply want to start singing “fly away” right along.

If you can’t fly away, then you can always drive away. Like “Fly Away,” “Drive Away” is a song of escapism. This time, Ra.D wants to drive to the sea to hide away. The song has almost a break-up vibe as Ra.D seems to lament his younger days when things seemed better with his lover. But now he wants a fresh start and so much so that he asks the lover to let him drive away. Despite this seeming sad, the song is actually upbeat and lively. With strings carrying the melody and a strong bass line, the song is another step away from the rest of the tracks. “Drive Away” is fitting for a summer road trip.

The third of the escape songs is “Hawaii.” The track features Lee Na-rae of Ra.D’s label, RealCollabo. As the title suggests, this song is all about Hawaii being a paradise which he shared with his lover. Initially, the track sounds like typical R&B. However, Ra.D throws in a little extra flair: a ukulele. How appropriate to feature an instrument synonymous with Hawaii. Is there such a genre as “Hawaiian Coffeehouse?” If so, “Hawaii” would be perfect for the genre. 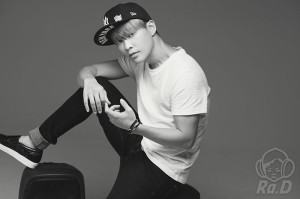 After effectively escaping, Ra.D is turning on the charm. Logical, because what’s R&B without some sexiness? “Good Girl” is all about loving on a woman because he loves her. It’s not just physical – though that’s the main gist of the track – but also about being a good mate. Ra.D mentions the desire to be his lady’s Superman and helping her out. That’s swoon-worthy, right?

The song is just as slick as the lyrics. By using a lower BPM, “Good Girl” is a bit of a smooth baby-making song. No need for speeding up expressions of doing things right. The instrumentation is also a bit different. It features some interesting sounds in the background with the synthesizers and drums — don’t ask me what everything is, because I don’t know. Regardless, it has that unique feel common in Ra.D tracks.

Ra.D’s Soundz also treats listeners to simple and beautiful ballads. Being accustomed to his R&B style, these tracks are rather surprising.

First up is “Lullaby,” which is aptly named. Due to its melodic smoothness, it almost does make you want to sleep. The track features guitarist Yu Wung-ryul, who also helped in the composition. Although the song lacks in lyrical quantity and instruments, it still makes an impact. You can feel the love being expressed. “Lullaby” is like an “awww shucks” moment for the album.

Accompanied by pianists Lee Bak and Jeon Sang-min, “Still (0416)” is an elegant ballad. Like “Lullaby,” it is also relatively short in the lyric department as the song is essentially a showcase of the piano. This is great because it’s beautiful. The lyrics have such sadness that any additional instruments would strip it of this feeling. Ra.D is seeing his love clinging to another, and so he waits in the stillness for something to change. You can almost imagine him crying while singing. That’s a good sign of how skilled Ra.D really is.

“As Always” is another title track from the album. It stands out in that there is no hint of R&B. Instead, it is acoustic rock. It also uses rather unexpected percussion: bongos. “As Always” compares love and breakups to the normal parts of life, such as the wind and seasons. These things happen, as always.

The accompanying MV is a nice artistic use of a projector. Who needs a green screen when you can project all the images you want directly on set. Also, Ra.D interacts with the images that match up with the lyrics he’s speaking of at the moment. For example, when he mentions the sea, images of waves appear with him seeming to sit in them. This low-key art matches well with the song.

The last full track has an old school, hip-hop feel and is done in a G-funk style. Featuring rappers UMC, KeepRoots, and Hyunsang, “1998” is a blast to the past. The track is significant because 1998 is the year Ra.D started making music, and the rappers are friends of his from back then. The song reminisces about the time and how sometimes they wish they could return. They even drop the names of the people they had wanted to emulate. The best line is Ra.D calling Michael Jackson an alien — that was pretty funny.

Overall, Soundz is the musings of a man; from love to life in general, Ra.D’s thoughts are put out there for the world. It’ll hit home for some people as there is relevance for the lives of the public. Likewise, the music is so diverse that someone can probably find at least one track they like. Soundz is smooth and, in a way, comforting.