Gag Concert and Foreigners: Not A Good Mix

Gag Concert has a grand history as the longest running comedy show on South Korean television. Beginning in 1999, Gag Concert has managed to keep up with a rotating cast of comedians and new and newer skits. As a sketch comedy show, Gag Concert comprises of “corners” featuring certain scenarios, like Bboom Entertainment and Discoveries of Life. These skits have been retired, though, to make way for new material. And that new material is this (Note: video may not be viewable in your country):

Mansour Corner depicts the life of a rich Arab man by the name of Mansour, who flaunts his wealth by dressing like the king from Aladdin (among other cultural inaccuracies). He interacts with his Korean staff to hilarious effect (at least to the live audience watching), with his “children” frequently joining in. This particular segment first started in 2013 and has been appearing on the show since; but you wouldn’t know it if you relied on KBS World TV for your GagCon fix.

Following previous controversies regarding the use of blackface on Gag Concert, KBS has been careful to keep material that would be considered offensive to the international community off the KBS World TV YouTube channel. But you can still see instances of blackface and Mansour Corner skits on the broadcaster’s Korean-language YouTube channel.

However, not subtitling Mansour Corner skits has apparently not let KBS get away with stereotyping Arabs unscathed. It was reported late last month by the Korea Herald that KBS would be changing the name of the segment. The reason? The station had apparently been approached by the Korean National Oil Council and informed that the name was a “discourtesy,” as it just happened to also be the name of the Deputy Prime Minister for the United Arab Emirates. 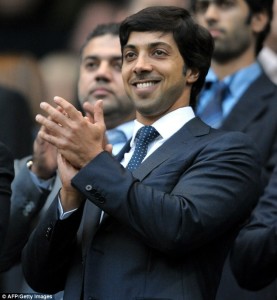 Sheikh Mansour bin Zayed bin Sultan bin Zayed bin Khalifa Al Nahyan is part of the ruling family of the UAE, and is half brother to the UAE’s president, Sheikh Khalifa bin Zayed Al Nahyan. In addition to governmental duties, Sheikh Mansour owns Manchester City FC, and through it owns another two clubs in as many continents: Melbourne City FC in Oceania and the newly created New York City FC in North America.

The Sheikh is also the chairman for the International Petroleum Investment Corporation, as well as a member on the Supreme Petroleum Committee (SPC). The SPC oversees the Abu Dhabi National Oil Company (ADNOC), which in 2012 entered into a joint venture with KNOC to develop three oil fields in the UAE. So, you can see why KNOC would have said something to KBS: having a popular show in your country seemingly target one of the people from the company you’re in a joint venture with for laughs isn’t exactly great for business. As would be targeting the deputy prime minister of another, rich, country for mockery: that’s not good for business, or diplomacy, either.

And so, the name of the segment has now been changed to Ukhsour Corner, with the replacement word meaning “extremely hilarious” in the Gyeongsang provincial dialect. In an even stranger turn of events, KNOC later came out and refuted KBS’ claims, but the change was made anyway. KBS even went above and beyond, announcing that the name “Muhammed” would no longer be used on the show, “out of respect to Islam.”

Netizens approved of the move, though mostly because they were worried that making fun of a specific Arab man would in turn make South Korea a target for terrorism. Yes, because that’s all it takes to spark a terrorist attack: making fun of some Muslims for being rich. I’m sure the netizens making these comments would see just how ridiculous this sounds, were it not for the Islamophobia muddling their brains.

It’s nice to see Gag Concert make these changes, but ultimately what we are seeing happening is nothing more than people migrate from one false stereotype, that Muslims lack refinement and thus humanity despite enormous wealth, to another, that Muslims are vengeful and will blow you up if you upset them.

Sheikh Mansour’s family is very rich and very powerful, and that actually makes it a great subject for comedy; after all, one of the greatest gifts of comedy is the ability to criticise the privileged with laughter. However, using outmoded racial stereotypes is basically squandering the material that is already there; saying that rich Arab Muslims lack sophistication is what is really unsophisticated here. 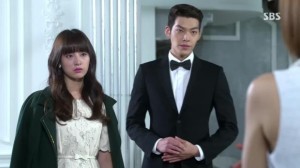 If Gag Concert really did want to go after rich people, why, there is a wealth of targets within South Korea itself. Just about every K-drama has chaebols, so why not have them in K-variety too? That Gag Concert would ignore a home-grown source and use foreigners is disturbing, to say the least.

It’s not as though the now-named Ukhsour Corner is the only racial blemish on the show — the Yellow Sea segment portraying Chinese-Koreans as inept scammers continues to air — but it does go a way towards alienating a group of people who avidly consume of Hallyu. We know that South Korea is very interested in spreading its soft power to other corners of the globe, and mocking the people in these corners is a poor business move; however, even if attempts are (and have been) made to keep this kind of material only within South Korea, it will only lead to a nation of intolerant citizens, which will only hurt the nation in the long run. And the sooner Gag Concert realises its part in contributing to this problem and goes about fixing it, the better.