"Show Me the Money 3" Is Losing Its Way 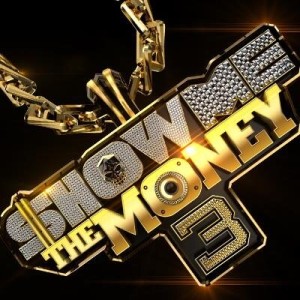 Show Me the Money is a show with a nice premise: showcase underground and non-mainstream rappers in a competition. They compete against each other and in crews, and whoever the audience loves the most gets paid. For Season 3, they courted big names for judges: Tablo, Masta Wu, Swings, San E, Dok2, The Quiett, and YDG. Even better, there are familiar names competing, such as Vasco, Giriboy, and Bobby and B.I of WHO IS NEXT: WIN’s Team B.

Despite all this, Show Me the Money 3 is having a difficult time lately. Audiences, both domestic and international, are becoming exasperated. The participants and judges themselves are even questioning the program. From questionable editing to inappropriate language, things aren’t going well.

Reputation is important to someone in the music industry, even in hip-hop. You may want to be seen as tough and crass, but if people see you as problematic and disrespectful, your career can be put in a state of stagnation. Even rappers don’t want to be known as rude bastards when trying to gain ground.  This is why the editing of Show Me the Money 3 (Episode 3)  is creating such an issue.

Contestant Snacky Chan, who’s been in the business for quite awhile, took to Twitter (1 & 2) to voice his complaint. Although he hadn’t seen the airing of the July 17 episode, he had been told that he came off badly. He was quick to point out that he had been the victim of the editing team.

Furthermore, contestant Tarae had to defend himself on his Facebook following the broadcast. Following a seemingly heated word exchange and Tarae storming away, he was seen as being rude and petulant. Well, that wasn’t what really happened. The words spoken were done backstage to a camera, AFTER he had left the presence of the judges. 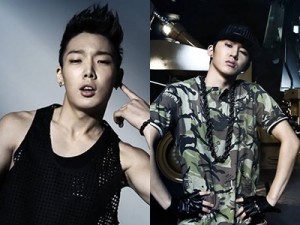 To add even more problems, the editing made it seem like some contestants were cut when they really weren’t. Let’s be honest, a lot of viewers are probably there for B.I and Bobby. They were big names to draw in a different type of audience – the pop/hip-hop lovers. So, B.I supposedly leaving would have been a big, dramatic blow. Even though rumors from fans stated that B.I was actually let through, some people still thought he had gotten the boot. (The Top 16 lineup includes both.)

Yes, we understand that drama, whether fake or real, creates buzz and can increase ratings. After all, other than say the news, most of us watch television to be entertained. However, when the careers of people are put on the line for the sake of a bit of spice, it is problematic.

Viewers would expect this from a show like We Got Married – its entire premise is based on a fake marriage – but not for a show like Show Me the Money.

Aren’t these supposed to be real, lesser-known rappers competing against each other? You also bring in top-notch producers and artists from the genre to judge the rappers’ legitimacy. So, shouldn’t the show at least have some modicum of respectability, instead of seeming like typical “reality TV” aka fake drama caused by people playing themselves?

Additionally, once again, racial insensitivity has reared its ugly head. This time, there were two instances in episode 2.

everyone just wants to deny
but I’m not even Indian, polygamy

Wait a minute, is this guy trying to say that India is a polygamous nation? Polygamy is only marginally practiced in India – even being undoable for Hindus and other select groups. There are efforts to end the practice for everyone. To make such a comparison, even in a lyric, is not only insensitive, but also factually incorrect. Given Korean music’s tendency toward cultural appropriation, it would be nice for hip-hop to also avoid that trap and not put forth more offending material.

Second, it’s a rapper (Jung Sang Soo) dropping the “n” word in his introduction and it not being censored. (The fact that YDG let this guy slide through was a shock to everyone.)

The look on Swings face pretty much summed up the feelings of international audiences: What the heck?! You use a derogatory term 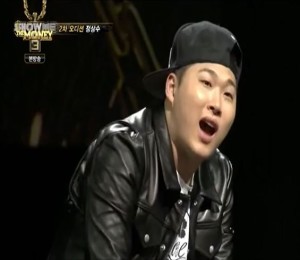 for a race, while performing a genre that particular race created. The attempt to be a badass essentially made the man look like a fool – a racist fool. As much as those in Korea, and abroad, like to argue ignorance on the part of Koreans, there’s really no excuse.

We live in the day of technology and the internet (of which Korea has the fastest), and yet the unsympathetic nature of people is astounding. While a country may not have their own painful history of racial relations, they are still able to learn and understand, that in the globally connected world we live in, not everything is going to fly.

Some may argue that “It’s hip-hop. American rappers say it, too!!” Comparing a black rapper saying it and a Korean rapper from Busan also saying it is apples and oranges. While no one should probably be using the “n” word, the connection is vital in whether or not to let the usage slide. I personally wouldn’t refer to myself as “redskin,” but if any other race called me such, I’d question their motives. Are they racist, or just stupid? Either way, there are no good feelings coming from the situation. It’s the same with the usage of the “n” word.

Even more egregious is the lack of censoring the word. Are the producers serious? Of all the things that are needlessly censored on Korean broadcasts, they won’t censor this? But, truly, it’s not too surprising. After all, Koreans are ignorant, right?

Mnet is probably one of the better broadcasting networks when it comes to international outreach, so you would think they would have done a better job. They also obstinately repeated those portions. It’s just shameful on their part that they let something like the “n” word go.

To make matters even worse, there is the contestant TOY, who appears to be black. They rarely show her, and then they have the nerve to not censor the “n” word. It would be interesting to see how she felt about it all.

The bottom line is that Show Me the Money 3 has lost its way. This is supposed to be a survival show for rapping talent. It’s instead become scandalous and dramatic for the sake of ratings. Viewers shouldn’t be actively misled, offended, and made uncomfortable. Most importantly, neither should the contestants and judges. It’s time for things to be straightened up correctly.