High School King of Savvy, Episodes 9-12: The Secret is Out 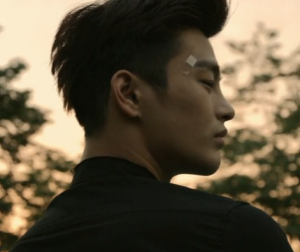 Confession time: I cannot get behind our main couple. Not even a little. The age difference is just too insurmountable to me.

Really, why would a 28-year-old woman in her right mind want to continue a relationship with an 18-year-old boy? Yes, she liked him before she knew his real age, but after finding out he was still in high school, how did her “feelings” overcome her disgust?

“Oh, my God, Laverne, it’s only a drama. You’re taking it too seriously!”

As a woman in her early twenties, I would be horrified if a man I date turns out to still be in high school. Horrified! Because no matter how “mature” he is (and Min-seok is a pretty typical teenage boy so I’m not seeing the maturity), the fact still remains that he is in high school and years of experience and maturity separate us. 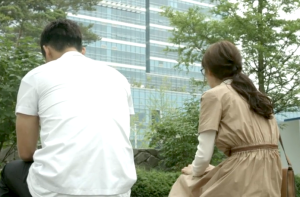 The situation makes me cringe and no matter how they feel, adults have a responsibility to NOT get involved with children. Because that’s what Min-seok is: a child, not an adult. Imagine the outrage if the genders were reversed — a 28-year-old man and an 18-year-old girl — most people wouldn’t support that.

Yes, this is a drama and the central premise of the drama requires that we suspend our disbelief at a high school kid pretending to be a director, but I can only suspend my disbelief for so long. And I draw that line at this relationship.

Still, I am glad that episode 11 focused on Soo-young because she is the victim in this. She was deceived and has to deal with a range of emotions, all while navigating her relationship with her understandably upset little sister. In particular, it was great that she chose to coolly return to her job like the confident working woman she always wanted to be.

Jin-woo has also been compelling, a word I didn’t think I would attribute to him after his terrible behavior in the past. It seems that he is genuinely sorry about his actions and is finally opening up to his feelings for Soo-young, how ever late they are. Nevertheless, the most interesting thing about him is his family situation and how he handles his parents. It was a turning point that he stood up to his father, and his relationship with his mother continues to be his most sincere relationship amongst all shown in the drama. 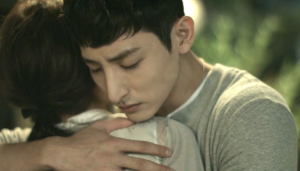 Although I prefer Jin-woo as a partner for Soo-young, I do recognize Min-seok’s pain. He did not think his actions through, yet that doesn’t mean that his pain isn’t real. He was brash and thoughtless about his actions, but he does truly like Soo-young, and it’s difficult, especially at that age, to come to terms with the thought of losing someone you love.

I also sympathized with his anger and hurt after his shoulder injury. Hockey has been his passion throughout the drama and to not be able to play it ever again is devastating for an athlete. The emotional turmoil he experienced was heartbreaking, and Seo In-guk portrayed it well.

Now that the emotional angst seems to be mostly over, I hope the show will return to its main premise. As we saw in the first episode, Soo-young will help Min-seok continue his facade, but I wonder if Jin-woo will find out his secret, especially now that he is friends with Yoo-ah. The fact that Jin-woo’s father is searching for Min-seok’s dad also adds to the danger, and I can’t wait to see what will happen next.

Am I in the minority with my feelings about the lead couple? Are you a Min-seok/Soo-young shipper here to tell me why I’m wrong?