Crush's "Hug Me" Is Of Two Minds 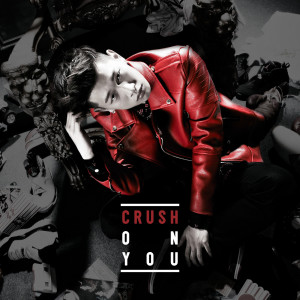 Human beings live off the theory that if two things are good separately, they’ll be even better when combined. Sometimes this works, like with oranges and chocolate. Other times, we mix orange juice and toothpaste, which . . . doesn’t. Hip-hop/R&B artist Crush‘s new track “Hug Me” featuring Gaeko, is one such experiment, but sadly, it falls into the latter category.

Idea Number One is the production work on “Hug Me”. It’s exactly what you’d expect from the guy who guest-starred on Gary’s super-sexual “Shower Later”. It is pure sex jam, sleaze incarnate. Don’t get me wrong, I like sleaze as much as next girl. Actually, I’m pretty sure I like sleaze a lot more than the next girl. The instrumentals have a light pop touch, but the musical style is firmly of the hip-hop ballad style. Honestly, the gentle opening and piano undercurrent buried beneath the club beat is reminiscent of “Lies”, and that is 100% a compliment. It’s very slick, but manages to be both modern and classic. One good idea down.

The visuals are good as well. Everything has a very western feel, and again, that’s not bad. The sets and choreography in particular brought to mind the videos of the mid-2000’s R&B boom, especially Usher. The partner dances are sexy enough to mesh with the music without being provocative for the sake of being provocative, a difficult balance to strike. Plus, it’s nice to see choreography for female dancers that requires ability over appearance.

The cinematography isn’t groundbreaking, but it’s not lazy either. Most of the scenes are the usual group dance shots and solo singing portions. However, there are a few scenes used to portray Crush’s imaginings about the girl he’s singing to, and they’re very well done. The whole MV operates on a black-and-grey color scheme- sets, outfits, lighting, with some portions filmed in black and white. Like the instrumentals, it creates an aesthetic of classic and modern that a sense of polish to the whole thing. Another good component.

Now for the final element of the lyrics. Now, most R&B songs range from ‘a bit controlling’ to ‘downright misogynistic’. Not “Hug Me”. Here, Crush is dealing with, well, a crush. More accurately, he’s dealing with the Friend-zone. He’s fallen in love with a friend of his, and is ready to take their relationship to the next level. Thus, we have lyrics like these.

I want the morning to come like this
I want to open my eyes at your scent
I fall deeper for you, filling myself with you
I want to look at you all day
Being with you is sweeter than a dream
You’re my sweetheart

These are genuinely sweet lyrics. He’s being respectful of her feelings, and is putting effort into actually winning her over instead of sticking with the common mentality that his love entitles him to her love. Crush wants his lady to hug him so e can give her special, romantic kiss. He’s just as interested, if not more so, in emotional intimacy as he is in sex. These lyrics paint Crush as Prince Charming instead of a player, and it’s so refreshing. Lyrics: top honors.

Now, these elements– production, visuals, and lyrics– are all really good when looked at as parts. Therefore, they should be epic when brought together. But they don’t, because the lyrics are too incompatible. The visuals and music work well together, but they’re of the same style. They’re sleazy and sexy, with a touch of class, while the lyrics are earnest and adorable. They just do not mix. It feels not unlike hearing Sonnets From The Portuguese read over the loudspeaker at a NASCAR event. 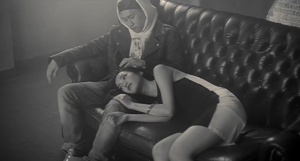 Gaeko’s verse just exacerbates this. It actually goes with the music, being a verse about getting sexy on the dance floor. It’s a good verse, and if the whole song was like this, I’d have no complaints. But it’s sandwiched between earnest pleas for a hug and lyrics that are more love poetry than R&B. The 10 second segment that contains the last line of his verse and the first line of Crush’s just sums up why this song doesn’t work in a nutshell.

It’s not that sex and emotion can’t work together, or that sex jams can’t have genuine love behind them, they can. “Metronome” is a really good example of this, striking a good balance. “Hug Me” on the other hand, has really sleazy music and really sweet lyrics. They’re too separate to be truly cohesive. I look foward to seeing more of Crush, just something a little less split next time.