AOA Go to the Salon in Their "Short Hair" MV 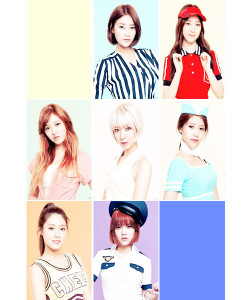 After winning their first music show trophy with the controversial song “Miniskirt,” AOA is going to be hard pressed to have an equally impactful comeback cycle. I wish I could say that their newest single “Short Hair” was going to surpass their previous efforts, but alas it isn’t looking likely.

AOA’s “Short Hair” is nothing new in concept or execution, and although the song is catchy in a generic way it isn’t anything special. The message of the lyrics is basically this: put the past behind you and solve all of your insecurities by going to the salon – specifically to get a new, shorter haircut. As far as a hair concept goes, “Short Hair” is about on par with the recent debut by the group Bob Girls, and it is infinitely worse than WING’s song “Hair Short” released in March.

There is an obvious hair trend going on in K-pop but it’s a bit ambiguous as to why girl groups are suddenly supporting short haircuts. Long hair is something commonly valued by Korean men – if male idol’s ideal types are any measure – which makes the short hair concept seem even more counter-intuitive.

It is true that the cutting of hair is being used as a symbol of rebirth in these concepts, which isn’t a bad message in and of itself. Self-transformation is something admirable and doing something that may not be the “ideal” beauty standard because you want a new start has merit in a way. However, the way the AOA “Short Hair” MV frames the transformation is entirely on the superficial level. Getting a makeover at a salon after a hard day isn’t much of a transformation. 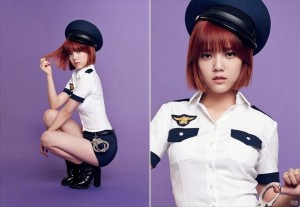 It isn’t so much the end of the MV that is concerning, though. It’s the first half of the MV that explains why the girls had a bad day that makes the whole message of transformation feel superficial and contrived. The members of AOA dress up as different “working women” in the MV to tell the story of why they want a short haircut, with varying degrees of believability.

The most genuine role was that of the airline stewardess. She was actually dealing with a sincerely difficult customer which can wear on the nerves of even the most experienced service personnel. The police woman role is also fairly believable. Writing tickets is no fun, especially if you have to deal with the people you are writing up directly. These vignettes made sense because having a hard day at work does make many people want to put their feet up and get pampered.

Some of the other characters, though, were down-right laughable. Most notably the sweetshop worker and the mechanic. In both of their situations they manage to mess up their jobs pretty thoroughly and their only response is to look cutely flustered and leave the mess for someone else to clean up. Too busy playing with your hair to make ice cream? Oops! Blow up a car engine? Close the hood, no one will ever know! These types of situations require more transformation of character than a simple haircut is going to provide. 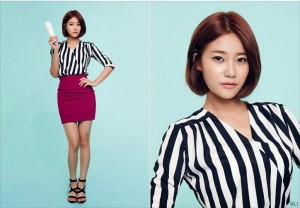 Going beyond the lack of consistency in the message, there is also the fact that every character in this MV is a shameless stereotype that targets the male audience. Obviously that is a sure-fire way to market a girl group and we can’t fault them for that, but it makes for a boring watch if you don’t fall into a specific demographic. Sexy stewardess, sexy cop, sexy cheerleader, sexy secretary; if I didn’t know better I’d think they raided an American Halloween store for the costumes.

The roles portrayed are not flattering toward women’s intelligence, either – as I mentioned with the sweetshop girl and mechanic. Whoever directed this MV didn’t depict the AOA members as human but rather as walking sexist archetypes of female behavior. But like I said, this angle will work with a particular demographic that the company is banking on. Plus, AOA are pretty good at looking both brainlessly cute and softly sexy at the same time, which will win them fans.

Speaking of stereotypical, the dance choreography for this MV could literally be copy-pasted from another girl group. This is a common problem in K-pop with both girl groups and boy groups because certain choreography becomes trendy and then everyone wants to use it, but it is a little ridiculous in “Short Hair.” I can’t even count the amount of times I’ve seen that exact butt-displaying dance move in the last year. I’ll also say one thing to AOA that I always say to boy groups: Get your hands out of your crotch! 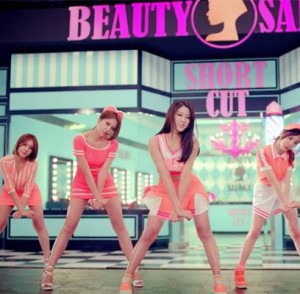 On the bright side, the color pallet in the MV is refreshing and has tons of colors that pop. It is a perfect color scheme to use for a cute MV because no matter how boring the rest of the concept is at least the colors are eye-catching. The designs of the sets for each vignette were infinitely more innovative, original, and aesthetically pleasing than the costume design or choreography.

“Short Hair” certainly isn’t going to be the biggest hit of the summer, but it doesn’t flop completely, either. The song is pleasant enough to warrant additional listens and the members of AOA are doing will in the concept they were given. And hey, they’ve already started a scandal among netizens with the uniform costumes, so maybe they’ll still get increased publicity even if this song isn’t as controversial as “Miniskirt.” Overall rating: 2.8/5