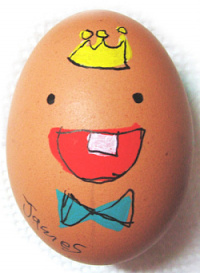 Defying the time-space continuum, love remains a staple theme in art. Despite its common occurrence, this theme never gets boring nor does it ever lose the potential of reinvention. It is always ready to picked up, re-moulded, re-understood, and re-presented by one endeavouring artist or another. Standing Egg’s latest album 36.5 is another such attempt at understanding love in its broad and generic sense. Its conception of love is as uncomplicated and as memorable as its music.

The album opens with “Blue Sky” which is a light and breezy number. The light strumming of the acoustic guitar just adds to the weightlessness of the song. It talks about an awkward meeting with an ex-lover. This could have been turned depressing and heavy with angst but Standing Egg, thankfully, keeps it fun, and slightly tinged with nostalgia. The fluttery nature of the song prefers dealing with whether to greet your ex with a hug or a “hi!” than throw itself into a whirlpool of memories. The guy recognizes certain habits, remembers certain memories but only because noticing those things comes to him impulsively.

This song is followed by “Yes, You” and it keeps up the airy nature of the previous track. It’s more upbeat and chirpy, and the uncomplicated instrumental with its harmonious confluence of drums, guitar and piano make it a very pleasant listen. Complementing the simplicity of the instrumental is the rather straightforward vocal. There are no trills to it but the charm lies in its nakedness and easy understandability. The song and the music video are decidedly very fresh and refreshing, and a desirous change from the regular claustrophobic musicality of contemporary K-pop.

The third track is “Confession” and is definitely my favourite in the whole album. It had been released early this year, and had garnered substantial attention with its soothing instrumental. Compared to the previous two, this song is not only mellow but also has slightly complicated lyrics. It swings between aggressive emotions which is surprising since the song itself is far from aggressive. The track talks about the frustration of a love not yet confessed, and oscillates between repressed anger and determination. The interesting thing about this track is although it tilts sufficiently towards an angsty portrayal of love, it never loses its light and breezy nature. It literally skips and glides while occasionally causing a constriction in your chest. The gentle vocal and deceptive simplicity of the instrumental continues to create its hypnotic magic. 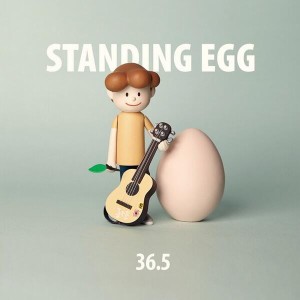 “Light Whispers” follows this and while the lyrics are back to being short and simple, the mood is certainly not as chirpy as “Blue Sky.” However, optimism does run high as one mulls over getting out of the maze called “Life” while searching for a guiding light. The title is quite intriguing for “light whispers” can either refer to a faraway voice of call at the end of the tunnel and/or the faint light at the end of the tunnel.

The instrumental is much stronger with heavy beats which is in complete contrast to the husky casual and laidback vocal. While at times the instrumental may seem to overpower the vocal, thematically such an overpowering makes sense because the loudness renders the vocal as the “light whisper” making the track itself the “way out” of the maze. The track ends on a standard optimistic note with the ray of light smiling brilliantly.

The last track is another mellow number called “Dreamer.” Warm, calm and soft, this song can surely qualify as lullaby: an earnest voice humming an uncomplicated, slow tempo song with simple lyrics which are well enunciated. There is something oddly comforting about the song as it lulls you into dreaming about several alternate universes.

The song talks about a man pining for his lover not in a toxic way but more as a memory too precious to be lost, as a desire for another chance to gain a sense of closure. This would have been believable if not for the lulling and hypnotic nature of the song. The constant refrain of “wake me up” only lulls you further to dream implying that the person doesn’t actually wish to wake up and face things as they are, but rather is at peace dreaming about the several “what ifs.”

36.5 starts out simple and cheery but ends on a far more mature and dark note all the while maintaining its minimalist nature. Although nothing spectacular, this album is breezy and charmingly unpretentious, deserving a 3.25/5.