Stepping onto a More Musical Stage 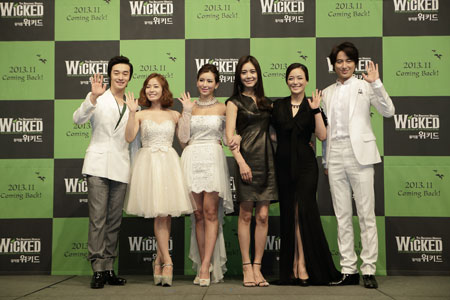 Musical theater has bloomed in recent decades, and Broadway and West End shows have successfully traveled around the world, invoking multilingual adaptations. Certain productions, which have not had impressive runs in the Western world, have managed to turn things around with foreign audiences — South Korea is no exception to this musical trend.

The Western tradition of combining song and scene has sparked interest among Koreans and this has been most evident in the past 10 years; winners of the Tony award have also been the most desirable. In recent times, however, the norm has shifted. With the rise of a dominating idol population in the entertainment industry, K-pop casting has risen to the top of many musical producers’ priorities.

SM Entertainment confirmed on April 23rd the casting of four of their artists in the upcoming musical, Singin’ in the Rain: Super Junior‘s Kyuhyun, SNSD‘s Sunny, Shinee‘s Onew, and Exo‘s Baekhyun, who will be making his musical debut through this project. SM’s subsidiary company, SM C&C, is producing the musical, so it’s only natural for them to stick in as many of their idols as possible.

Many other productions have had multiple idols in their cast. Catch Me if You Can has featured Kyuhyun, Shinee’s Key, Beast‘s Dongwoon, ZE:A‘s Dongjun, CJSH‘s Dana, and Sunny; Bonnie & Clyde starred Key, ZE:A’s Hyungsik, and Kahi; and Legally Blonde had SNSD’s Jessica, f(x)‘s Luna, and A Pink‘s Eunji — all blonde of course.

In general, K-pop idols have stronger fan-bases than musical actors, and such devotion is shown frequently through a number of means. As a result, employments of idols and lead singers on the live stage have been on the increase; these engagements range from two- to three-times-a-week appearances. If these producers and casting directors are lucky enough to recruit two or three (or four, as in Singing in the Rain) popular singers, they can probably garner more full houses and longer runs. In the same vein, idol castings can simultaneously retain theater lovers and draw in younger, K-pop-oriented audiences — musical producers are simply widening their market share and maximizing profits. In a similar fashion to their Korean counterparts, overseas K-pop fans are also inclined to fly in to Seoul just to catch their favorite idols’ stage performances. 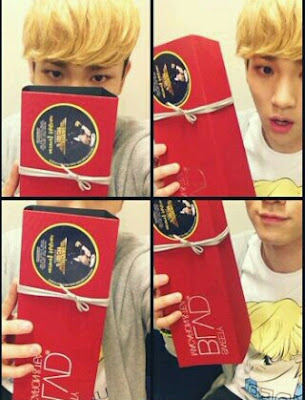 In the case of Chang Jun-won, a talent agent turned musical producer whose experience includes sourcing idol talent for stage shows, he confirms that idols are key in attracting female audiences, as well as Chinese and Japanese tourists. The aforementioned groups are vital to growing the musical industry in South Korea.

On the flipside, idols also stand to gain from this trend. In addition to reinforcing singing careers, as well as churning news headlines every so often, these performances act as extra income for the industry’s musical-dols. For instance, a single appearance can earn a successful idol up to $50,000. And from what is understood of the workings of most entertainment companies’ payrolls, this amount, much like the paychecks from drama roles, and solo commercials and photo shoots, is channeled directly to the earning idol. There isn’t much to complain about in regard to landing a job at the theater.

Perhaps, for the reasons listed above, a handful of actors — with the definite, minimum requirement of some musical talent — have also been led to display their live performance chops. God’s Gift – 14 Days aired its finale this Tuesday, but male lead Jo Seung-woo is set to persist with no break — he’s to star in Hedwig, opening May 14. On the heels of the finale, he’s headed straight for the theater to get his rehearsals in order. Joo Won also began his career as a musical actor, appearing on the small screen a mere four years after his stage debut. His musical repertoire, which has continued to grow, includes the productions of Grease, Spring Awakening, and Ghost the Musical.

Having a big name — whether idol or actor — headline a show, has proven to be a good marketing strategy. Nevertheless, one question arises: is there a negative impact on quality, especially in the point of view of audiences who aren’t idol fans? 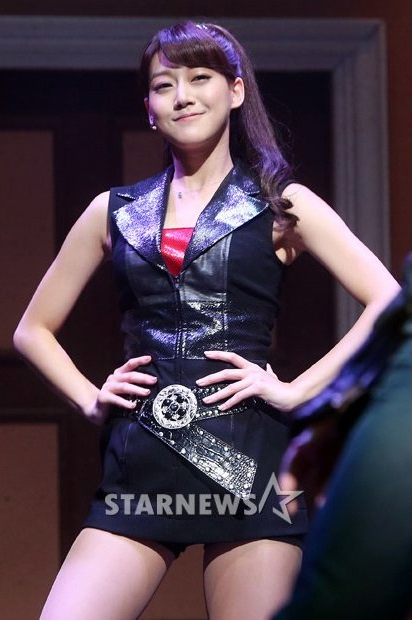 While idols have plenty of experience in singing and dancing, and oftentimes acting, a difference exists between carrying out themed and synchronized performances, and delivering convincing lines in monologue and song, in front of (up to) 1000-member live audiences. Rainbow‘s Seung-ah, who starred in Grease, expressed her frustrations of overcoming her routine winking, smiling, and onstage fan service; she exercised control of these expressions during serious scenes. Key also caused a stir last year when he attributed his avoidance of singing in the musical tradition to his fans; they’ve tuned their ears to his pop vocalizations. Exceptions to this include Beast’s Yoseob, who has said that he enjoys delving fully into musicals and learning from experience. He says, “Popularity can be a bubble when there is no ability. So, I’m coming to the theater to learn. K-pop gives you fans, but I hope that musicals can give you skill.”

On the account of these varied responses, some worry has been expressed of Baekhyun’s musical debut. While Kyuhyun, Sunny, and Onew all have experienced live theater, Exo’s lead singer has yet to prove himself. Despite the doubt, certain idols have been lauded. JYJ‘s Junsu topped a poll for the number one musical-dol of 2013. His previous projects include Elisabeth and Mozart, in both of which he was able to highlight his soothing voice. Kyuhyun, who ranked third in the same poll, is preparing to star in his fourth musical with Singin’ in the Rain.

Despite their recent casting news, SM is said to be also considering West Side Story, so don’t be surprised to hear about one (or many) of their kids starring in the show soon. If I had to choose, I’d give my vote to Chen.

Due to planning, locations and other regulations, musicals can be inaccessible to international fans. That’s beside the point, however, as evidenced by the increase in idol castings, as well as the uptick in foreign audiences at South Korean productions. Are there any musicals or performances at the top of your must-see list? Are they there because of your interest in the show, or do you have interest in the idol(s) who has/have a part in it? Share your thoughts below!