This is Infinite: Wrap-up 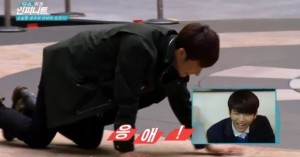 Starting off where the last review ended, the latter half of Episode 7 revolved around getting rid of each member’s Achilles heel to make them more perfect. I thought it was a cute touch that it was the Woollim CEO himself who delivered his verdict on the members, through a video message.

Just as I thought Sung-gyu had hit rock bottom last week with his rendition of the caterpillar dance, he was pushed even further with the appearance of the Gyu-vatar. In order to ‘cure’ his pettiness and timidity issues, he had to pretend to be an avatar in a public shopping mall and complete specified tasks from his members without any complaints. When I say tasks, I mean tasks such as crawling while whining like a baby, and wiggling your butt while announcing to the world “Why is my butt so sexy?” I don’t think I can ever see Sung-gyu’s butt the same way anymore. 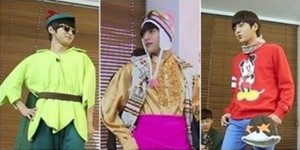 Another member who was left in embarrassment was L. Poor L got called out for his bad habits of not washing and his refusal to wear anything other than black. What was supposed to be a punishment for L turned out to be a punishment for the members, as they had to take turns to brush his teeth, scrub his hands, and wash his feet. After each cleansing session, the members were then roped in to change up L’s boring wardrobe choices, which ensued in a very different, albeit still handsome L.

The other members also had ridiculous tasks in store for them. An announcer was invited to help Dong-woo’s pronunciation issues by making him practice tongue-twisters. It turned out that Dong-woo had decent pronunciation, as long as he raps everything he says. Sung-yeol’s childish choding antics reappeared as he had to debate with two kids about why keeping a pet monkey is a great idea (he lost the debate). Sung-jong had an especially tough challenge, as he had to battle his hyungs to prove his manliness. It’s pretty funny that he lost to all the hyungs except Grandpa Gyu. Woohyun‘s challenge was also pretty entertaining. It came as a shock to everyone that he wasn’t bragging about his mind-reading abilities: he actually managed to accurately guess what some of his members were thinking just by looking into their eyes. Dang, he should definitely go have a face-off with Edward Cullen. 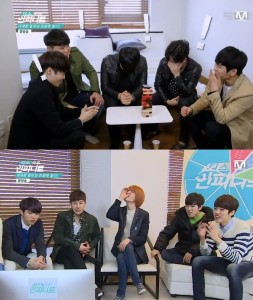 Hoya was teased for his awkwardness and inability to get close to people. To help him get over this, the staff invited the member’s friends to the recording and put them in a room with Hoya, while the members observed his interactions. Hoya definitely played up the awkwardness by ridiculously suggesting Jenga to pass time, and asking for cheers from the other boys when it was his turn. It felt a little overdone on his part, but the members’ exasperated reactions made it priceless. Sung-gyu’s quote of the day: “My friend drove three hours from Jeonju to play Jenga!”

The series ended with a short segment where the boys were brought to the countryside to have some ‘healing’ time, probably from all the trauma and disses they suffered throughout the show. There wasn’t anything particularly exciting about any of the segments — eating, napping, photo-taking. But the staff did add a kink in the works by making the members wear an armband to link them together. That was an absolutely genius idea, since it was so simple yet it led to so many laugh-out-loud moments. My favourite was when Sung-yeol had to use the bathroom, and of course, Hoya, who was linked to him, followed him inside without any qualms. I guess, this just proves that Infinite must be a pretty tight bunch to be this comfortable with each other’s toilet habits.

There were a few interesting moments scattered here and there, but nothing other than filler activities such as dressing in cartoon character onesies, and being forced to down an extremely bitter tea. It gave the series a sense of closure, as fans got to enjoy genuine moments of Infinite having fun together.

This is Infinite was a tad short for my liking, especially since it took a while for the show to find its groove. The latter half of the series was much more enjoyable, especially when there was much less scripting, and Infinite was simply left up to their own antics. All I can say is, better late than never. 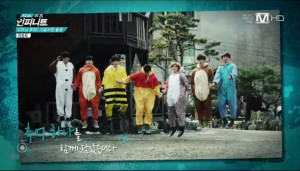 Compared to Infinite’s past shows such as Ranking King and Sesame Player, This is Infinite was a relative breath of fresh air. Yes, they still did silly stuff and made fun of each other, but this time round, there was a lot more emphasis on the theme of getting to know the boys better, both for the audience and the members. Be it how they cope with a girlfriend problem, or what Achilles heel they needed to get over, the activities were specifically tailored based on the members’ individual traits, with the purpose of peeling back their layers and showcasing their true personalities. It also added a further touch of realism when the people closest to Infinite, such as their friends and stylists, were invited for short stints.

Maybe it’s just my sentimental self speaking, but I do feel as if I really got to know the members a lot better through these eight episodes. Heck, I even feel a tinge of sadness, now that there are no more This is Infinite Thursdays to look forward to. But whatever it is, I’m excited for their comeback and infinite awesomeness from them. At least, they will likely guest on Weekly Idol again, which is a must-watch for any Infinite fans.