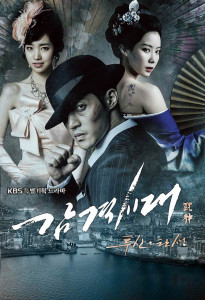 It’s no secret that the live-shoot system for dramas has flaws. Crew members get hurt, scripts start to suck, and sometimes actors lose their minds and flee the country due to pressure. But at least after all that, the cast and crew can count a nice paycheck to make up for the four months of hell. Except apparently, they can’t.

The current scandal sweeping through Dramaland is how Age of Feelings, despite having aired its final episode on April 3, has still not paid all of its cast. The current explanation is that when the production company began having financial issues halfway through the production, negotiations were conduced to cut some actors’ salaries in half. However, several actors were unaware that these negotiations had been undertaken, and were thus entitled to their full salary. And they’re the ones who haven’t been paid yet, not out of malice, but from inability to do so. Honestly, the real topic here is not the horribleness of Age of Feelings’ production, but instead, how it’s possible for a TV show to be unable to pay their actors.

Korean dramas are, for the most part, not made by the channel that airs them. Instead, they are made by a production company. The broadcaster simply buys the rights to air the show, usually on a sliding scale tied to the ratings. Higher ratings, higher payday. This means that with a smash hit like You Who Came From The Stars, a production company can make a decent profit. Unfortunately, most dramas are not smash hits. They’re average shows whose average ratings lead to average paychecks for the production company.

Because of this, most production companies operate on a very fine line. They want big name actors, well-known writers, and a high quality production so they can produce a popular drama and (presumably) do better than break even. But they have to balance those desires with the knowledge that an average or even low-rated show is the much more likely result. They want to invest enough money to make a high ratings a possibility, but not so much that average ratings put them in the red.

Of course, there are times where this balance can’t be maintained. Incredibly low ratings, expensive production, or a combination of both has led to an unfortunate number of cases where actors have gone unpaid for years. In some cases, selling overseas broadcasting rights has brought in enough cash to pay debts, or, like with Rascal Sons, the broadcasting company stepped in to pay the back wages. Other times, the CEOs of the production companies have fled the country or committed suicide in the face of extensive debts. And as depressing as it is that the casts and crews of multiple dramas have gone through the whole exhausting process of making a drama, only to end up with nothing, it’s an unavoidable by-product of the system. 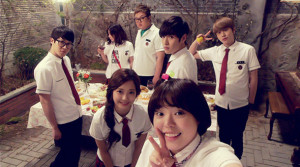 Believe it or not, I’m not criticizing live-shooting, because I honestly think it’s the best way to make a TV show. If Korean broadcasting companies aired one new episode a week instead of two, a lot of the problems of live-shooting would vanish. No, the system I’m referring to is the set-up of having drama production farmed out to smaller companies instead of being kept in-house by the broadcasters. Dramas need to cut out the middleman. The broadcasting companies are the ones who make the real money in the drama game. Placing production in the direct hands of the people who sign the paychecks would streamline the process of production, and more importantly, provide a financial safety net. When an American show goes over-budget, they may have to have a clip show for a season finale. But because they’re under a major broadcaster, they didn’t have to worry about paying everyones’ salaries.

Despite its obvious flaws, the live-shoot system is an undeniable institution in Korean television, and some worry that reforming it would take everything unique out of dramas. However, if done properly, there is evidence that it wouldn’t have to.  Monstar, which was produced by Mnet and aired once a week, was easily one of the best and most unique dramas of 2013. It was flawed, but it was unique, filled with fun characters and offbeat humor. Also, no one collapsed on set, there were no car crashes, and everyone got paid. Reforming the system would be difficult, but it could make a positive difference for everyone in the entertainment industry. Your thoughts, readers?