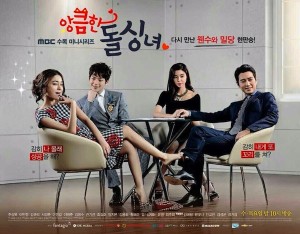 Of all the new dramas making their rounds the last two weeks, Sly and Single Again (also known as Cunning Single Lady) is the only one I’ve picked up, mostly out of affinity for Lee Min-jung and Joo Sang-wook, who I feel have both not hit their drama sweet spots yet, despite acting frequently. I had hoped that Sly would do it for the both of them, but I’m not sure it will.

I enjoy Lee Min-jung’s bubbly lightness — she can do a mean smirk — and she can also turn it up a notch, making her the perfect kind of rom-com material. She hasn’t picked the best projects, so I’ve been waiting for the right combo of a great script and the right kind of chemistry with her co-star. Joo Sang-wook, on the other hand, I always felt like had more potential than his roles have offered him. While I haven’t seen Ten, he always seems to play pretty forgettable second leads, and I had hoped that this would change with this new drama.

I hope to be proven wrong, but after four episodes in, I’m scratching my head a little over this drama. The premise of the story was simple enough, if problematic: Two characters, Jung-woo and Ae-ra, were once married, but after the man’s business failures lead to a tough living situation, the two get divorced. Fast forward a couple of years, Jung-woo is now a wealthy businessman with a company poised to break new frontiers in the tech sector, and after being impressed by his new fortunes, Ae-ra will try to win him over again.

After watching the introduction, it seems like that summary is inaccurate on one front: Ae-ra doesn’t try to win him over again, she tries to one-up him. The story is a little fuzzy at the moment, but I make a point to correct this inaccuracy because it makes the Ae-ra character seem like she has no actual romantic feelings towards Jung-woo, she’s only easily wooed by money, which doesn’t seem to be the case and plays into the female gold digger stereotype. 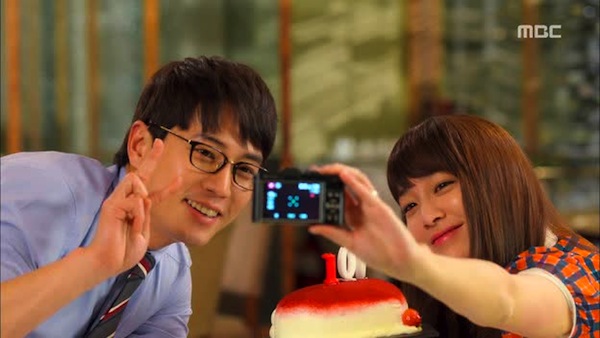 The problem is that the writing on the show isn’t very sharp: we’re made to understand that Ae-ra was pretty cold towards Jung-woo towards the end of their marriage, wanting to cut off all ties to him, but on the other hand, we’re told belatedly that Ae-ra spent all her time post-divorce paying back the debts that she inherited from Jung-woo’s business failures.

When Jung-woo and Ae-ra meet up again, he wants to hit her where she hurts most, by insinuating that money is her only concern, and thus if he gave her a bunch of it, he’s made up for a marriage that disintegrated over money. Ae-ra rejects the money because she finds it insulting, and later when her brother takes the money from Jung-woo without her knowing, it really upsets her.

The words of venom she spit in Jung-woo’s direction after the two get divorced (“Don’t use alimony as an excuse to talk to me again”) seem incongruous with the actions of someone who spends years paying off debt that she inherited from her husband’s failed business ventures. The reason for the divorce — Ae-ra’s seeming coldness towards failure and lack of wealth — are meant to be huge character flaws, so much that whenever we see a successful Jung-woo talking about what motivates him to be successful, he cites Ae-ra’s unkindness towards him at the end of their marriage.

I think this is a huge flaw of the writing because it inherently sets up a dichotomy between the two characters — presenting one as a protagonist and one as an antagonist, almost — and the worst part is that the dichotomy simultaneously confirms gender stereotypes, which I don’t think is fair. 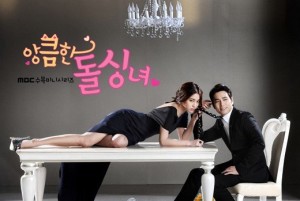 I don’t think it’s fair for the writers to present Ae-ra as the character with the major flaws because she was promised a marriage of good living, which is hopefully the reason why anybody who’s interested in getting married wants to get married for. Jung-woo made a decision to resign from his government job — a symbol of stability — out of the blue to start a new venture, without once consulting with Ae-ra. He explained that he made the decision based on what he thought would be the best choice for the two of them, and then told her to just trust him, which is pretty damn unfair.

Ae-ra was a housewife for a short period of time after the marriage, and Jung-woo’s venture begins, she has to take on more and more jobs to support the both of them. This isn’t a question of being ungrateful or not wanting to work, it’s a matter of a huge change in lifestyle because Jung-woo thought, what, that they’d get rich overnight? That he’d be the next Bill Gates? But to tough it out in the meantime? He gave her no warning that was going to happen, and they didn’t just make some adjustments to their married life, they had to give up a a lot. This was a can’t-even-pay-for-the-gas-they-might-shut-it-off lifestyle change.

With this drama, it’s too much to ask for writing to illustrate the nuances of falling into poverty and why that would create resentment and ultimately lead to disillusionment, and then ultimately divorce. But I really wished the writers tried, even a little, to write more from the point of view of Ae-ra and what she was going through, instead of just telling us that she had to take on a lot of jobs, and then got really angry at Jung-woo, and then divorced him. Too much TV real estate is spent on Jung-woo’s successes and his emotions, which go on to legitimize his and Ae-ra’s fall into poverty and which further makes Ae-ra out to be the bad guy for not sticking it out more.

Tonally Sly is all over the place, sometimes weepy and dramatic, other times comedic and slapstick, and finally, sometimes also tries to be half-suspenseful. The music cues don’t help, of course, and the actual plot doesn’t make too much sense either. Only four episodes in, we’re already encountering hackers, an inter-department competition with a prize of a date with the boss, and secret office loves. It’s too much. It’s too much! 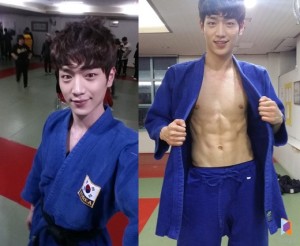 One pleasant surprise, however, might be Seo Kang-joon, who plays Gook Seung-hyun. His character arc we can see from a miiiile away — energetic second lead who is sweet but mischievous and will ultimately not get the girl — but Seo brings a nice charm to the character. He is apparently part of an idol group 5urprise whose concept is the “acting idol,” and his relative newbness to the acting scene had me worried about the romance storyline, but I might actually be looking towards Ae-ra’s interactions with Seung-hyun more than I am her interactions with Jung-woo. Also, he’s a good 10 years younger than Lee Min-jung, but you could never tell from their scenes together.

The Seung-hyun character reminds me a lot of Sung Joon‘s character in the absolutely terrible Lie to Me, where he played the younger brother to Kang Ji-hwan‘s character, the friend-zoned sounding board who has the leading lady’s best interests at heart but never makes the move until it’s way too late. They both are the more youthful foils to their older, stiffer, but traditionally successful male leads, who aren’t yet “real men” because of age, lack of experience, whatever.