The Delicious, Nutritious Toheart Has Arrived 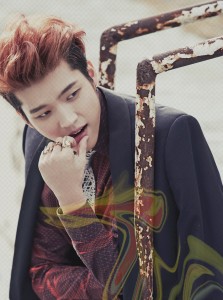 It has only been a few months since the merger of Woollim Entertainment, home of Infinite, Nell and Tasty, and the ever-so-popular SM Entertainment and we finally have the first offspring from their marriage. Sure, Infinite had been added to the SMTown calendar and Tasty had joined in on SMTown concerts, but there still hadn’t been a concrete example of what this merger is – not in the sense of a project that joins these two very different labels together. Up to this point, it had merely been stepchildren interacting with each other, getting to know the other family better.

Before the whole merger debacle surfaced, there had been concerns with the stars of this sub-unit. There was worry about the quality of Key’s voice in recent years, and also worry about what Woohyun would give us in his individual promotions. Infinite-H have always identified with hip-hop and Sunggyu has always been a rock fan, while Woohyun had never been very concrete with what kind of music he would pursue. His first solo from Infinite’s first full-length album was a run-of-the-mill ballad and his second solo from Infinite’s concerts was a vomit-inducing sweet performance, which gave him the perfect opportunity to shower us Inspirits with his hated, yet loved hearts.

So what would Woohyun bring to this sub-unit, and how would it gel with Key’s own choice of music?

The first track of the mini is a minute-long “Intro” which does it’s job perfectly. It submerges us in a plucky guitar, drums and plunges us in an excellent instrumental. It gives us a taste of what’s to come, the now improving English from the folks at SM Entertainment (and Woollim Label) all while giving a perfect bridge to main single, “Delicious.”

I will prelude this by saying I have always loved Woohyun’s full voice that vibrates in your ear like melted chocolate. And “Delicious” definitely serves that and more. In fact, this track does Woohyun’s voice a greater service than his previous solo track, “Time.” Key’s raspier voice blends in perfectly and gives a contrast that works with such a playful track.

The best thing about this track is that we can hear their voices work with the band. At first listen, “Delicious” sounds like a band version of SHINee’s own “Dream Girl,” which is not necessarily a bad thing. While it does sound the same, there is just a spark that is present in “Delicious” which differentiates it. From Key’s continuing talk-raps at the background (“Come on, love is so nutritious/ Come on girl, love is so delicious”) to the drum and guitar, it gives a whole different feel and atmosphere. 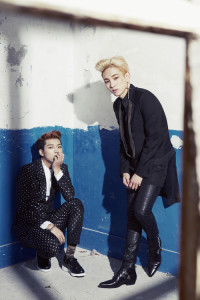 You’ll be excused if you think the lyrics are in one point of view only. This song actually gives each member a separate story as they fight over the affections of one female. This raises the dynamic of the song by a level and a half and their playful bantering works with the band. The result is a satisfying outcome from two vocalists with different vocal styles.

I would go so far to say that this is the best I’ve heard from Key in recent years.

“Delicious” was a delicious sampling of Toheart and their live stages will surely be lively since these two can hardly be called lacking in the performance aspect.

“Maze” is like the younger cousin of “Dream Girl.” That may come from the overall format of the song and the similar ending of each line in the first verse combined with the more electronic approach of this track. While “Delicious” can stand alone, “Maze” sounds more and more like a SHINee throw away as the song goes on. I can almost hear the sections that would go to Taemin or Onew.

Is this a bad thing? Maybe. Maybe not.

The song alone is quite all right and is at worst a filler track. But in viewing the mini-album as a whole? I would call this track the most lacking and different. Different is good in certain cases, it gives variety in a release, but not in this mini-album as each other track is different but serves to a whole, distinct theme.

“You’re My Lady” continues the band sound we heard in “Delicious” but is more laid-back. It’s is almost like they are seducing you with how they sing, with how the instruments play in the back.

(Baby) From now on, My Show Time

From your head to your toes, I’ll make you perfect

My lady, I’ll be gentle and tough at the same time

(Your heart) will go up and down

From your head to your toes, you’re my kind of lady

The fifth track is “Tell Me Why” which gives us the confusing line “Wanna Go Touch Wanna Get Tips” which is totally out of sync with the whole song. Don’t tell me the word ‘tipsy’ is banned in the same vein as ‘bananas’ a la G.na.

That aside, it works well with the previous track and settles us into a more subdued atmosphere. Several elements in the instrumental keeps the track from being one of those boring OST-sounding songs and the difference of vocal technique in Key and Woohyun are highlighted again in this song. The difference keeps the song from being standard fare. 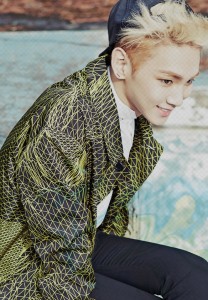 The final track is “Departure” which is a good departure from the first outing of Toheart. It sounds almost folksy but at the same time, it doesn’t. It is a light-hearted finish to the mini-album and despite me fearing that it was going to be the required ballad, it isn’t. “Departure” is the type of song that is perfect for spring as the wind blows through your hair gently and caresses your skin. This is exactly what this song does – it is a gentle song that caresses your ears and makes you feel good.

Unlike several sub-units outside of their companies, SM and Woollim both know how to make a sub-unit in perfect balance, giving each idol their due. This is evidenced in SM’s own Eunhae sub-unit, KRY, TaeTiSeo and to their now-duo TVXQ. From Woollim, their capacity was seen in Infinite-H and to a lesser extent, the duet between two members of their upcoming girl group. So it should come to no surprise that there is no imbalance in the mini-album.

Prior to the merger, SHINee’s Key and Infinite’s Woohyun were and are BFFs, which is why a portion of fans have long been waiting for a special stage from them during a SMTown concert. But never in anyone’s wildest dreams would anyone have thought at the time there would be an actual sub-unit giving us songs and promoting in the same capacity as Infinite-H. Given how companies can be about their artists, this is groundbreaking in the sense that these are two idols from two very different idol groups in terms of sound and seniority.

What we have been given from this mini-album is not only a sound that works with the very different voices of Key and Woohyun, but also some solid songs that showcase both singers in their best capacity.