Yery Band were relatively unheard of to the international fandoms until they appeared on Mnet’s Superstar K3. Upon reaching Superstar K3’s Top 10, the co-ed band decided to leave the show due to a collaboration gone wrong.

A month later, Yery Band, together with BandToXic (winner of KBS’s Top Band), and Icycider (from the same show) decided to create a new label together whose aim was “to focus on music we’re good at, rather than the trendy music of today.” Fast forward two years or so, and Yery Band have found a home in TNC Company (home to DickPunks and BandToXic) and are on their way with an additional member, and a new album. This stands to be their official foray in to the mainstream music scene, and the MV seems to be kicking up quite a bit of ruckus.

Rated suitable for an audience only above the age of 19, the music video packs quite a punch. It’s a crash course in how to be hardcore, boasting an array of badass-ness that is sure to get you pumped.

The real gem of the video is the lead female. As far as female protagonists go in Korean pop, the confidence this girl possesses serves up a different kind of dish. Breaking away from traditional female stereotypes within K-pop, the lead doesn’t have to rely on aegyo, when she has a killer round house kick, to get attention. Another nice change in tempo from the standard cookie cutter content we are fed in K-pop is the reverse of gender roles within the MV. It is a rare occasion to find a music video that victimises the male and presents the female as the saviour. This MV succeeds in throwing gender dynamics off, leaving us to re-draw the lines of what it means to be a ”damsel in distress.” 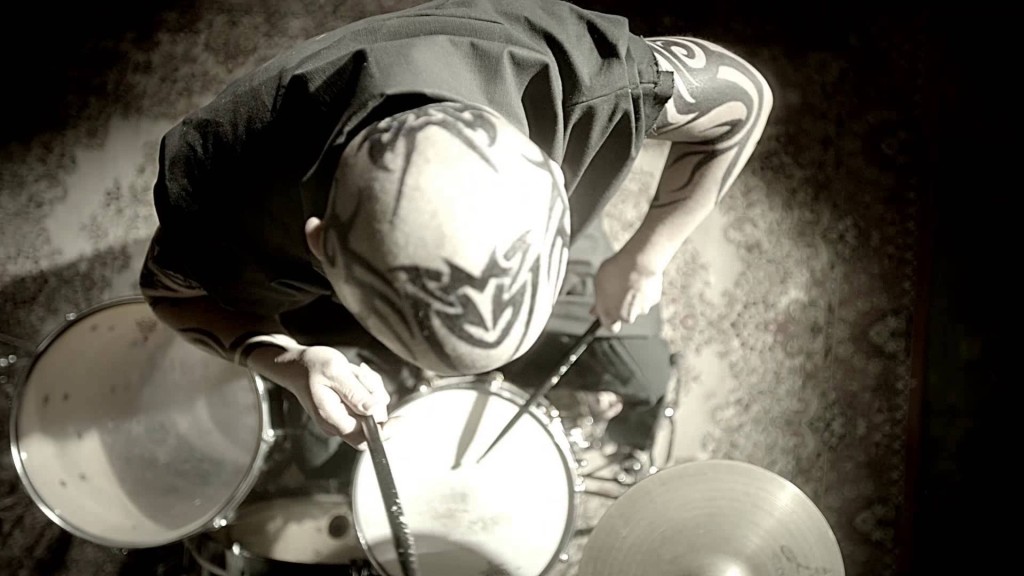 The revamped image, Yery Band has graced us with, is reminiscent of the Visual Kei culture present in Japanese alternative rock. From the crazy hairstyles, to the makeup and costumes; this group gives of an unforgettable first impression within the Korean music scene. I’m appreciating the dreadlocks on the lead singer, and the tattoos that cover the drummers head; it gives the entire MV a strong and rugged look in a way that steps away from common tradition.

For all the badass-ery present in the video, I failed to find any more strengths. The special effects make it hard for the viewer to take the video seriously, spilling water all over the themes of strong female protagonists and gender roles. Blood spraying unnecessarily from open wounds like a garden hose constantly succeeds in not filling us with awe, but a rather a sense of confusion. At the 3.04 mark, one unfortunate soul gets his hand chopped clean off and the unrealistic spurts of blood and exaggerated wails that escape the actors mouth seem foolish.

Another aspect of the MV that doesn’t do the band justice is the frequency in which fights occur in the video. The decision to have 90% of the MV filled with people dying forces the viewer to get bored really quickly. This coupled with the serious lack of plot development (Why have the two people been kidnapped? Who is he to her?) causes the viewer to consider quitting the video altogether. As if we had any difficulty in looking at this video as a genuine piece of art, the director throws a boob shot in there. Commence the rolling eyes.

The filming techniques offer some relief;  constant un-focusing and focusing of the camera,  the shaky vision as the camera pans out towards the end of the video represents her fatigue after taking on a small army of men to get to her lover. It should enhance the mood — instead it only turns out in giving us a headache. 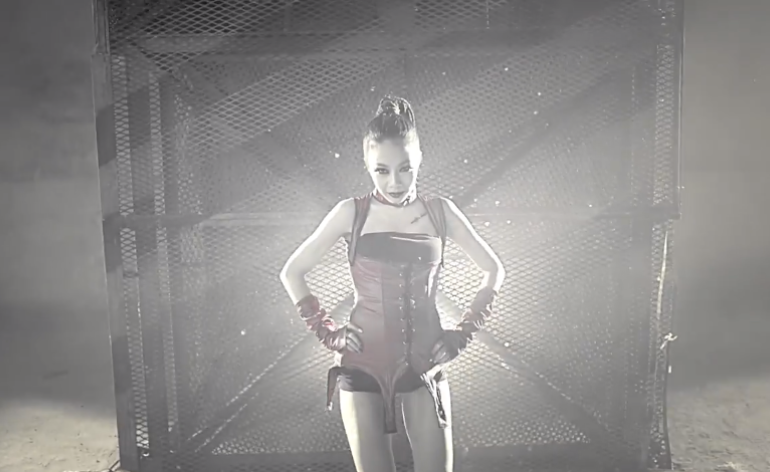 It is easy to stop here, and think that the entire concept of the video and song is gaudy. However, that would mean to discredit the lyrical content of the song, which serves as the soundtrack to the female leads domination in the fighting arena. The lyrics express an angst-filled response to the lover. Drawing metaphors from the Shakespearean play “Romeo and Juliet,” Yery Band flips the tale on its head by questioning Romeo’s motive for falling in love with Juliet. Yery Band sings from Juliette’s side of the ring, and does a good job in portraying her anger towards Romeo for getting them both killed.

You fake it, Romeo

The smile that resembles a mannequin”

The song questions the social constructs of women in relationships through showing Juliet’s’ intelligence in surviving from the mess that Romeo’s put her in — “When the play is over, I will turn around and laugh at you and disappear” –which  is in reality overshadowed by the garish violence shown in the MV. The contrast doesn’t do any favors for the song as it’s completely irrelevant to the lyrics.

However, the most despairing part of all this, is the ending. It’s ironic that while the lyrics belt out Juliette’s hate for Romeo, the female protagonist in the MV goes through a near death experience only to save the helpless male at the end. I was waiting for the female to kill the guy, and was left seriously underwhelmed and confused upon her doing otherwise. Some may think that killing her lover in the end, may have been too gimmicky — but in the face of things, I doubt it would have mattered anyways after the ostentatious MV that preceded the ending.

To conclude, this MV left a lot more to be desired, and though the 19+ rating triumphs in catching the attention of people, everything else fails to keep it.