Sam Fails to Lure Us to "Garosugil" 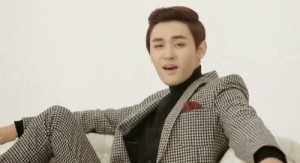 Sam’s “Garosugil” featuring Zito and D.Theo of Soul Dive would have just been another insignificant music video in the sea of innumerable debuts, however, something about the song (or the singer) caused a buzz in the K-pop community with mentions of its debut generously strewn across the web. Hoping for it to be another audio-visual and lyrical surprise like Lip Service’s “Yum Yum Yum,” I checked out the video without any preconceived notions about debuts from lesser known production companies.

And was left sorely disappointed.

The MV tries to accommodate every K-pop debut essential within a span of four minutes — from an easy-to-listen song devoid of musical technicalities and thankfully, jarring notes, the compulsory rap, a dance break, to an unusual USP—“Garosugil” tries hard but not hard enough, making it an easily forgettable debut.

The song, in itself, with its funky beat and R&B and hip-hop inclinations is not a bad listen overall. While it fails to make a solid impression, the chorus pleasantly echoes in your head without leaving a bitter aftertaste.

The problem lies within the MV. 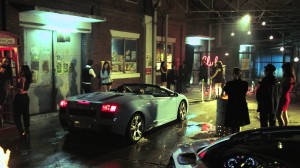 The music video opens to a dark and dingy club replete with tattooed men and women. The ambiance while on one hand, represents a certain social ‘decadence’ but on the other, excites the viewer with its “19+” concept as (s)he anticipates an insight into a rebellious and unconventional end of South Korea. This is exemplified by a clip of a couple kissing, a kiss which a lot of viewers have excitedly termed as a “non-K-drama kiss”, and with the abundance of smoke and alcohol. There is something shady and thrilling about the club which is supposed to act as the USP of the MV except that the MV does not use this potential to its benefit. From then on, its function is restricted to being an awkward backdrop.

Sam poses himself as a young debonair who has least respect for women, and views them only as sex objects. He ignores his girlfriend and then physically shoves her away as he falls in ‘love’ with a woman in the club. This is where the MV absolutely loses any semblance with rationality and spirals down a well-known path of irrelevant, even creepy lyrics, and rampant sexual objectification. And he is completely unapologetic about it.

He compares his newly found love to his favourite cologne. The analogy doesn’t only emphasize his blatant objectification but if I had to get down to decoding any oblique symbolism in it, then the cologne in itself is symbolic of the ephemeral relationship he intends to have with the woman. 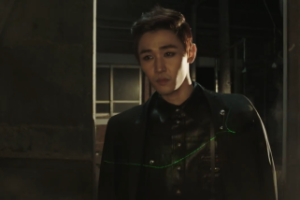 The significance of ‘Garosugil’ is a little difficult to understand. Garosu-gil is an area in Sinsa-dong, Gangnam-gu, Seoul, South Korea. The name Garosu-gil is from the Korean word which means tree-lined streets, as the area is adorned with ginkgo trees. The area is known for its galleries, restaurants, bars, cafes, as well as clothing boutiques and art design bookshops. Clearly, the Garosu-gil understood by Wikipedia and the Garosu-gil referred to in the MV are at conflict with each other so the closest one can get to understanding the significance of “Garosugil” is by taking away its geographical significance and by treating it only as a boulevard or avenue.

The woman in question, despite Sam’s arrogant proclamations of ‘pure’ love, does not seem to either condone or condemn his behavior most probably, treating it as a causal encounter which then makes the lover’s plea for attention rather comical and pathetic. However, with the overall lack of expressions in the actors one may have problem discerning between indifference and bad acting. 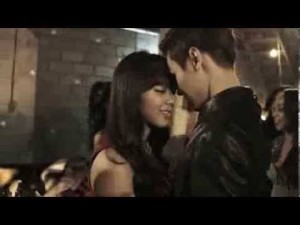 The rap, just like the dance sequence, does not fit seamlessly within the MV. They feel like chunks of performance put together rather unskillfully and unfortunately, neither of these chunks add much to the allure of the MV. It’s just there for the sake of being there and this includes the rather isolated scene of Sam sitting on a throne in a puddle of water.

The MV has creative potential but in attempting to blend a concept of an underground (and risqué) lifestyle with the staple concept of debauchery, it has left me rather disappointed.

Sam makes a mark as a singer with a pleasant song, but his training of eight years could have also been put to much better and impressive use.