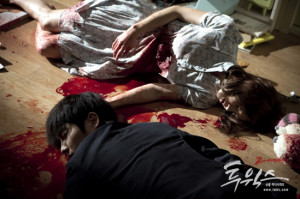 MBC drama Two Weeks ended its run on September 26th with its 16th episode, neatly tying up all loose ends. For eight weeks, the drama was a fast-paced one, a set of survival games that kept the action going up until the very last episode. Regardless of its appeals, Two Weeks regularly lost out to the popular Master’s Sun in ratings, struggling in the high single digit to low double digits range.

The best way to describe the end of the drama would be by redemption, both for Prosecutor Park Jae-kyung (Kim So-yeon) and Jang Tae-san (Lee Jun-ki). Both achieved some type of closure for themselves, whether it was over the haunting eight-year case or over one’s personal self-worth. Tae-san’s personal journey of growth and discovery of self-worth is the more touching one; throughout the drama, viewers were able to see how he grew and obtained the strength to live, as emphasized several times, as a human being. With the impetus of his child’s life at his hands, a child that looks at him with care because regardless of the past eight years, he’s still her father, that type of affection made Tae-san want to be a better person for her. The two week journey to accepting that, making his goal more than just to stay alive until the bone marrow transplant but to be rid of the threat of Moon Il-suk (Jo Min-ki) altogether, was like a crash course in fixing life mistakes ending with a clean criminal record and the opportunity to start anew. The very idea of having this low self-worth that manipulates an individual into a never-ending downward spiral is something most people have come into contact at some point in their lives. Overcoming that can be difficult, and seeing the little things that help make it happen are worth it. 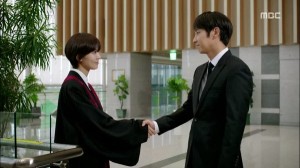 The choice to leave Seo In-hye (Park Ha-sun) and Seo Soo-jin (Lee Chae-mi) was a realistic one, and I’m pleased it went that way. There were limited romantic undertones apart from the flashbacks, another aspect that was pleasing. While in an idyllic world, the script could have had Tae-san rejoin In-hye and play out the role of a father, thus completing the family, it wouldn’t have been realistic. But by having Soo-jin ask Tae-san what he does for a living and the impact it has on him, it shows that Tae-san’s still not at the point where he can fully participate in a family to the best of his ability. Despite the desires of others, he’s still on a journey of self-discovery, one that’s been a long time coming. Now that his criminal record has been wiped clean and Moon Il-suk is in jail, he has the opportunity to live without constantly looking over his shoulder, and that’s probably going to take some getting used to.

The other choice of the break-up between Im Seung-woo (Ryu Soo-young) and In-hye was also a good decision. Admittedly, I was rooting for Seung-woo and In-hye to stay together simply because of that crushed look on Seung-woo’s face every time Soo-jin or In-hye lit up when Tae-san was present. But the two weeks revealed more secrets and bad decisions that more than rocked the foundation between the two adults. While Seung-woo is a stable choice that obviously likes In-hye very much, time is the best choice above all, which is really what all characters should get. 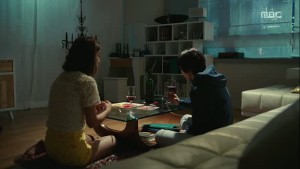 Park Jae-kyung’s ending shot with Oh Mi-sook (Im Se-mi) was one of the most touching moments of the series. It left an empty feeling which reflects Jae-kyung’s own feelings. Despite being successful with her case, she’s left with nothing after her revenge. Oh Mi-sook is still dead, her father is still dead, and her victory isn’t one that she can celebrate. Unlike Jang Tae-san’s completely changed worldview and ability to move forward, Jae-kyung’s last shot makes it apparent that she will need significantly more time to move past the case that consumed her life from when she was still a student. The choice to keep her character that way, happy for others but still somber at the end, is an excellent way of showing the effect of revenge, which is part of what her case was based on.

The fall of Moon Il-suk was neatly done. The repeated child kidnapping — once with Han Chi-gook (Cheon Ho-jin)‘s child who we learn is Teacher Kim (Song Jae-rim) and the attempt with Soo-jin — was a cruel gesture by Moon. Though he had clearly taken all precautions to try to keep Soo-jin healthy, the very idea of using a sick child against her father was a sign that he was becoming consumed by the idea of capturing Jang Tae-san. And as he became consumed, Tae-san had the opportunity to rise above and become the one with enough aid to overcome the Moon gang. 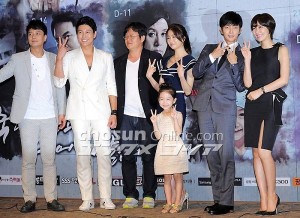 Admittedly, the last episode of the series lacked the bang of several other episodes. But that was to be expected considering the other episodes were fast-paced and had more ground to cover. By staying on essentially a single plot line where all roads and side paths eventually led to the same outcome for the greater good, the drama was able to focus on making that single plot line successful and believable. The coincidence of episodes with days made it possible to show more action and make the countdown something more palpable that the viewer could understand and relate to. The drama did a good job of tying up loose ends and gave each relevant character a good wrap-up to their story. The aforementioned discovery of self-worth and empty feeling of revenge allows this drama to be one of the more thoughtful ones I’ve watched.

If you haven’t caught the drama, I strongly recommend that you give it a shot. It’s shorter than most at 16 episodes, and every one is worth it. If you have been keeping up, what are your thoughts on the drama overall? What were your favorite or least favorite parts?