Heirs Episodes 5-6, Back to School!

Heirs is, at its core, a slow, teenage melodrama and for the most part it has lived up to that expectation. It’s not a horrible show, but it’s nothing exceptional either. My main complaints so far have been the same: wispy plot and generic heroine.

My biggest problem with Heirs is that it doesn’t feel original. Most dramas aren’t original — many often have the same premise — but a good drama doesn’t make the viewer feel as if they’ve already watched it before. Unfortunately, Heirs makes me feel as if I’ve already seen the plot a thousand times before.

Heirs is like a rehash of Boys Over Flowers — poor girl gets scholarship to prestigious high school, must deal with the ruling boys — and School 2013 — bromance gone bad but will eventually be fixed. The details are different, but it feels the same and that’s the problem. Not to mention that the plot is so thin that it’s mostly made up of coincidences.

The other problem I have complained about before is Eun-Sang’s bland character. I thought a lot about why I have been so indifferent to her and I think I’ve finally come up with the answer — Park Shin-hye plays the same character over and over again. Heartstrings, You’re Beautiful, Flower Boy Next Door — in all of these Shin-hye has played a variation of the same character. 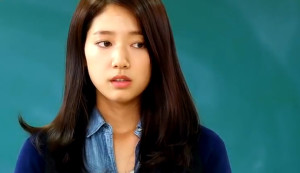 Park Shin-hye always plays characters that are quiet, meek, and prone to cry a lot. This isn’t inherently a bad thing, but when it is all she plays, the characters blend together and there’s nothing distinct.

Even when Eun-sang stood up for herself against Rachel, I couldn’t tell if it was part of her personality or out of character because we still don’t know what her personality is like. It almost seems as if her personality changes based on what the writers decide is best for the moment.

With that said, I’ll try not to keep harping on these issues in the future. Instead, let’s look at some of the better moments of these episodes.

Kim Tan’s past as a bully was revealed although it was a bit expected. However, why he and Young-do broke up still remains a mystery. It’s obvious they were once very close as Young-do knows Kim Tan’s secret regarding his mothers. Young-do is also not above blackmailing him with it and it indicates that whatever went down between the two must have been intense. Young-do has also taken an interest in our heroine but at this point it seems as if it is just to bother Kim Tan more than Young-do actually liking Eun-sang. 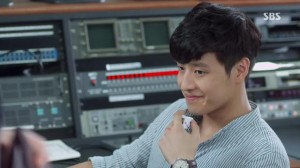 We also get some brief scenes with the prosecutor’s son, Hyo-shin, but he still remains the least developed character so far. Once Eun-sang joins the broadcast club, we will probably see more of him.

His character is interesting because he struggles with dealing with his overbearing parents. I think his vomiting after meals is a sign of a larger problem and I’d love for the show to explore this.

Kim Won’s animosity towards Kim Tan was also interesting because the two brothers are so different. I anticipate that Kim Won will be making Kim Tan’s life much harder in the future, especially after his introduction to the Jeguk Group board members. Unlike Young-do and Kim Tan, I don’t think Kim Won and Kim Tan will ever truly make up.

Heirs is a show best enjoyed by suspending logic. I’ve started to enjoy the show a bit more after letting go of the many coincidences and inconsistencies. It’s never going to make it into my top 10 drama list but it’s perfect to help you wind down at the end of a long day.

Is the story progressing nicely? What would you change about Heirs?