Demion Debuts With "Ask Her Out" 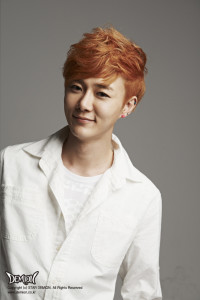 Back in January, Lion’s Bridge revealed that they would be debuting a new group around February. This group, Demion, then had four members and since has added an additional member by the time their debut was officially set. While they have only debuted now, the members didn’t spend all their time in the comforts of their practice room. To gain experience on stage, Demion had actually been performing three times a week in Gangnam.

A major reason why they did get some attention back then was because of member Nak-hun. He had been exposed to the public before via Vixx’s pre-debut documentary, Mydol. As people who have watched it know, he was cut at the final stage despite having four years of training experience under Jellyfish Entertainment. Nonetheless, out of the four cut in Mydol, he is the only one to have rebounded and found himself in another group.

Seeing as this debut was held off, it makes sense that those waiting wanted to know if this debut was one of the good debuts or a typical K-pop debut.

The beginning seems promising, with a strong voice singing along a piano. It’s simple and pleasing to the ears. Visually, the opening line is okay with said member playing the piano in a somewhat darkened garage. And then it opens up to the verse and the main video. And thats the point where things go wrong.

This MV is composed of two pieces: the dance scenes and the members having fun. Both are quite fine but the connection between the video and the lyrics is off. Watching the MV for the first time, you would think that it’s all about brotherhood and having fun. The MV plays like the awkward second cousin of Kang Seung Yoon’s “Wild and Young” in the sense that it shows the boys having fun together — riding in an open vehicle and just hanging out, typical boy stuff.

But then you remember that this debut single is actually entitled “Ask Her Out” and the only thing that connects the MV to the lyrics is the appearance of Wassup’s Woo-ju. 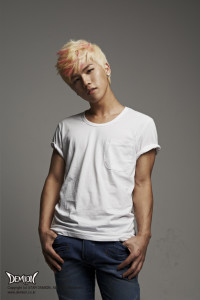 The fact that the boys don’t even have actual scenes with Woo-ju is a major problem for me. The lyrics are not translated to the MV. She only really has any interaction with a member during the last moments of the MV after the song has died out.  In fact, it would have better if instead of showing us useless scenes with Woo-ju, they instead showed us some dance cuts with their female dancers.

The song’s strong points are really in the chorus, led by leader Yoon who looks something like the older brother of Teen Top’s Chang-jo. The verse’s lack life in them. Maybe its because the members did not truly sing but rather talk-sang during the verses? At least that’s what I get. A shame since, if memory serves me right, Nak-hun had a pretty stable voice in Mydol.

Visually, they look fine. The clothes they wear in their dance shots are very K-pop and blends in with what has been worn before. Also, is it just me but aside from Yoon looking like Chang-jo, Nak-hun looks like a slightly foxed down version of B1A4’s Jin-young while Sang-bum with his haircut looks like he’s someone from JJ Project.

Overall, while the MV looks likes a video to promote tourism in South Korea, their debut is not the worst I’ve seen. Seeing as some rookie groups don’t actually find their sound until their second or third promotion cycle, the group holds promise. A rather textbook example of no translation of song to MV, this gains a 2.5 out of 5 from me.