Pretty Pretty: Ladies' Code is Back 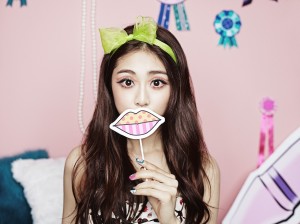 While only having debuted this year, Ladies’ Code are surely proving that rookies can sing too. Debuting under Polaris Entertainment with “Bad Girl,” Ladies’ Code had a good debut song that played to their strengths and choreography that put emphasis on the beats. And now, the rookies are back with their second mini-album, Pretty Pretty.

The mini-album starts off with an introduction track, “Polaris Club.” It does what an intro track should do — set the mood for the remainder of the album. It starts quite softly, with the sounds of drinks being mixed in glasses. It gives the listener a visual that this is truly in a jazz club as the drum starts playing and a male’s voice announces in English that the “ladies show” is about to begin. True, the girls do not feature in the song, but it is an otherwise great intro track, setting the stage for the next song.

The flow between “Polaris Club” and “Pretty Pretty” is smooth, and by the time the title track does start, our ears have settled into the trumpets that might just become the group’s’ signature sound. The trumpets sound triumphant, bringing back memories of that first time you hear Infinite’s “The Chaser.” But unlike the 2012 hit, “Pretty Pretty” sounds happy and cheery without losing that classy feel from “Bad Girl.”

This song is the “ladies show” referenced in the intro track. It is a song that highlights the strengths of the girls, vocally and visually. It a song that is playful and mentions something that the girls are all confident in. For RiSe, she admits to being cool and hotter than the others, but at the same time please don’t make fun of her pronunciation. Maknae Zuny says she’s prettier than all her unnies. And the members go on, telling us they’re pretty. But if the chanting is to go about, maybe they’re not just trying to convince us but also themselves and the listener as well. 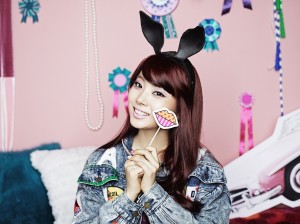 It’s quite obvious that this is the title track when one goes through the album. It is the most lively and highlights the range of each member. The dynamic of the song also makes it perfect for the stage — from the pause at 2:25, as So-jung begs us to please move our body and mind, to the continuous chanting with minimal instrumental background all the way to the 3:00 mark.

After the title track, we then reach the third track, “Hate You.” Released as a pre-release track with an accompanying MV, it raised awareness of not just the girls’ comeback but also of the girls themselves. The track, even after all this time, is perfect pre-release material. From the combination of So-jung’s husky voice and haunting guitar to the overall airiness of the track, it is a track that just sounds beautiful despite its repetitiveness.

After “Hate You” is the last track, “I’m Fine, Thank You.” With the simplicity of this song, it relaxes our ears as we end the album. Rather than give us a run-of-the-mill ballad that is custom in K-pop, we get a summer-like song. “I’m Fine, Thank You” features the girls singing on top of light synth and guitars. Like in “Pretty Pretty,” we get some chanting, or at least a variation of it. It’s has a sing-along quality because of the start of singing-chanting at 2:55 to the end of the song and album.

As an album, the songs all highlighted their strengths and featured the girls giving us a solidified sound. No song seemed out of place and each had its own dynamic, making each different from the other. So-jung was a standout, though this may all be an illusion since her husky voice is different from the other members’ smooth vocal tones. Overall, this was a good effort and gets a 3.5/5 from me.