K-Hunter Sings a Cute Proposal with "Marry Me" 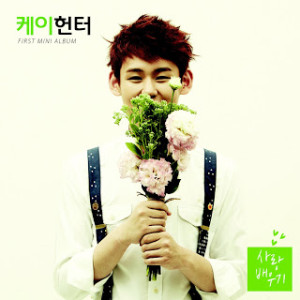 Hailing from the tiny entertainment agency Giant Hunter, rookie solo artist K-Hunter debuted earlier this summer with his debut digital single “I Will Be a Star,” an acoustic ballad that was light and sweet and gave us a taste of his unique timbre.

Now, K-Hunter is back with his first music video, two at that — an original (drama) version and a dance version. Released on August 22, “Marry Me” is the single to his first mini-album Learn with Love, and it’s a more traditional pop-electro track with a cutesy flair.

While the music itself is nothing groundbreaking, it’s fun and light with lyrics about first love and the innocence that comes with it. While the name of the song implies serious romance, it’s more on the cute side since the lyrics are more childish.

Let’s get married when we grow up
I’ll cherish you, I’ll adore you
Baby baby maybe oh my baby girl
I love you as much as the sky and earth

I promise you, pinky swear, I’ll always protect you from your side
Baby baby, every day, oh my love
Beautiful girl, it’s only you, accept my heart

Just as with his first single though, what makes this track stand out is K-Hunter’s voice. His timbre is so different, and strangely autotuning it doesn’t detract the way it does for most artists. While he sounds wonderful in the acoustic version, he also sounds great in the original. I never thought I’d see the day, but I particularly love the way his short vibratos pair with the autotune. It’s weird, but it works in such a cute way. The original version of the music video then takes the cuteness factor and ups it several levels.

While the teaser made it seem like Bomi of A Pink had a larger role, she is actually barely there. Instead, her inclusion was likely to build anticipation for K-Hunter since he’s just a rookie. If she had been given a larger role, it could have added to the song and the romance of first love and staying with them forever.

For example, the opening features shots of the boy and girl getting ready for a wedding as the acoustic version of “Marry Me” plays. It would have been great to add cuts of Bomi and K-Hunter doing the same for their wedding in the future. The same goes for the foam kiss since (you know the one from Secret Garden). But the music video doesn’t lose anything from Bomi’s minimal role because it’s still charming and sweet. 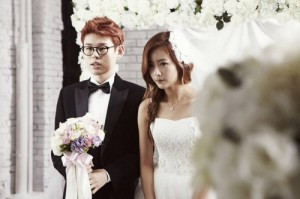 From the girl’s introduction to class to the boy cleaning off the swing for her, we get to see them becoming close. Then, when her bike messes up, and he rescues her, we see their love blossom. The music video really capitalizes on that with the scene of them running and playing with bubbles then with him “proposing” to her with a bouquet of flowers, and it’s adorable.

I admit that I giggled a little when they held hands under their desk and especially when they did the foam kiss. It helps that they have kids doing everything here instead of teenagers because we all know that when children do cute things, their cuteness increases tenfold, especially next to the choreography.

While a bit literal and silly at times, the choreography is delightful and fun. Several of the moves and the fact that it’s a duet work with the lyrics of the song. For instance, there’s a move where they twiddle their fingers when K-Hunter sings that he is inexperienced and young. At another part, he and his dance partner actually link pinkies when he sings of his pinky swear to love her forever. And while K-Hunter isn’t the best dancer, he makes up for it with his energy and the fact that he sings quite well live, despite dancing. 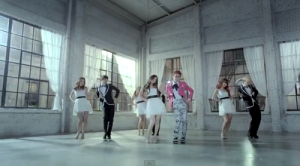 The styling too goes with the theme of first love and weddings except for K-Hunter’s outfit throughout the dance version. Hot pink leather and patterned pants aren’t really normal wedding attire, but against the background dancers in their typical tuxes and white dresses, it works. Plus, it has the details of the suspenders, the ribbon tie, and the saddle shoes to make it cohesive, and it also goes with the quirky cuteness of K-Hunter’s image.

“Marry Me” is adorable. The song isn’t anything new, but it’s fun and catchy. Combined with K-Hunter’s voice, a fun dance, and a sweet music video, the song is a great start for the rookie artist. While I once could say that I didn’t like cute things, K-pop is slowly melting my icy exterior with music videos like this. I hope K-Hunter garners a following with this song because he’s already got a new fan.