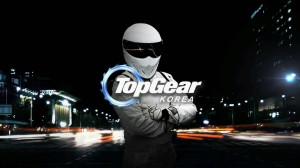 Felt that you have seen enough of Korean destinations in the form of weekly runs of either Running Man or 2 Days 1 Night? Heard enough stories on the likes of weekly chat shows to consider most of them variations of the same theme?

And most pertinently, have you ever spent time wondering how things would be if you could combine various elements of your favourite shows together and be your own imaginary producer?

So here are some interesting concepts that I came up with, and if you do see them on television or being mooted in future conversation, you know where you saw them first.

In light of how much we all enjoy the MBC Idol Sports Championships and Dream Team, plus an occasional spot of Top Gear, wouldn’t it make sense to combine the best parts of these shows?

Basically, what we would do on this show is gather a bunch of K-poppers with driving licences, have a Korean car manufacturer sponsor the cars, and have both Oppar and Car battle it out on the track.

Segments would include 4km track racing, 2km guided obstacle course, and of course the good old straight line sprint across a kilometre.

Celebrities who are up for an added challenge or two can also try their hands at manual cars, and either really impress, or stuff it up big time in front of their fans by stalling repeatedly.

What would make this show fun to watch would be a mix of guilty pleasures like seeing your muscular alpha-male bias struggle with the clutch, or your pretty female celebrity drive around a track way too gingerly and hold up one of the outer lanes. Of course, throwing celebrities into cars could also lead to some unexpected surprises, like maybe seeing a female celebrity out-drive a guy?!

Of course, there would be the benefits to any car manufacturer sponsoring the show. In return for having to contend with a few wrecked cars at the end of every episode, there would be the increase in product exposure and sales. Just imagine, how many fans would pass up the opportunity to drive the same model of car as their oppar/bias/idol?!

A Minute To Say It!

For those who find the current crop of shows too boring, or seemingly overly fawning of their guests, this show might be the perfect 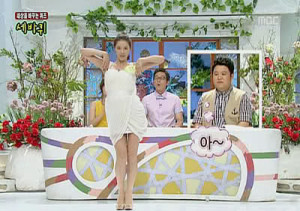 antidote. In this show, which prizes brevity and attention grabbing antics above all else, contestants have only a minute to make their pitch, or in this case a story or interesting act to keep the audiences interested.

Failure to do so would result in the contestant having to sit out the rest of the show, as well as endure punishments such as having pie smacked in their face. On the other hand, winners will get added time to further “entertain” the audience.

Of course, not every minute on this show will be made equal. For some reasons only known to the producers, nugus will find that their clocks seem to run really fast, while big acts will get (literally, in this case) the luxury of time.

At times, do you honestly wonder how your favourite celebrity would fare if they had to live as…you? Well not literally, but go through life just like one of us, at school, in the office or even out the field (as a military conscript).

In this ground-breaking reality show, pop and TV stars will be stripped of their usual identities, and placed into communities, schools and offices where they would be doing daily mundane jobs. In addition to that, they would be given individual apartments which they would have to maintain (oh, the ignominy of needing to shop for one’s own groceries, or pay the bills on time!)

This to most viewers would probably be the greatest guilty pleasure of all (ha, great on stage, but pretty much incapable elsewhere or without the help of a manager). But, on the flipside, what if they ended up getting an “epiphany” and decided to start living like us and forsake a life of stardom?!

What type of mad cap hybrid variety show would you like to see your favorite idols in, readers?