Kang Seung-yoon is "Wild and Young" 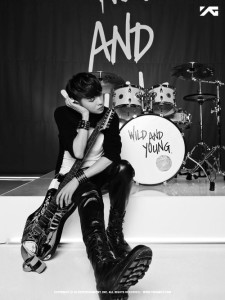 Wouldn’t you know it, YG was late at releasing the “Wild and Young” MV, but hey, at least there was a pre-release single, “It Rains.”

Kang Seung-yoon has recently released his first MV, “Wild and Young.” For those not in the know, back in 2010 he was a contestant in Superstar K2 where he finished in 4th place. A couple of months later, he signed on to YG who released a statement saying that he would be debuting in a group sometime in 2012.

That has recently changed with YG releasing news that there would be a reality program, WIN, which would feature two competing trainee groups to debut as YG’s newest boy group, WINNER. Kang Seung-yoon is part of Team A (along with Lee Seung-yoon of K-pop Star 2) and YG has recently released a video of Team A dancing to I.aM.mE’s choreography.

While July has come and went without any mention of the promised reality program, YG has released Kang Seung-yoon’s debut MV, the first of three singles for his mini-album.

Let’s start it off with the positives of “Wild and Young.” It was youthful, but not the aegyo youthful we often see in K-pop. There was nice use of scenery which was appropriate for the time of the year. Furthermore, the youthful feel of the MV was in line with the youthful theme of the song. It is a rock song and is all about the rush and adrenaline one feels when one falls in love. An especially memorable part is when he sings the pre-chorus and the last portion of the song — his voice sounds absolutely perfect.

The MV has scenes of Kang Seung-yoon and friends on a joyride, at a campfire by the beach, riding bicycles and skateboards and the like. A further plus is that there are actual females in the MV and Kang Seung-Yoon is having some interaction with one: from his arm slung over her shoulder, playing bubbles with her and just sitting next to her.

Considering he is part of the 94-line, it was very fitting  that the MV was tied in together with the central theme of young love and being spontaneous. 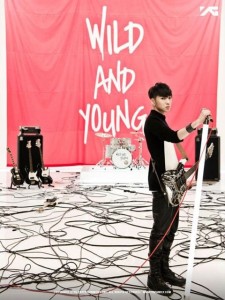 What about the negatives though? While it is overall a very nice MV, it isn’t particularly memorable considering it is his debut MV. The scenery was great and the way the scenes of him rocking out were interwoven with everything else was seamless. It checks off all the boxes one looks for in a great MV — cinematography, fashion, the correlation of the lyrics and the MV. The problem is there is a certain je ne sais quoi missing in the MV.

And this problem is not only in the MV but also in the song. This was not a song worth waiting three years for. After three years of training, his technique may have improved slightly, but the song is still of the same level as what he has done in Superstar K2.

This is disappointing especially after “It Rains,” which I feel had the potential for a great MV. It was a song that was memorable, evoked an emotional reaction from listeners and made the perfect use of his voice. With “Wild and Young,” it sounds as if he was straining at certain lines, though I am perfectly aware it is a technique commonly used in rock songs. After “It Rains,” “Wild and Young” sounded as if it was a song cut from the Shut Up Flower Boy Band OST.

He may deserve a better song but he still rocked his live stage. I would personally prefer to watch his live stage for the je ne sais quoi missing in the MV is definitely more present in his live performances. Nonetheless, the youthful MV was still a good watch with a song perfect for summertime road trips to match it. Kang Seung-yoon’s “Wild and Young” MV earns a 3.2/5.