Week in Review: Beyond a Shadow 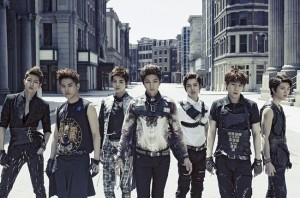 It’s still the middle of Summer, but with the light always comes the shadows and the dark.  The biggest releases of this past week all took a turn to the dark side instead of the many lighter toned concepts we’ve seen recently.  Not complaining at all because it has made for some compelling new MVs.  Now, it’s time to shine a little light to those that have stepped out from the shadows.

Still in the Shadows: