Missing Davichi Today? Maybe You Should 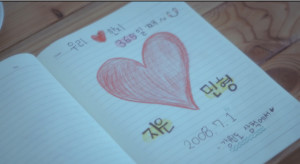 With all the attention given to the CCM groups, and the shuffles going on recently, one might forget about the one group in CCM that is the epitome of consistency and stability – Davichi.

Amidst all the trouble surrounding their idol labelmates, the ballad duo have done well to constantly be staying together to release singles that satisfy on both critical and commercial grounds.

Although at times they could be accused of doing almost the same thing with every single, right down to the song composition and structures, one could also argue that there was no point is messing with a good formula.

With all this in mind, let’s look at their their newest single, “Missing You Today.”

The music video tells an interesting story. At the beginning, we see two women (played by actresses Lee Da-hee and Oh Ji-eun) waiting at a bus station and about to embark on a journey. Although both of them try to appear optimistic in front of the world (or at least each other), it is clear that they are both not at ease, as shown by their pensive and frustrated emotions when they are not looking at each other.

Eventually, they both get on the bus, but their paths do not converge. On the bus, it becomes obvious that they both are nursing the 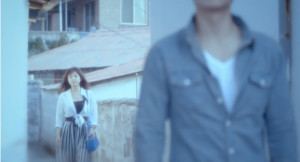 emotional fallout from a failed relationship, but in different ways. The one played by Oh Ji-eun tries to overcome it by trying to block out thoughts of it and tune out (as shown by her turning on some music on her portable music player), while the other one played by Lee Da-hee copes by trying to reminisce about the good times with her box full of items which commemorated past good memories.

While at their destination, they again share the same form of depression, but coping with it separately. Along the way, one of them ends up chasing after a man who resembled her ex-boyfriend, while the other tries tearing out significant milestones in the couple scrapbook she made.

Eventually, the torn scrapbook gets discovered, and the two of them come to some form of mutual understanding over seeing the book, as well as a drinking session at separate tables.

The next day, the two of them meet up, where they again share a quiet moment (as well as some catharsis) as they destroy a key page in the scrapbook. However, the video does not exactly end on a positive note, as Oh Ji-eun rounds out the scene with a narration saying how things, far from getting better, have not improved, and that she still missed her ex. 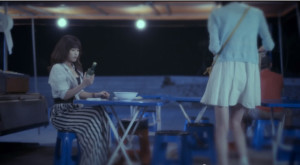 In some ways, this MV is probably as realistic as renditions of life after the end of a relationship. We all appear outwardly normal, but in reality, the struggles still carry on inside. We try to cope with it in some way or another that only we know, and which appears weird to others looking. Of course, at times we also try to drown our sorrows in drink, or just by crying.

Also at times, the people surrounding us might also just be the very ones going through the same problems, though they do not look it. And at times, when the communication barriers are broken, we just have so much in common.

These are just some of the themes nicely explored in the music video, and while they are not always clear on first viewing, they reveal themselves slowly over time.

Now if only the same thing could be said about the song. While it is pleasantly sung, it just so happens to fall into the same formulaic, and (by now) boring pattern.

By now, we all seem to know the drill: an instrumental accompanies slow melodious singing for the start, which seems to get 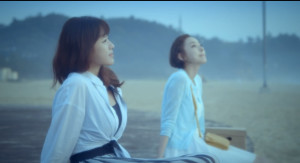 bolder as the song progresses, till we reach the chorus, and the duo engage in some vocal belting, before hitting another vocal peak at the end of the chorus. The pattern then repeats again before the song ends.

Yes, it does make for decent listening, and it’s pleasing to enjoy some good vocals in K-pop from time to time, but surely they are capable of better, and over time, they do risk themselves being typecast into only doing one type of song.

So what we have here is a song of two halves. An interesting MV coupled with a song that is pleasant but distinctly average. And for being equal parts good and bad, the final score would be 3.5/5, even if it seems unfair to penalise a pair of nice voices and a well-made MV for being paired with an overdone style of composition.