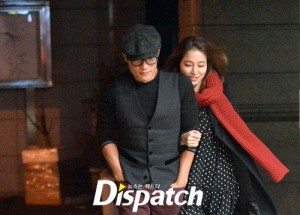 Well what do you know, yet another K-celeb couple are tying the knot this year! Lee Byung-hun and Lee Min-jung made their relationship public in August of last year, though they probably started dating much earlier. Lee Byung-hoon even mentioned in a relatively recent interview that he had broken up with Lee Min-jung once in the past—like in 2004. So it’s not too surprising that the two have decided to get hitched, and they are doing so pretty soon. August 10th, to be exact.

The couple has a 12 year age gap, and have known each other since Lee Min-jung was a rookie actress. Indeed, this has stirred rumors about Lee Byung-hun actually being her sponsor and other juicy gossip.

Lee Byung-hun has a lot of star power (plus charm and good looks), especially these days, as he gained many an accolade for his dual role as King in Masquerade. (The movie swept nearly every award show, and Lee scored a best actor award at the Grand Bell Awards). He also made a Hollywood debut, and has been a mainstay A-lister for a long time now. 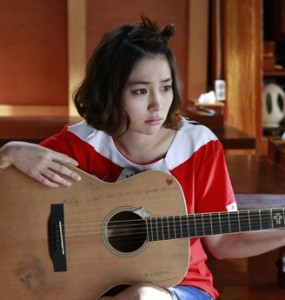 What’s interesting though, is the effect of Lee Min-jung relative unpopularity when compared to the gravitas of Lee Byung-hun. Lee Min-jung is not a terrible actress and has had her share of recognized roles; but there was certainly some stigma against her as the girlfriend, now fiancée, of Lee Byung-hun. She’s been compared to “A” in Park Shi Hoo’s scandal, labeled a “gold digger” (from the sponsorship issue), chastised for being 12 years younger than her boyfriend, and more.  Add the fact that Lee Byung-hun had once had a high profile relationship with A-list actress Song Hye-gyo and a scandal with a gymnast, and you have the perfect recipe for a netizen bash-fest.

It’s disappointing that Lee Min-jung receives all of this backlash for her relationship, as did Baek Ji-young. It’s also unfortunate that Lee Byung-hun’s past relationships have been clouding a lot of the public’s perception of his current relationship, and of Lee Byung-hun himself. Perhaps news of the wedding will turn things around for the couple publicly, though I don’t think they look like they really care about what people think—which is great to see.

Congratulations are certainly in order for the lovely couple, and let’s hope for some great wedding photos to come out soon! 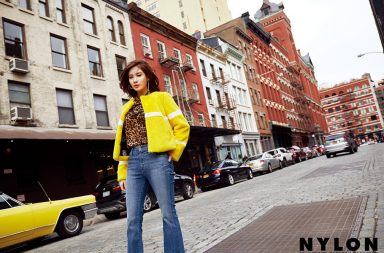