BtoB and the Big Bad Sasaengs 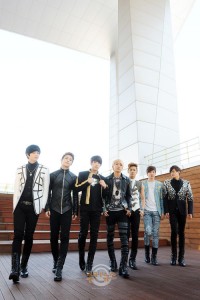 If you’re confused about the controversy involving BtoB last week, you aren’t the only one. Although then situation had been evolving for some time in Korea, its introduction to the international fans was somewhat sudden. Out of the blue apologetic posts from BtoB members started appearing on their fancafe and, unfortunately, the posts were vague enough that they only added to the confusion in the international fan community. What finally ended up being explained through translation and deduction was an issue that had been developing between the BtoB and their fans for a while.

The first hint of trouble was the post by the Cube Entertainment staff asking fans to reign in their behavior while patronizing the Cube Café. This is a reasonable request, just because it is a public space doesn’t mean patron’s behavior should be unruly. They also asked for fans to send gifts for BtoB to the staff instead of trying to gift them at the café in person, also perfectly reasonable. Unfortunately, what this message seems to have been alluding to was an increase in the sasaeng-like behavior of some of BtoB’s fans.

There were other clues that would have led fans in the Korean community to suspect that something was amiss but the hints involved the inner workings of the fan-run fancafes and the politics of music show attendance, so there wasn’t a clear way for the issues to come to light in the larger fan community. Two big events that culminated in Cube and BtoB finally taking action were the creation of a fake Twitter under Changsub’s name and the sudden closing of multiple BtoB fancafes.

The Twitter was confirmed to be fake quickly because the account was harassing other fans and BtoB members on the website, and posting personal information about the boys that shouldn’t be public. This was clearly the work of a sasaeng fan with inside information, which is nothing new, but it was the harassment of fellow Melodies (BtoB’s fans) that became the real issue. 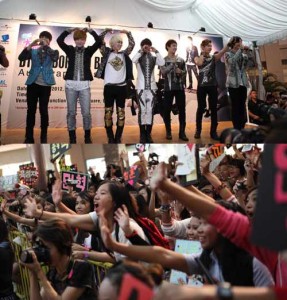 It was eventually revealed that most of the BtoB fancafes that had closed down had done so because of bullying and pressure from other large fancafes supposedly run by a specific group of sasaeng fans. In other words, it was an in-fandom fighting situation. This isn’t anything new either – I’m sure you can think of several fandoms famous for their internal conflicts — but it was BtoB’s involvement with these particular fans that came into question because of it.

In sum, the charge being brought against BtoB is that they were too friendly to sasaeng fans — earning them the title “sasaeng-dol” – and that their behavior has led to the harm of their own fans. This relationship was brought up because it just so happens that many of the individuals being accused of harassment and bullying of other Melodies are “fans” that are well-known by BtoB, to the point of being on a first name basis. The same group of people is in the front row of all the music shows and is regularly present at BtoB’s events.

This is where the line gets blurry and the real issue, in my opinion, appears. How much intimacy with your fans is too much? This is essentially the question BtoB has had to ask themselves since this issue blew up. If a fan happens to get lucky and meets BtoB multiple times at fan signings and special events it would only be natural that they may be remembered by the idols. Being a regular attendant of music shows is also understandable, there isn’t anything about watching your favorite group perform – even if it is on a regular basis — that makes you a sasaeng. 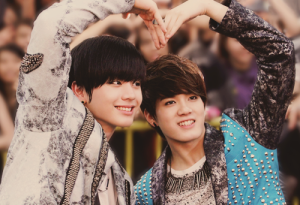 However, the line between dedicated fan and sasaeng is crossed when a person puts their personal desires above the well-being of other people and knowingly begins to cause harm. BtoB is facing blame because they didn’t seem to realize that they were interacting with sasaengs. Perhaps it is because the naiveté of their rookie status, but they claim that they were just being nice to people they saw as dedicated fans, and there isn’t anything inherently wrong with that.

Although sasaengs and idols conduct will always be an issue, more important should be the focus on fan relationships with each other. As BtoB ended stating in their posts on their official fancafe, the focus of this situation should be the harm caused by one fan to another, not whether or not sasaengs were involved. If the members feel that way, why did the focus end up on the group and their relationship with fans instead of on fans relationships within a fan group?

Cube’s decision to make all of the members delete their Twitters – the ones that had them anyway – certainly implied that they don’t trust the members of BtoB to control their interactions with their fans appropriately. There is a feeling among the international fandom, at least, that Cube is placing too much blame on BtoB when the company and managers should have had better control over the situation themselves. 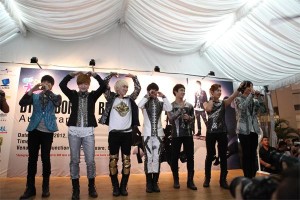 Another aspect is that these issues were largely brought to light by fans being affected by the bullying and likewise they contacted BtoB directly through their fancafe to voice their concerns. Many of the fan’s messages blamed BtoB for what was happening, hence the “sasaeng-dol” term appearing. Honestly, to many fans it probably looked like BtoB really was to blame because of how much privilege and information the sasaeng fans had managed to gain. Since no one had all of the information they needed to assess the situation fairly BtoB ended up taking a lot of blame for harm they never intended to have a hand in causing.

This entire situation could have been solved in a very similar manner without involving so much blame in the first place. Fans could have just as easily let BtoB know about the inner-fandom conflicts without saying “this is your fault for being nicer to some fans than others.” BtoB, if they truly mean what they said, would have acted just as quickly and efficiently to protect their fans from harm without the groups own reputation being on the line. This is a good lesson in how much responsibility fans place on idols. As Heechul of Super Junior has said, it isn’t his place to be responsible for his fans lives, so don’t blame him when something goes wrong. 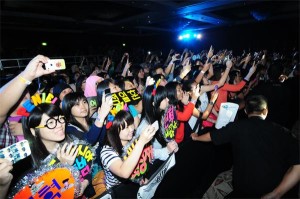 BtoB has handled this situation as well as they possibly could have and it is all blowing over quickly. Within a week the worst of the situation seems to be over as BtoB has firmly stated that they will no longer acknowledge the group of supposed sasaengs that caused all the trouble in the first place and that any staff member caught interacting with these “fans” or in any other way aiding some fans more than others will be fired.

This should be a wake-up call for all K-pop fans. Attacking other people who share a common interest with you makes absolutely no sense. By putting their selfish desires to be the closest people to BtoB before their human decency a group of individuals that were probably originally fans just like you and me has managed to hurt multiple people, including the group they claimed to love. BtoB did nothing wrong by being friendly and it is a shame that they will have to distance themselves from their fans now because of their company’s reaction to this situation.

What did you think of this situation, readers? Where do you think the blame lies?