"Wash Away" Your Pain with Geeks 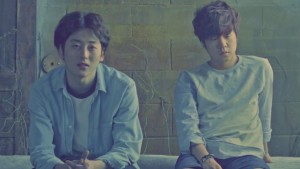 Hip-hop duo Geeks takes a sad, sophisticated turn with their newest MV “Wash Away” (feat. Ailee), the title track of their full-length album Backpack. The lyrics express the singer’s wish to wash away the memories of a painful relationship, and the need to fill his dry heart. There is a desire for water not only to destroy, but also to renew life. The music video illustrates these lyrics not through a storyline, but through artistic water imagery and manipulation of pacing. What “Wash Away” delivers is a well-shot MV that allows for Geeks’ rapping to stand out, but doesn’t allow for any surprises.

We begin with three people: Louie, Lil Boi and mysterious lady drinking water. Mystery lady can be seen as the other half of the broken-up couple, giving physical shape to Ailee’s voice in the song. In this case it seems that both parties would like to wash their memories away. However, she also does double-duty representing the memories themselves. Throughout the MV, it is the woman that primarily interacts with water, making her the main focal point and the thing that is being consumed and doing the consuming. Louie and Lil Boi remain immobile in the video, save for when their mouths move to rap, illustrating how they cannot do anything while these memories are still present. 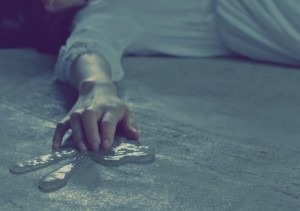 For most of the video the woman tries to consume water, through drinking it and by submerging herself in the gigantic bathtub. This is imagery to which we are no stranger in break-up MVs. There is also a fishbowl (sans fish) that makes numerous appearances. In what was probably intended to be a thought-provoking shot, the woman sits on a windowsill and dips her hand in the fishbowl. It is more reminiscent of slumber parties and bowls of warm water than deep meaning. After that the fishbowl takes on a life of its own and the water inside is shown to be spilling over the edges, probably due to emotional turmoil. In an attempt to bring another minimalist water vessel into the video, the fishbowl ends up seeming pretentious and silly.

The other water images work well, however. We see water from a spilled cup seemingly absorb into the woman’s hand. At this point the water is the only movement as the woman lies on the ground literally soaking it in. Besides being visually striking, this does a nice job to convey the pain in the song; the woman really wants this water to do its metaphorical magic, and the subtle gesture of her fingers pulling the water in show a desperation to erase pain. Conversely, at the end of the video water seemingly pours out of the woman. At first it appears to be the same rain that is falling on Louie and Lil Boi, but upon closer inspection is only falling from where the woman sits. It is at this point she gets up to leave, the falling water acting as a signal that the singer is ready to move on. There is also a snail featured at the end. Snails symbolize many things, among them death and rebirth. Since the snail appears at the end of the video when the water begins falling, it seems to represent new beginnings, as snails are drawn out in the spring due to rain. 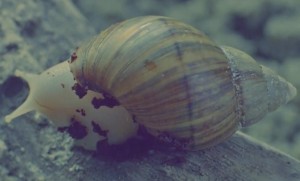 A dominant feature also related to snails in the video is the slow motion. Everything and everyone moves slowly, save Louie and Lil Boi. This works well to emphasize the rapping by giving viewers visual contrast to the speed they are hearing and seeing from Geeks’ mouths. In terms of snail symbology, the slowness also gives the feel of how long the break-up process takes, but that through persistence there is a light at the end of the tunnel. Visually it seems they wanted to show lots of slow motion water shots, which gives the video points of beauty. Overall the slow motion works for the song, but the steady pace rarely varies. More shots of Louie and Lil Boi would have been effective here, as their presence is the only thing that breaks up the monotony of the pacing. Their bodies come alive when rapping, and their energy picks up the otherwise stark MV.

Another way the video visually slows time is through its monochromatic color scheme. The inside is unchanging, and the sun is blocked out by a curtain, obliterating any passage of time. Predictably, the walls, the clothing and the furniture all live in the blue to grey to white category — colors of water. In the same way that slow motion works for the song, so does the color palette. It keeps the focus on the music and fits the tone of the song, but unfortunately isn’t the most stimulating set to look at. In cases like this, the MV needs to shot superbly. The video has moments of brilliance, such as the hand-sucking-water scene, but otherwise the soft lenses fall dangerously close to looking like other minimalist break-up MVs. 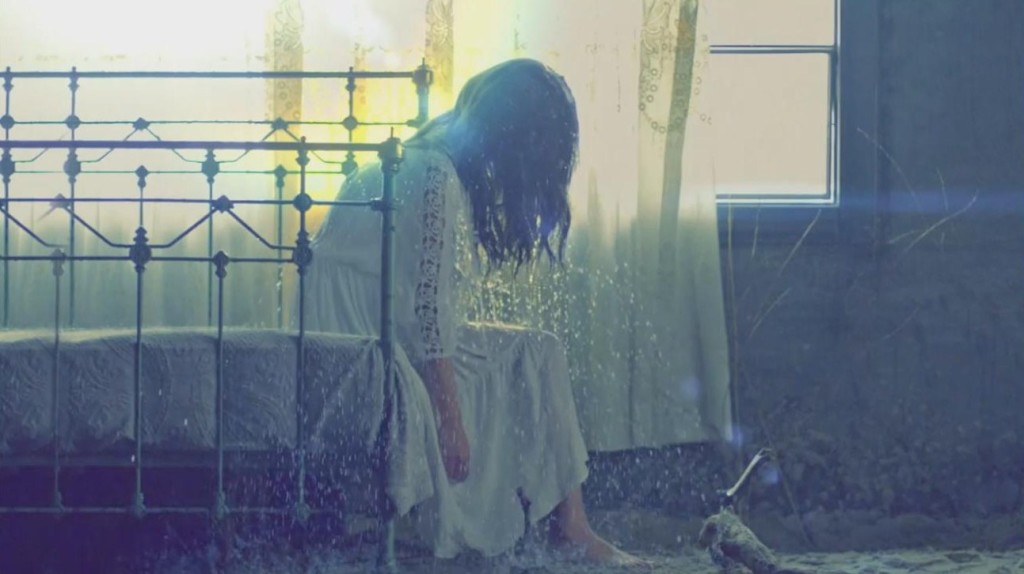 The “Wash Away” MV certainly showcases the music and rapping in the song, and the visual imagery illustrates the lyrics beautifully. However, the shooting style and overall look leaves little room for variation. In a video where even the slightest movements draw attention, there were opportunities to put an original stamp on the visuals that were missed. 3.75/5.

For an interesting contrast, check out Geeks’ short MV for “Siren” (feat. Swings), another track from Backpack. The MV is scenes from the Grandline Tonight Vol. 3 concert last February, and shows off the energetic, edgier side to Geeks.