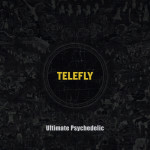 Telefly is a trio rock band that was formed in 2009 with the aim to play a mix of psychedelic and blues rock. Currently, the band is made up of vocalist/guitarist Kim In-hoo, bassist Lee Jae-hyeok, and drummer Oh Hyeong-seok. Their name comes from a combination of ‘television’ and ‘butterfly:’ a butterfly that will fly around all types of media. In 2010, the trio released a self-produced EP entitled Ultimate Psychedelic. In 2011, the band signed to indie label Electric Muse and released another album of the same name: old tracks were reworked and some new ones were added on. Also, since 2009, the band went through three member-changes, but none of them happened between the release of their EP and first full-length album. As such, a more solidified sound can be heard from the music in their full album.

“Butterfly” starts off slow, before building up rapidly. The pause in between allows for a more traditional beat to enter. Vocals are minimal: when they are present, they are done by the group’s guitarist, who keeps his husky voice barely above a whisper. The parts can seem disjointed at first, but they actually fit quite nicely together. Because the focus is so much on the actual music produced by the instruments, they seem to take the place of different verses. My favorite part starts at around 4:05.

The swells of sound honestly give me chills in this one. “Reality” is present on the group’s album, and it was also included in Electric Muse’s 5th anniversary album, appropriately titled 5th Anniversary Electric Muse. The song is a trip to hear. The track sounds like a complete journey through the transitions, leaving the listener with a very satisfied feeling. The guitar is used differently here — in comparison to “Butterfly” — to give the song a harder edge. While there was a ‘cleaner’ sound in the former, the potential of the electric guitar is explored in this song.

“I’m On the Road” is only present in 5th Anniversary Electric Muse in a studio live format. It’s shorter than the previous two here and also uses more vocals to mostly repeat “I’m on the road.” The song is more cohesive than the previous ones and similarly showcases high quality.

Next is “My Blues,” which really amps up this nifty blues direction they like exploring. The line that the bass guitar keeps repeating from the beginning is catchy and keeps the song together well. It’s a solid song overall.

“Level Bright” uses a hard drum beat to differentiate in between sections, falling away when the vocals come into play. Around 3:15 comes a change of pace that slowly builds and then fades, like in much of their songs.

Now that I’ve covered 4/11 of the album plus an extra, if you want to take a listen to all of Ultimate Psychedelic, head on over to their Bandcamp site. I highly recommend a listen to “Take Off” and “Walkin’ Blues.” What this band is able to do with their instruments is just amazing, and I can’t wait for them to put out another album.