Kan Jong-wook made his debut in 2004 under the stage name R.envy, and since then, he’s been known more for his contributions to the OST for multiple dramas: May Queen, Gloria, and Royal Family, among others. He also debuted as a part of J2, a ballad duo comprised of Kan and his twin brother, Kan Jong-woo, the two working with Brian Joo for their debut song, “Missing.” And now Kan Jong-wook returns solo with “Stupid,” with his J2 counterpart assisting in the lyrics for the song.

The music video starts showing Kan Jong-wook himself, at first in a hospital, but later sitting on a large stony structure upon which a video is projected. It’s clear that the video holds the real plot, relegating Kan to a narrator’s position, though, as we’ll later see, one who comes from a third person limited point of view, only knowing the feelings of the main male to show how those feelings contrast with his actions.

In the hospital room, we have a man receiving treatment for what seems to be a severe situation while his girlfriend–first generation idol group Baby V.O.X‘s leader Kan Mi-youn–stays by his side, noticeably saddened by the worsening condition of her significant other. She meticulously cares for her loved one, and while doing so, is attracted to the bubbles that seemingly come from nowhere, which draw her attention to the appearance of a wardrobe. 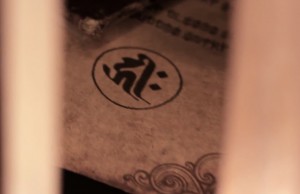 Opening it reveals a type of paradise, a full deal complete with the warning that once the tattoo on her arm finishes forming, she’ll be forced to stay in that paradise, unable to return to the real world. Inside that room, the woman finds herself to be much happier with objects she clearly loves. It’s a distraction from the reality of her suffering boyfriend.

Once she returns to the real world, her boyfriend notices the tattoo and suspects something is up. After feigning sleep and watching her enter, he too follows, only to find himself in a rather desolate location with his girlfriend nowhere in sight, indicating the significance of her presence to his paradise. And as she’s in her own world, he can’t seem to go there as well. He leaves the wardrobe and later confronts her about it, providing a scene in which both of them have the tattoo; the woman’s more clearly defined, much closer to being the symbol initially seen in the wardrobe. Shortly after, the man dies, leaving the woman alone. In a rather sobering moment, she rolls the cart with his dead body into the wardrobe so that they can stay together in her paradise.

The music video provides a scenario that is rather heartbreaking: a man is severely ill, and his girlfriend is doing her best to take care of him. But it’s taking a large toll on her, to the point where to some degree, as the lyrics say, “love is leaving.” The appearance of the wardrobe likely appeals to the woman for numerous reasons: to be a distraction from reality, to be a place to go if she expects her boyfriend to die soon; and she may even be disregarding the warning entirely, too enticed by the idea of a paradise. The contrast between the world of the wardrobe from the man and woman is so drastically different that it really shows the difference the man’s illness has made: his world revolves around her while she needs a break. The realization that he was going to lose the woman anyways, considering the progression of the tattoo in conjunction with his already deteriorating condition, was enough to propel the severity of his sickness forward, ending his life. The woman feels the pain of a lost loved one, and since she has to return to this fantasy world anyways, she brings the man with her. 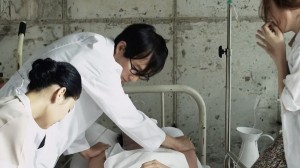 If it wasn’t for the sheet with the warning shown at the first appearance of the wardrobe, I would have thought instead that the wardrobe meant to represent a rather misplaced afterlife with the way the woman moves in and out of it. And actually, in a way it does play that role in the end.

The knee-jerk reaction sometimes to someone leaving a relationship while the other is sick is to immediately call the one who leaves selfish, cruel, incredibly cold-hearted. But this music video shows a bit of both sides to the situation that make it necessary to consider both people and their context before making any judgments. The woman clearly still loves her significant other, shown through the care she still puts into looking after him, her presence by his side, and her smiles when he’s well enough to eat. And the man understands the difficult dilemma she’s in, which is perhaps why he’s unable to tell her to stay: she deserves to be happy as well, but he just wishes he could be the one to bring that happiness to her, even going as far as entering that “paradise” as well, with the hopes of being with her or at least enjoying what she does. He calls himself the fool for the not looking out for his own happiness and taking the chance. And there’s a little bit of regret and wondering attached to that: if he had been more outspoken with his feelings, would the ending have been different? Would he have gotten better at a more rapid pace? We can’t know.

The music video is satisfactorily shot, but an aspect that is a bit puzzling is the choice of location. It seems that this room is in an outdoors stone building, the very same one showing Kan Jong-wook at the start of the music video. While it gives way for excellent scenery for the room’s occupant, it’s a very strange location to put a hospital room. The first glance at this scenery even seems fabricated as it comes with the initial presence of the wardrobe and its dreamy effects, but later scenes show that the landscape is indeed that green and picturesque. Other than the out of place area, though, the cinematography is done well, making clear distinctions between reality and paradise through much mist and little saturation. 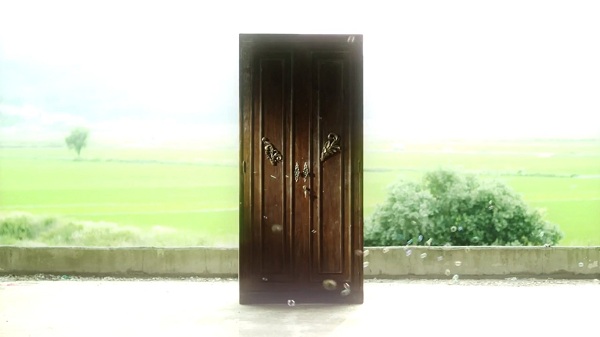 The acting on the male’s part is performed well, appearing sufficiently torn and overall unhappy with his situation. Kan Mi-youn does okay, too. She really shines in the scenes by herself in her personal paradise, enjoying the area. But some instances, like the little to no hesitation before entering the wardrobe, were suspect. And speaking of that personal paradise, it seemed ridiculously simple for a so-called dream world: clothing, bubbles, and pretty ornaments made up the area. It could be that the woman wanted to bury herself in a superficial distraction or that the paradise cannot possibly measure up to reality, but it seemed to lack proper depth.

The lyrics connect strongly to the events of the music video, relaying the man’s thoughts on the situation while showing contrasting events. In addition, one of the last lines of the video, “No, no, no, you can’t leave like this,” can really be applied to both man and woman: the man doesn’t want her to leave him despite his condition, and the woman doesn’t want him to die. Kan Jong-wook’s tremulous voice expresses the heartbreak very well, completing the music video with his qualities.

“Stupid” has a plot that was thought out well to demonstrate the difficulties of the relationship without making it seem like it was either side’s fault that they were feeling a certain way. The lyrics help fill in the some of the blanks–a big thank you to Loen Entertainment for continuing to provide English subtitles–and enhance the storyline well. Negative aspects have been mentioned–faults in acting or scripting and odd cinematography–but they didn’t detract from the overall impression of the music video.

How did Kan Jong-wook’s music video do, readers? Leave a comment with your thoughts!