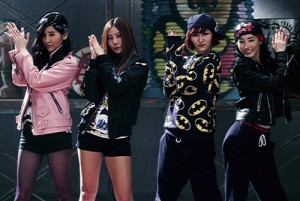 GLAM (Girls Be Ambitious), the four member girl group under Big Hit Entertainment, is back with “I Like That,” their second promotion since their summer debut with “Party (XXO).” Although the group originally had five members, Trinity has taken leave and GLAM is now Miso, Zinni, Dahee, and Ji-Yeon. Fortunately, as a rookie group, the change hasn’t caused any controversy or backlash. Big Hit Entertainment made the right choice in getting the member change over and done with, now let’s hope they leave the line-up as it is.

“I Like That” is very different in sound from “Party (XXO),” which is fine with me, as I didn’t particularly like their debut song, but people who prefer the romantic dance-pop sound of “Party (XXO)” may not enjoy the heavier hip-hop verses of this release. Both MVs are colorful, fun, and humorous, which ties together GLAM’s image, but the MV for “I Like That” seems a better fit, and more naturally funny than “Party (XXO)” was. “I Like That” also samples from a well-known hip-hop song by Chul-E & Miae called “Why You“ which was famous in the 90’s.

On first watch, this MV would probably appear extremely random to non-Korean speakers. The scenes don’t make sense together and the images are obscure, but that isn’t necessarily a bad thing. It makes you want to watch it again to figure it out; it makes you want to laugh even though you don’t know what the joke is. Watching this, the viewer could be taken back to his/her first impressions of G-Dragon’s MV for “One of a Kind” — a complex one to the average viewer, deciphering the message behind the clip could prove trying. From personal experience, it takes a viewing and a skim through of the lyrics to have it all click together (well, mostly).

The basic gist of the song goes like this: I eat BBQ for two, I like that, I sing karaoke alone, I like that, killing cockroaches alone is gross, but I like that, getting too drunk is gross, but I like that. The MV managed to express these feelings in a fun way that got the message across: that although these are generally things you have a partner around to do with you, being alone isn’t the worst thing that could happen. This is a lesson many people never learn, and being able to enjoy your own company is one of the most important things you can ever learn because break-ups are going to happen, and in a culture that is relationship-heavy, being confident in your ability to be importantly good deterent against societal pressure and depression. 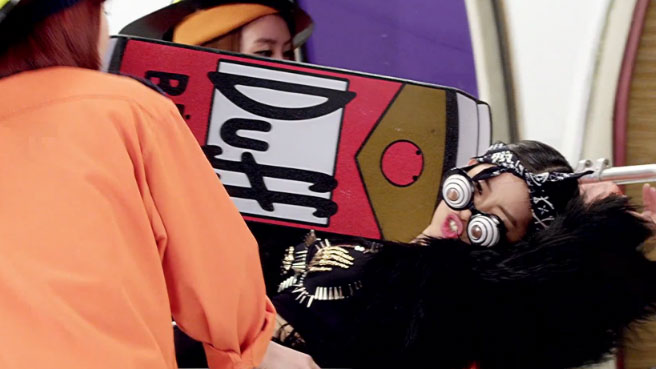 Having a judgmental meat cook, a karaoke room filled with copies of yourself, having the alien from Alien appear as a bug in your house, and being taken away by an ambulance when you’ve drunk too much (with a giant cardboard beer can), are clever ways to express the message of the song through song and visuals. The first two verses tell you about things that you can do alone, but leading into the subsequent verses is a “GLAM The Horror” TV intro, a clever transition into the parts about unpleasant solo activities. Speaking of the drunken scene, I may not know what Korean medical professionals wear, but the outfits they don look like firemen outfits. What goes on here confuses me a little — are trying to put her in an ambulance? Korean readers, do enlighten me on this subject.

The use of Western pop-culture symbols, or rather the choice of elements, did piqué interest. Considering how often these things can be misinterpreted, the use of Duff Beer as alcohol was particularly impressive. Hello Simpsons fan! Unless you recognize its context, there isn’t much to read here. Icon recognition aside, the same goes for its connotations of Alien, Freddy Krueger and Batman. For a person well-versed in these aspects of pop-culture, the chosen symbolisms do carry through the MV’s message. 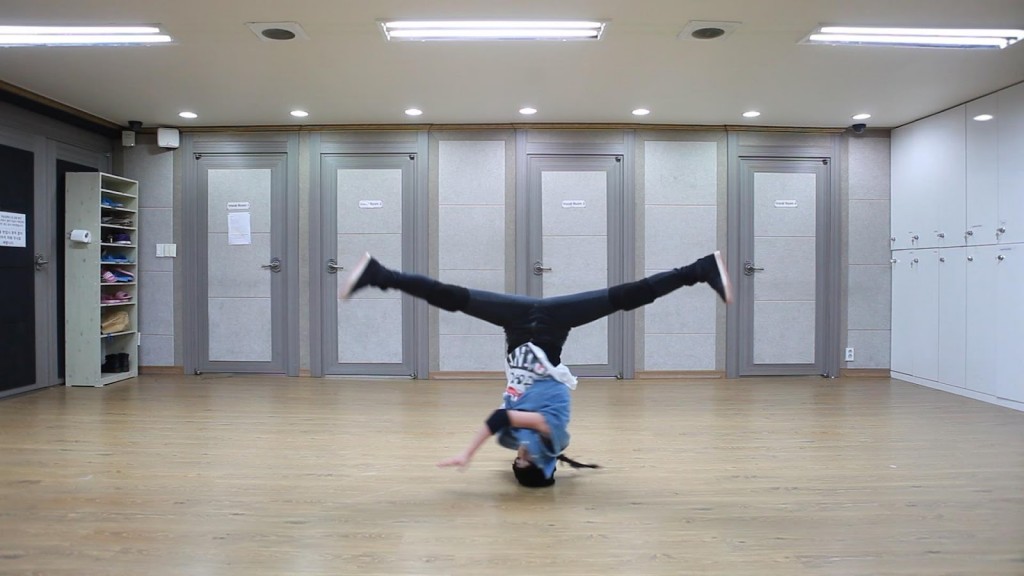 Choreography-wise, the dancing is a balance of hip-hop and cute, a right fit for the music — the cute butt-bump dance in the second chorus is a particular favourite. Shots of Zinni doing solo break-dancing were a nice touch to the regular sequences — it’s not often that a girl group member is seen spinning on her head and doing shoulder stands. In general, their style is a tilt toward hip hop dancing. No high heels are involved, and there aren’t long dance sequences, but GLAM delivers enough dancing to get a feel for their style.

“I Like That” also reveals a recent trend in K-pop — the use of random props, albeit with a ‘GLAM’ factor. The beef says GLAM, the music player says “like it”, and every other item reads “like” or “like it” or “like that.” It may take a couple watches to catch all the little words, but they are there, and they give purpose to the randomness. Not to plug another band’s release but the cinematography here strikes as similar to B.A.P’s usage of seemingly random items in “No Mercy,” where all the items were actually interpretations of the lyrics of the song. 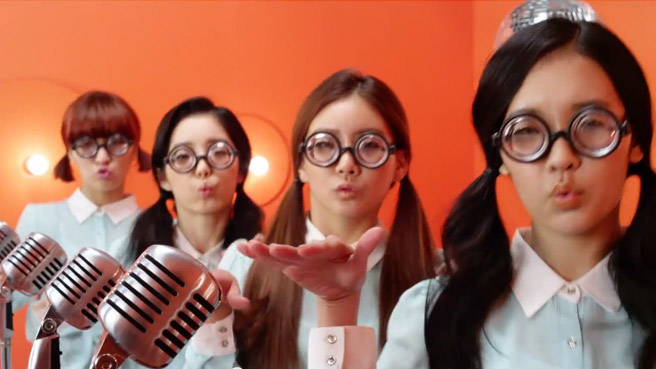 The only part of the MV I didn’t care for as much as the rest was the cuts with the members in picture frames. The scenes weren’t terrible or anything, but they weren’t significant and they weren’t the best. Possibly inspired by the style and vibrancy of the hip hop genre, the colors and patterns in this segment appear very bold and stark against each other, and not in a pleasant way. Other than those scenes, the stylistic choices for the background sets were great. The black and white complimented the outfits, and the grungy graffiti stage fit the hip-hop/horror style of the scene. I may never understand K-pop hip-hop style clothing, but I can’t complain about it in this case because it fit the song, and the MV and wasn’t so over the top that I wanted to burn everything. Other than Zinni’s hairstyle being unflattering, the rest of the girls looked comfortable and attractive in their outfits and hair-dos.

A few other notable moments: Ji-Yeon saying “lego” (when will that trend die?), the jerky camera work in the second chorus that complimented the dance moves, the funny scenes of the members dressed up as nerdy backup singers, Zinni rolling around on a skateboard on her stomach, Ji-Yeon’s shaky leg dance, and the moment where she sells her couple ring. A solid MV and a solid song from a rookie group, especially since the song is already climbing its way up the music charts — everybody else look out! What do you think? How does this compare with “Party(XXO)”?