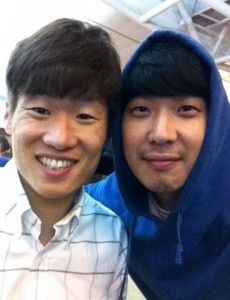 It’s a shocker to absolutely no one how huge Running Man has become. Starting over two years ago in July, 2010, Running Man has changed quite drastically in terms of format and dynamic, and along the way, the show’s popularity skyrocketed to where it is today. Originally lauded solely for the comeback program of national MC Yoo Jae-suk following the conclusion of the first Family Outing, over time, Running Man has gained notoriety and fame for other things, from its thrilling games, to the amazing cast, to the noteworthy guests.

It has come to the point where Running Man has become one of the the most popular variety shows in Korean entertainment, rivaling fellow programs 1 Night 2 Days and Infinity Challenge when it comes to popularity back in Korea. But when it comes to overseas popularity, it’s pretty safe to say Running Man has the clear advantage over its two competitors. Running Man has truly become a Hallyu program as the show’s special overseas episodes can attest. The program and its cast have gained quite a large foreign fanbase, a demographic gained by the show’s own merit rather than the fame and popularity of their very prestigious guests.

As the show got more and more popular, not only did the challenges and landmarks become more extravagant, but the program started featuring more prominent guests as well. After some time, Running Man soon became the variety show to be in, with its high demographic being very favorable for any celebrity to promote in. In the show’s commencement, variety-ready idols, fellow gagmen, and former Family Outing members were the only primary guests of the show, but as the show gradually gained more popularity, the guest pool started to diversify as well. 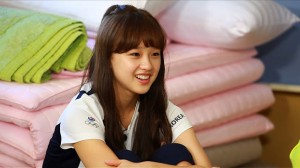 First, insanely popular actors and actresses such as the likes of Son Ye-jin, Gong Hyo-jin, and Kim Soo-hyun joined the ranks of Running Man. Soon after that, older more reputable singers also started to run along with the cast, taking part in the hilarious and tiring tasks of the show. Renowned singer turned variety personality Noh Sa-yeon has appeared multiple times on the program, and just recently, Running Man aired a “Legends” episode, featuring some of the most legendary acts of the past such as former group Sobangcha (Fire Engine), Kim Wan-sun, and Kang Susie. And starting quite recently, world class athletes were thrown into the mix.

The addition of athletes was surely an ambitious and ingenious one. In technicality, figure skater and “Nation’s Little Sister” Kim Yuna was the first athlete to appear the show, presenting some challenges through video recordings in one of the earlier episodes. But the first notable athlete to actually guest on the show was soccer player Park Ji-sung. To say his appearance was a success is a huge understatement. Park Ji-sung was able to show a very silly and playful side to him not usually seen by the public, and his interaction with the fellow Running Men was absolutely golden. While his achievements and status as a representative of Korea was rightfully doted upon by the cast and crew, Park Ji-sung was ready to shed off his dignified titles and just have fun with the Running Men in one of the best games the Running Men have played in a long while — superpowed soccer. 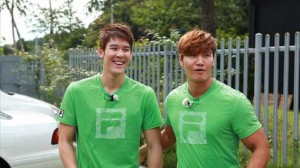 And while it’s a very bold claim, I’d go on to say that Park Ji-sung is definitely one of the best guests Running Man has featured, only rivaled by the notorious Hunter Choi Min-soo.

Following the overwhelming success of Park Ji-sung, more athletes have stepped up for their turn in the show. Back when everyone was in an Olympic high, swimmer Park Tae-hwan and rhythmic gymnast Son Yeon-jae appeared on the show, also impressing with their performances. And not too long ago, baseball players Choo Shin-soo and Ryu Hyun-jin guested on the trending program, playing yet another hilarious rendition of the superpowered series — superpowered baseball.

Athletes appearing on Running Man is truly beneficial for both parties involved. For one, the appearances of these world renowned figures exponentially raises the credibility and popularity of Running Man. Not only do these episodes attract fans of these athletes, but for the variety show to even feature such legendary guests would be a highly laudable feat. 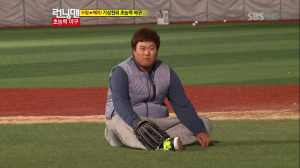 Furthermore, these athletes provide the proper competition the now highly experienced Running Men have been lacking for a while. Now over their hundredth episode, it is undeniable the Running Men are now very skilled in the art of chasing, hiding, and tearing off name tags, to the point where their advantage over the guests seem unfair. The majority of the show’s guests include frail female idols and actresses and slower, older entertainers, unable to really compete with the experienced cast. The only real competition the Running Men have been having were male idols, the occasional hardcore female player, and each other. But noting beats the intensity of having a trained athlete as an opponent. For the first time in a while, you could tell that the Running Men were truly giving it their all, and for once, the handicap — most typically in the form of superpowers thus far — was put on the guests, a clear deviation from the Running Man‘s norm.

But more than that, however, is the benefits the athletes receive from guesting on the show. Regarded as national representatives at home, these athletes are rarely able to show their fun, carefree side in between their competitions or tournaments. Running Man was the perfect opportunity for these athletes to show their personalities usually hidden behind their game faces. Also, the less serious and dignified images of these athletes were put on hold during their time on the show to allow their admirers to better relate with them. 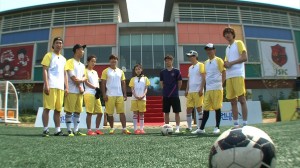 I mean, who would’ve known of Park Ji-sung’s impeccable wit and likability if it he never showcased it on Running Man? The same can be said for Park Tae-hwan’s uncanny compatibility with Commander Kim Jong-kook, Ryu Hyun-jin’s goofy and childish personality, and Son Yeon-jea’s endearing and natural cuteness. If these athletes never appeared on Running Man, these likable parts of these athletes’ personalities would be kept hidden to the public, which is a clear shame if you ask me.

In conclusion, athletes provide such a breath air in Running Man which has admittedly growing stale as less amusing guests steal the focus. These athletes provide a new dynamic to the program and give the cast a true challenge, making the show much more enjoyable. And while we shouldn’t assume all future athletes to guest the show will yield similar results, the ones that have temporarily joined the show were large successes, showing their likability and charm that would have been missed by an entire and plentiful demographic.

Readers, what do you think of athletes on Running Man?