Cream of the Rookie Crop: A Year-End Look at 2012's Debuts 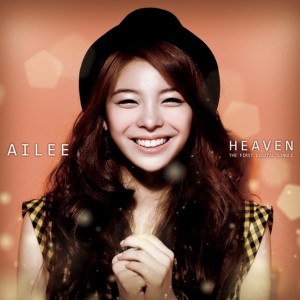 The year-end festivities are soon approaching, which also means that 2012’s onslaught of rookies will soon come to an end — giving the K-pop audience a breather before 2013. Over sixty idol groups debuted this year, and that’s not even counting soloists, subunits of already existing groups, and non-idols. Every week of the year provided multiple comebacks or debuts, with rookies working hard to stand out from the rest through regular performances, variety show appearances, and some work internationally. We’ve seen a whole new set of youngsters hit the stage, making me cringe at my lack of productivity as performers as young as fifteen sing their hearts out. The sheer amount of music produced this year increased, bringing some more of the same along with some new gem

Now that our readers have had the chance to share their input with the Best of 2012: Debut poll, Gaya and I would like share some of our opinions on the best debuts of the year.

Gaya: Though the polling was overall much calmer (especially in the comments section, which was nice), the results largely mimicked those of the corresponding mid-year poll. The top three were still Nu’est, B.A.P and Exo, but we got to see some ladies round out the top 5 this time. Though Ailee debuted first, “monster rookie” Lee Hi managed to beat her to 4th place.

Ambika: Most other groups had similar amounts of votes for their debut, aside from Busker Busker in 6th place. But as we know, a debut doesn’t mean everything, so any one of them could surprise us in the fast-approaching new year. 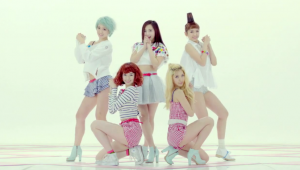 Gaya: Well, the voters have spoken, but what about us? For me, my three favourite debuts were Hello Venus, Busker Busker and Nu’est.

Though “Venus” was far from my favourite song of 2012, I really enjoy the group’s spunky brand of aegyo. Songs like “Love Appeal” and “Hello” showed that they’re not saccharine, and having individualised outfits lent the girls that extra bit of attitude. Honestly, Hello Venus reminds me of “Chu” era f(x); but Hello Venus make it work better for them thanks to their youth and, mostly, lack of back catalogue — the change between f(x)’s earlier releases and the more cutesy “Chu” did seem to hurt the song’s reception. I’ve also enjoyed their live performances; I know a big deal was made of rapper Lime‘s high note, but leader Yoo Ara‘s adlibs were always the highlight for me. And now with soprano Yoonjo back in action, their lives can only get better (provided the songs allow for good singing).

The first I’d heard of Busker Busker was when they beat out SHINee and CN Blue for first spot on M! Countdown — wait, what? A newly debuted band, taking out two of the biggest names in the K-pop? It was only a weekly award, but I guess it could be seen as a sign of things to come for the trio. Their MV for “Cherry Blossom Ending” was one of my favourite for the year, and though they had only one release, Busker Busker were the only nominee in this poll to have released a full album. I enjoyed just about every song in Busker Busker, and my love affair with weird voices continues in lead singer, guitarist and composer Jung Bum-jun. They’ve taken over South Korea this year, topping digital charts like no-one’s business and even managing to scoop the best rookie award at the MAMAs, despite being a no-show. Busker Busker is another example of how being runner-up on a reality singing contest (Superstar K3) is more boon than curse, and I can’t wait to see what they do next. They’ve also inspired me to check out more K-bands; because as great as boy dance groups are, there’s something exciting about seeing people literally make music together. 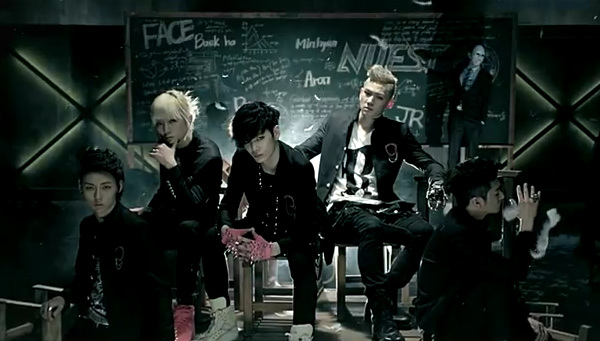 Speaking of dancing boy bands, my last pick was very had to decide upon; Ailee was close to being here, but Nu’est won out after I saw a live performance of “I’m Sorry.” “Face” was an aggressive song, so seeing the boys pull off the more restrained choreography and maintain the viewer’s interest showed me and indication of their range. I was also impressed by their live vocals. They’re quite young, but that doesn’t seem to impede their professionalism in the slightest; in fact, their youthful and cheeky antics seem to only endear them to their fans. Nu’est has also been working on their international image, having already been in Singapore the States and even Australia(!), and it’s paying off for them — a lot of votes for Nu-est in this poll were from various Asian countries.

I’m a bit surprised — two Pledis groups as my favourites! Of course, it was a strong year for debuts and there were other rookies I liked this year, like GLAM, Lee Hi, Phantom and even B.A.P — wouldn’t you agree, Ambika?

Ambika: Yes, indeed. This year had quite the set of strong debuts. Nu’est was endearing, and I especially enjoyed their use of chairs for their performance of “Face.” Hello Venus was all sunshine and aegyo, not usually my style, but their vocals were appealing. Busker Busker actually wasn’t my cup of tea, but their sales clearly show that they have a strong audience and appeal.

It seems Gaya mentioned two of my favorites in her last sentence. Of the year, I’d have to say my top three debuts were B.A.P, Lee Hi and Juniel. I debated replacing Juniel with either FIESTAR, who gave off a harder-hitting feel with “Vista,” or Phantom, who finally officially debuted with Phantom City, but ultimately “Illa Illa” won me over. 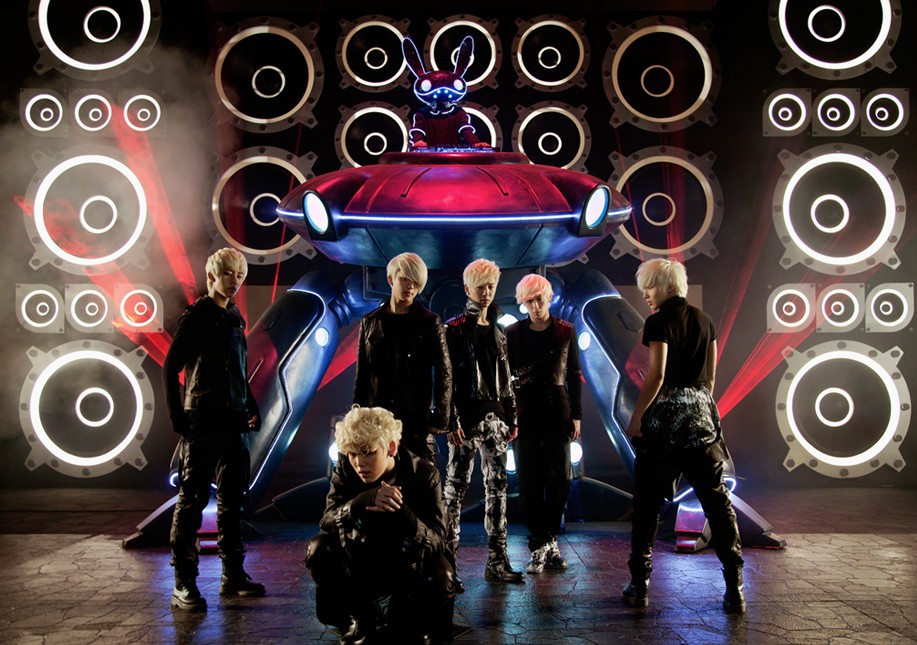 To start, I honestly don’t think you can talk about 2012 debuts and not mention B.A.P somewhere in the mix for at least how well-constructed their debut was. If we isolate just their debut, the group hit the scene early on with “Warrior.” They had prior promotions to build hype, a ready concept–however alien–complete with a mascot and plans to reveal more in the future, a reality show that started pre-debut to cement that extraterrestrial image, and strong live performances with memorable choregraphy from the beginning. Though the single album was released the 26th of January, the group had a debut showcase on the 28th of the same month, complete with performances of all four songs, which is more than what most rookies prepare for their debut stage. Personally, their rage was right up my alley. Their music, like all music, draws in some more than others, but they have established a niche for themselves with those more masculine and intense sounds accompanied by the ever-present whistles.

Next up is the aforementioned “monster rookie,” Lee Hi with “1,2,3,4.” The styling of her name still gives me laughs, but her voice is no joke. Though only 16, she can pull off a soulful voice that, as many have noted, is very similar to that of songstress Adele. Like Busker Busker, Lee Hi is an example of how being a runner-up in reality singing competition, in this case Survival Audition K-pop Star, isn’t all that bad. 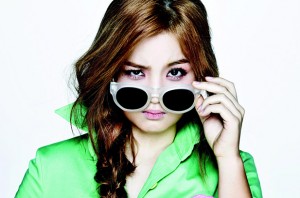 Even while on the show, Lee Hi managed to garner the most advance online votes for most episodes. And it certainly helps to be backed by YG Entertainment with personal attention from CEO Yang Hyun-suk himself. But neither are substitutes for that voice and the power she can bring to the stage. Her stage presence in terms of physical expression is a little lacking at this point, but her vocal expression is top notch and bodes good tidings in the future. It’ll be curious to see if she will eventually be incorporated in SuPearls, who we haven’t heard about in some time.

Juniel isn’t a stranger to the stage as she debuted in Japan in 2011. But her official Korean debut was with My First June, aptly done in June of this year, after pre-releasing her track with CN Blue’s Yonghwa two weeks prior. The melancholy “Illa Illa” allowed a girl with a guitar to hit the stage with sweet vocals. And if it was time for the sweeter “Fool,” a guy with his guitar could join in the fun too. The mini-album provided a variety with the purer sounds of “Ready Go!” and the contrasting, haunting vocals of “Mask,” creating a well-rounded debut. The fact that Juniel regularly composes and writes, contributing to the music released, also marks her high in my book as an artist invested in her music.

A strong debut is certainly helpful for gathering notice for a group, but it can also potentially hinder by setting a high bar for any following releases. To stay relevant, generally multiple releases are necessary, all demonstrating improvement or bringing something new to the table. 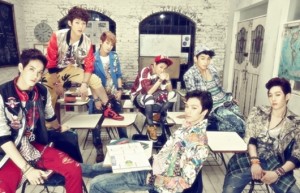 Gaya: I completely agree about the need for growth. SPICA, for example, started out pretty strong, but lost ground with their aegyo turn in “I’ll Be There;” the cute curse also seemed to affect FIESTAR and even B.A.P., to an extent. On the other hand, EXID had a lacklustre debut and even a line-up change, but they managed to bounce back better than ever with “I Feel Good.” And BtoB, formerly known as “the poor man’s Beast,” managed to bounce back with a ’90s Jack Swing sound and a more fun image. It was really great to see these groups come back better than ever.

Ambika: Of those Gaya brought up, BtoB’s comeback was the one that stuck out to me the most. “Wow” gave me a sound to solidly remember them for, along with those enjoyable performances. Along the same line, I wish EXO had made a second comeback this year. With every comeback, there’s the chance to change minds, and EXO’s music just didn’t do it for me the first time around. I’d also like new material from JJ Project. The duo brought fun to the stage with “Bounce,” but that just wasn’t a strong enough track to compete with songs from other rookies this year.

If this year is any indication for next year, we can look forward to another plethora of new groups with some outstanding ones. In addition, we can watch the rookies of this year grow with their next releases, much like Block B and B1A4 this year. Opinions on music differ from individual to individual, so ours most certainly do not reflect everyone’s. Readers, what were your choices for the year’s best debuts? Do you share any favorites with us?