Shoujo Jidai Brings Out the Flower Power for Japan 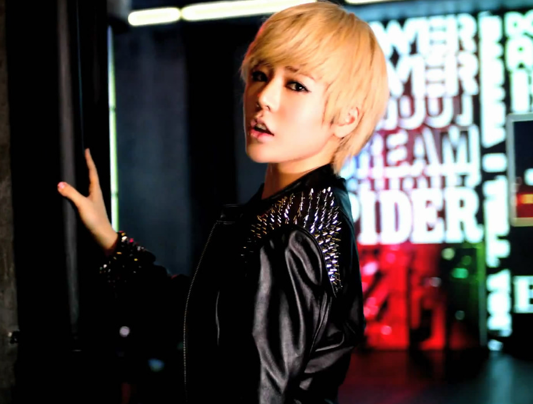 First it was “Gee,” then it was “Genie,”  followed by “Mr. Taxi,” “Time Machine,” “Run Devil Run,” “Oh,” “All My Love is For You,” “Paparazzi,” and now SNSD or, as they are known to the land of the rising sun, Shoujo Jidai once again are setting out to stake a claim in the Japanese music market with their new Japanese original “Flower Power.”

I’m just going to get straight to it–when SNSD went Shoujo Jidai, I was almost entirely skeptical of what they could accomplish–the girls’ Japanese is just absolutely grating at times and their presence in J-pop wouldn’t be exactly unique (Japan has plenty of their own enormous girl groups that abound  the J-pop scene). Not to mention that their remakes still included some Korean lyrics, which I found rather inappropriate in a crossover attempt, but hey, they’re not my nine money-making angels.

But much to my own surprise, for the most part, Shoujo Jidai brought the Japanese boys and girls out and their numbers on the charts were no blatant secret. I’ve also found their Japanese concepts to be more palatable and in fact more flattering that their Korean equivalents. In short, despite all the ups and downs that comes with crossing music markets, I’ve always had my eyes looking out for Shoujo Jidai. And that is exactly why when “Flower Power” dropped, I pounced on it. 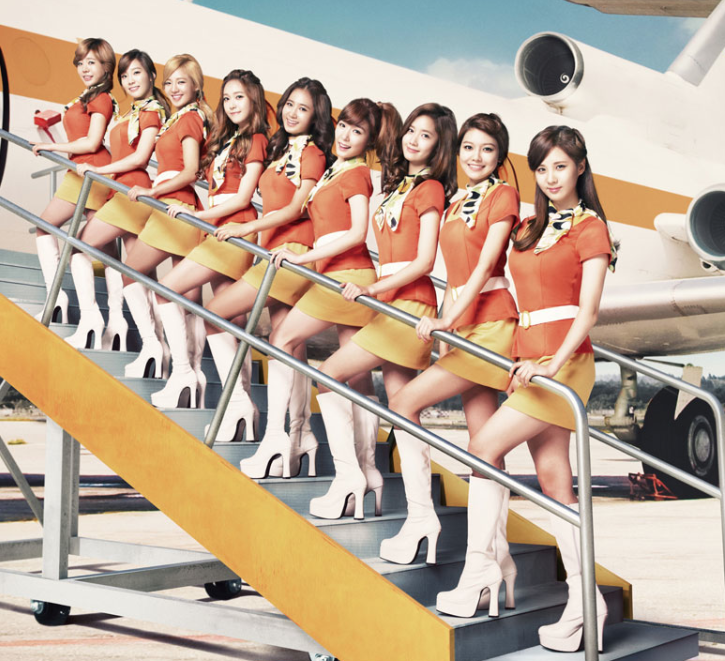 “Flower Power” is supposed to convey the story of a girl trying to shake a pursuer on the dance floor, and for the most part, the MV sort of accomplishes that much. We open to 20 seconds of silence as the MV sets up (believe me I check other uploads, they all have this 20 second silence) and then get  a glimpse of the dance floor and sneak peak of GG Airlines, or the concept of the upcoming Shoujo Jidai album Girls and Peace.

When the bass finally hits, so does the choreography, and the girls have never looked better. I love that everyone went back to dark chocolate and black shades for their hair, save Hyo and Sunny, who look better blonde anyways. The black and red leather jumpsuits are to die for–finally a wardrobe that doesn’t look like cheap neoprene and a couples belts were thrown together the night before.

I loved the way the club feel for this MV was constructed, which including the tiles and concrete walls as well as the many flashing lights and signs. The lettering was also a cute way to transition between scenes, which also added the night-life feel to the overall aesthetic. One thing that really irked though is the air hostess cosplay. It totally threw me off and for a second I couldn’t tell what I was seeing, partly because the airplane scene was so flooded in white lights that I was blinded and couldn’t see and partly because I wasn’t sure if the girls had turned into nurses or flashy maids. 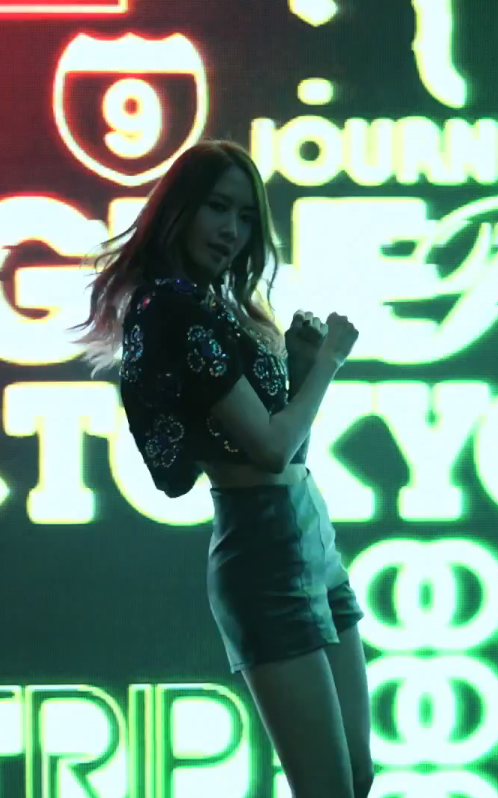 I mean knew they were supposed to be air hostesses in an attempt to prelude Girls and Peace, but the incorporation of this set was so off that I didn’t see it right away. Honestly, if they wanted to hint at Girls and Peace, there had to been a more subtle way of doing it that wouldn’t compromise the song and the MV that had insofar been pretty well constructed. And somebody rip that wig off Sunny–I never want to see it again, who ever thought it was a good idea doesn’t deserve to work in the industry anymore.

Another problem I had was the choreography.  I’m still in this love-hate tango about it. It’s actually a very ornate and detailed choreography that plays up bold presentation with delicate accentuations, and overall it matches the song to a tee.

The only problem is that this is not the right choreography for a group of nine. More detail also means more discrepancy in synchronization, and at times the girls look disjointed and, dare I say, messy in formation. Also, somebody please post a starving child ad for Yoona. This girl is too skinny, its starting to freak me out.

Despite its flaws and the harsh pronunciation, “Flower Power” has been growing in me the more I play it. But will Shoujo Jidai be able to enchant Japanese audiences with their flower power? What do we think?