Settling in with MBLAQ's Idol Manager 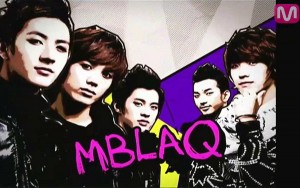 If there’s something everyone can agree on about MBLAQ, it’s that they’re good at variety. Each member has their own way of grabbing attention, and no territory is left untouched when it comes to individual survival or betrayal for image protection. While Lee Joon may be touted as a blue chip in the industry, the rest of the members are no slackers. For these reasons, MBLAQ has been popular on variety. It isn’t a surprise that they were on both Mnet‘s Sesame Player and KBS Hello Baby. The boys play well by themselves, incurring enjoyment for the viewer.

As a result, it’s not entirely surprising that the group scored another show, this time MBC Every1‘s Idol Manager. The premise was that celebrities would come in and act as the group’s managers, handling the group’s activities and providing a peek into the more professional side of MBLAQ. The celebrities chosen to be the managers were comedian Park Kyung-lim, actress Kim Sae-rom, and Jeon-yul, member of idol group Stellar, whose biggest claim to fame is that they were produced by Shinhwa‘s Eric. All three collectively took on the name, “The Three Beauties.”

Unexpectedly, as this is MBLAQ, the beginning of the series wasn’t as good as predicted. While Park Kyung-lim and the MBLAQ boys did a great job of keeping the humor going while still remaining professional and dedicated to the purpose of the show, Kim Sae-rom and Jeon-yul seemed to provide nothing useful: the former was whiny and more dedicated to playing around while the latter was utterly awkward and desperately needed some direction. There is only so much the others can do when two out of the three of the emcees/managers seemed to be pushing away viewers rather than drawing them in. It didn’t help that early on, one of the earlier tasks involved incorporating the managers into the high-stress environment of a showcase in Japan, essentially cementing the image that Park Kyung-lim would be the only useful manager of the bunch. 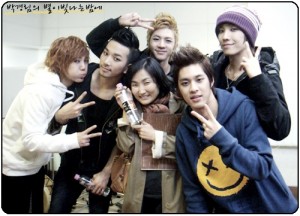 However, if you stuck with the series, what became noticeable was the necessity of time, time to settle into the show and the environment of the variety. Although MBLAQ has most likely met Park Kyung-lim before and was briefly acquainted with Kim Sae-rom in an episode of MBC Every1’s Idol Army and MBC‘s Flower Bouquet, the dynamics for this show still needed a period of time for adjustment, mostly for Kim Sae-rom and Jeon-yul. The former needed to drop the whining and understand that MBLAQ isn’t the type of group that simply caters to others on variety while the latter needed a concept, and quick.

After the first couple of episodes, there also developed a disconnect between the harder jobs of a manager and what actually would be done on the show. After the Japan showcase, the activities were distinctly more relaxing or carefree: resting at an amusement park, holding birthday parties, inviting friends over, composing music. Apart from the last of the list, most of the activities were for enjoyment and pure variety purposes rather than being associated with the musical side of the group that dominates their schedule. And this makes sense. The result of the Japan showcase was a bawling Kim Sae-rom after being scolded by MBLAQ for her lack of focus while in charge of lyrics during rehearsal, a situation that rightfully called for the scolding considering the potential damage such actions could have brought during a real concert. In addition, since MBLAQ is first and foremost an idol group that produces music, they needed to rehearse for their performance. Logically, the end result was the fact that for variety, entering the hurried world of managers cannot be done. Variety requires wit, humor, and well-planned mistakes as sources of joy for viewer, but the job of a manager is less humorous and more detailed and serious, where errors aren’t appreciated. That isn’t to say that ensuring that the idols do have some rest isn’t part of the job description: it’s just not the only description. 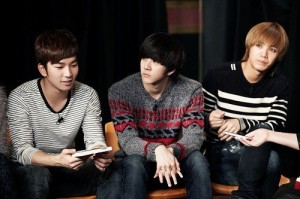 Also in Japan were the hidden cameras for both MBLAQ and the managers. This could have played out as an interesting way to keep the “managers” acting as managers through different tasks, but as mentioned above, the developed manager concept seemed to nix the more important manager roles after Japan.

From the mentioned rehearsal event and from the silly composition moments in a later episode, what became clear was how seriously MBLAQ takes music. While the group’s attempt to create a comeback song for Park Kyung-lim was clearly for giggles, the three members present–G.O, Thunder, and Mir–were especially comfortable with the idea of composing a song and writing lyrics. As whimsical as the song they ended up producing may be, it was impressive both how quickly a flow of ideas was established and their thirst for composing. It seems that most members are earnestly pursuing that route, and it may show more in their future music.

Other highlights of the series, which had its thirteenth and last episode November 9th, include Park Kyung-lim’s general presence, the time for old friends to visit, and just the group’s natural dynamic. There were probably far too many jokes made about the shape of Park Kyung-lim’s face, but it can’t be denied that she held the show together. She was a comfortable presence with endless patience, willing to be a mother figure and tolerate countless jokes, even giving back as good as she got sometimes. Without her, this would have been uncomfortable and without direction. My personal favorite episode involved the members’ friends visiting to share the dirty deeds of the past. Clearly, they weren’t all that dirty, but that episode had some the most genuine happiness present. 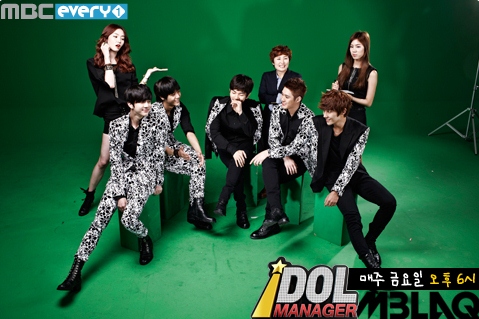 As most of us know, what makes or breaks a variety show can frequently be the group’s dynamic. And this show had plenty of it once the development into a comfortable watch was complete. Noting Jeon-yul’s incompetence at variety, primarily due to her little exposure to the craft prior to the show, the others helped her out however they could. She was eventually able to carve out a niche as the young idol whose affections switched from G.O to the other members, which wasn’t the strongest role but incorporated her better into the entire group. Kim Sae-rom also improved to a calmer form that laughed more and whined unnecessarily less. Park Kyung-lim has already been mentioned as the key to the show. And of course, there was MBLAQ. From Seungho‘s devil persona and morose diet, G.O’s talkative and bizarre nature, Thunder’s mood-telling by minute expressions, and Mir’s eagerness the please, there was plenty around to keep the show entertaining. I started off by naming Lee Joon as source of variety amusement, but his presence was diminished greatly by conflicting schedules, to the point where it’s difficult to recall anything memorable about him from the show.

In short, Idol Manager lost some of its premise quickly into the show, opting for more traditional activities. But this change allowed for greater development of the group’s dynamic, especially on the part of the managers, helping to create a more comfortable variety environment. It’s a show that you don’t need to rush to watch, but it provides more than enough entertainment to keep you amused and laughing. I do recommend it, and if you’re interested in watching the episodes, Subbers in Absolute Quality have kindly been providing English hard subs.

So how about you, readers? Have any of you given Idol Manager a shot or intend to? If you have, what’d you think? Don’t forget to leave a comment with your thoughts!