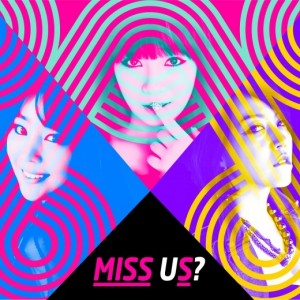 Miss S, once a female duo, debuted in November of 2008. They released a single called “Smoke Less” last month, but were met with some issues with Stardom Entertainment. Upon Brand New Stardom‘s split into Brand New Music and Stardom Entertainment, the latter accused the former of taking away Miss S’s leader Oh Yoo-mi away before her contract with them had terminated, but Brand New Music stated that they had agreed that they would proceed with a single album with all members.

The conflict has yet to be officially resolved but a month later, they have returned with a new mini-album called Miss Us? and an MV for its title track, “Good Night.”

Before their return in September, the group been absent from the K-popverse for about two years. Most K-pop fans, like myself, who joined after 2010 might not even have heard of this group, and for groups that don’t make into the forays of K-pop relevance, it’s out of sight, out of mind. But listening to the girls’ latest single, I’m surprised why their talent hasn’t been recognized until now is surprising to say the least.

The MV stars the members of Miss S as well as their labelmate, Phantom’s Hanhae. It starts off with leader Yoo-mi sleeping on her bed, calling what seems to be her boyfriend, played by Hanhae. Meanwhile, he is wrapped underneath the sheets and probably tells that he’s too tired to talk to her right now and hangs up. Once that phone call ends, he then proceeds to party it up with his friends in an impromptu party in the middle of his living room, drowning martinis and dancing with pretty girls. But suddenly, Nemo appears, being used to her boyfriend’s tricks, and smacks him.

The scene then transitions to a news report with the confrontation as headline news. Either or both Hanhae and Yoo-mi must be playing fictional representations of their artists/idol selves for this MV, seeing how a simple slap could make the six o’clock news. There looks to be a love quadrangle going on as rapper Hye-young as well as new member Nemo , who played one of the pretty girls that dances with Hanhae at the party, and there seems to be conflict between the three girls and Hanhae, and not with each other. Hanhae just seems to be a caricature of the typical playboy rockstar that doesn’t really care about his relationships.

I enjoy the way the MV transitions from scene to scene through objects and screens as it moves from different perspectives of the MV. Although this is basically yet another MV where all the members lust for a single object of desire, Hanhae seems representative of all their relationships, or perhaps even one, seeing at the culmination of this MV, with all three girls meeting up, the MV ends with only Yoo-mi. Could this mean that there is only one relationship going on and the other two members are mere representations of the different sides of their relationship? Perhaps, but I enjoyed the twist at the end of the MV. 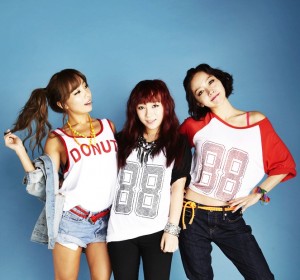 The overall feel of the MV felt sweet and laid-back, despite the conflict, as a result of the casual music playing in the background. The general aesthetic of the MV was very pretty, especially with the white light that seemed to overlay the entire MV helped bring out the pale greens and pinks of the MV. Although the room seemed more like a teenager’s room, than a grown woman, it fit the laidback atmosphere the song emitted. I enjoyed the soft vocals of Nemo, and the solid rapping of Hye-young and Yoo-mi. Although this would have been a perfect summertime song, it’s a good song to pull you out of the doldrums of the fall, if you live on the Northern hemisphere, and relax for a bit.

It was a good MV and song, I liked it and it definitely makes me want to check out the rest of the mini-album and their past releases, as difficult as it is to find them. It seems that whenever you type in Miss S, Miss A is all over your computer screen, which is a shame. Nevertheless, it was a good choice in order for them to slowly transition back into K-pop, and hopefully Brand New Music will be releasing more from them, especially much catchier songs.