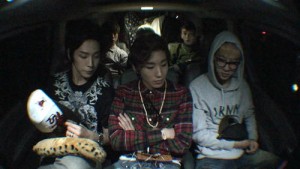 B.A.P has spent this year as busy as little bees. They’ve gotten no breaks, essentially. So when the promotions for “Crash” ended, their fans were sad to see them go, but were hoping for the boys to get some rest. So what does their company do? They create a variety show called B.A.P Healing Camp, which is anything but healing, hence the updated “Killing Camp” name.

Will being on a TV show be restful for B.A.P? Or will it simply be more scheduled time without privacy?

The show starts off with a couple of statements from the members, of which the most poignant may have been when Youngjae said he sometimes wished for an injury so he wouldn’t have to practice dancing. That, right there, is a statement about K-pop idols schedules. So the boys leave their final promotion of “Crash,” are all sleeping or zoning out in their van, when suddenly a terrifying cellphone appears. What commences is a wild goose chase with the members in pairs searching for a specified location. Considering how sleepy they looked sitting in the car it hardly seems like running all around Seoul would be restful for them. If I was faced with a riddle, that I had to solve to get to my destination, after performing live and practicing all the time with little sleep, I bet I would end up just like Zelo and Daehyun: completely lost. 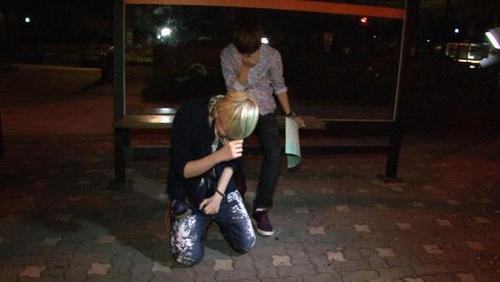 Eventually everyone makes it to the destination where they are given a new challenge and a camera person each. B.A.P is working extremely hard to become a famous idol group, so they should simply be ready to be surrounded by cameras, right? This may be the case, but I can’t help but feel that going on a camping trip where a death phone commands you to run around like crazy all while being followed by 6 camera crews is anything but restful.

Bang Yongguk seems to agree, as he literally fled from his band-mates in order to avoid being filmed. This isn’t too surprising since he has a history of being a little camera shy, but it would seem that for him the definition of “rest” would not involve being filmed for TV. The other members get into the fun of it a little more, so perhaps personality has more to do with what is considered restful. As far as showing the different member’s personalities in a variety setting the shopping challenge was successful, what with Himchan being talkative, Zelo’s wicked little smiles and yelling, Jungup’s innocence, Yongguk’s serious shopping, Daehyun’s sneaky tactics, and Youngjae’s fleeing and refusing to participate in robbery. 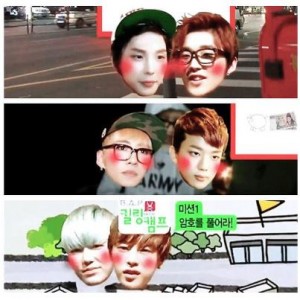 All of these things aside, playing games, camping, and spending time with band-mates outside of a practice room may well be all the rest B.A.P can expect for a long time. To maintain their position in the world of idols they will have to work constantly no matter how tired they are. Their company understands this and has made a smart decision in filming them even as they rest.

It is obvious Killing Camp is made for Babys, because they are still a rookie group so it is unlikely that the general public is going to hang onto every episode as it airs. However, with the rookie group awards coming up, it’s also important to keep B.A.P in people’s minds so when the time comes for voting they will think of B.A.P first. Of course it also never hurts to spend more time developing group member’s personalities for the public so fans can choose a bias. All in all, it is a good move promotional-wise for the future of B.A.P.

You can make the argument that they aren’t in dance rehearsal or in the studio recording, so this is a switch from normal activities, even if they are still being constantly scheduled. My hope is that the fact that camping and playing variety-type games is so different from what B.A.P is usually doing that they will find it restful no matter what. Wishful thinking, yes, but we’re getting a variety show regardless, so might as well go with the flow.