Rude Paper, a Korean reggae duo, recently released the music video for a track, “Rainy Night,” off of the group’s first full-length album, Paper Spectrum. The full-length album was released earlier in September, and it boasts features from artists such as Dok2 and Miryo from the Brown Eyed Girls. The duo is made up of Koonta of reggae duo Koonta and Nuoliunce and producer Real Dreamer. They made their debut with the EP Radio in 2011, which featured title track “Radio.” The project group has worked to combine reggae with hip-hop and sometimes dubstep to make a more unique sound. But the song at hand, “Rainy Night,” steps back solidly into reggae territory.

Check out the music video for “Rainy Night,” which has subtitles, below!

Unlike the music videos for “Radio” and the more recent “Hand” — which was exceptional — “Rainy Night” showcases a simpler style to match the more solemn lyrics. Koonta takes center stage as he sings staring straight at the camera with lights in the background and against a dreary wall with wet hair in another scene, clearly bringing the wet aspect of rain in. And this is most of the music video. There are some shots of dripping wet hands, feet, hair, clothes, and so forth, but a large part of this music video depends on the mood created by the shots and Koonta’s acting, a dependence that can easily be okay or go horribly wrong.

Rainy night, I remember you.
Even though it will pass away like this rain.

Luckily, in this case, Koonta’s acting is mostly believable, and the mood formed through the use of dark and hard lighting is appropriate for the intended melancholic mood.In scenes against the wall, Koonta has his eyes closed, meshing his actions with the idea of remembering the past by closing out the present. There are numerous quick cuts of actions like swallowing or gripping jeans that help illustrate the effects of memories, in this case, those of a break-up. 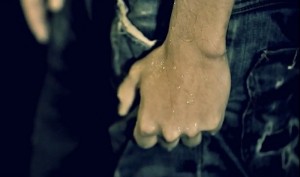 The rain makes these memories fresh once more, and the hope is that once the rain is gone, the forgetting of those memories will be complete.

An interesting development throughout the music video is the formation of Koonta in an abandoned hallway. The rain sounds give the impression that Koonta is slowly formed by the falling rain that fills up into an invisible Koonta mold. By the end of the music video, Koonta is fully formed and even capable of movement. My interpretation of that instance was that the rain develops memories, which appear in the form of he to whom the memories belong, and as a result, throughout the music video, as the rain continues to fall, Koonta materializes. At the end, the rain is still falling, and the memories have fully appeared, keeping main character, Koonta, in his dreary state.

The actual absence of rain, aside from its sound in a couple of areas, is welcome. Though, as mentioned before, there are scenes where the character is wet. By keeping away from the stereotypical rain shots, the message of the lyrics becomes more about personal sentiments and development. The memories brought back induce a sense of loneliness, which pervades with all the individual scenes and even those with the lights in the background: though there are clear signs of other individuals, they are so far away and out of focus that they’re irrelevant to the moment.

The only downside of a music video like this is that after the first watch, it gets a bit boring. While the elements presented fit the song and theme well, the music video is not exceptionally attention-grabbing nor does it possess an enthralling quality that brings multiple views. Because of that unfortunate effect, this music video receives a 3.5/5 from me. It is really well done from the thought put into the chosen scenes and nuances, but it’s lacking in its overall feel.

Seoulmates, how did Rude Paper do with “Rainy Night?” Have any of you given the duo’s other music a shot? Leave a comment below with your thoughts! 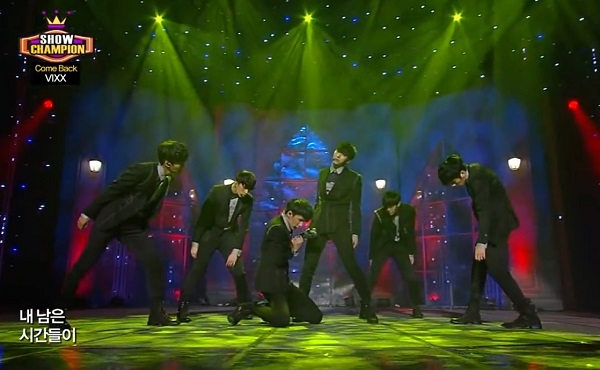