If they lived in a world where Canada won the most medals in the Summer Olympics, and the drama Dr. Jin was plot-hole-free and the writers seemed 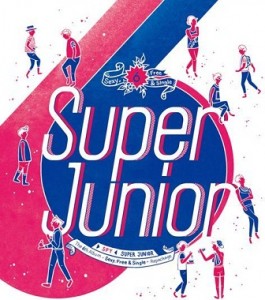 completely sane. Super Junior is back with a newly repackaged album of Sexy, Free and Single and a follow-up track, “Spy.” The song “Sexy, Free and Single,” in addition to “From U” and “Bittersweet,” made me so happy that Super Junior had abandoned their rehashes of “Sorry, Sorry” and gotten back to promoting good music on music shows again. I was actually excited for their next promotional track, and seeing as I l liked “A-Cha” more than I did “Mr. Simple,” I wonder if I would like “Spy” more than “Sexy, Free and Single.” I don’t really like the idea of a repackaged album, you’re just paying the same price of a full length album just for four more songs, but seeing as I’m not fond of buying albums unless I adore every single song, all I hoped for was that these new songs would be worth the money some fans would be paying for them. 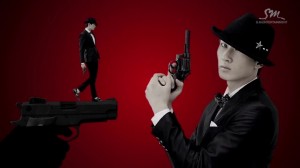 “Sexy, Free and Single” wasn’t the best Super Junior song I’ve ever listened to, that title belongs to “It’s You” thus far, but it was a good change for Super Junior, in terms of promotional tracks, and didn’t rely on heavy doses of autotune or a similar chord progression as “Sorry, Sorry.” It was experimental as it was catchy and nice to listen to, something I hoped “Spy” would be like. “Spy” stuck with the experimental, and definitely cannot be confused with “Sorry, Sorry” or “Sexy, Free and Single,” for that matter, but it is a very confusing song.

It’s conflicting in the sense that it feels like it’s two songs in one. The title and the teaser of the song and MV implied that 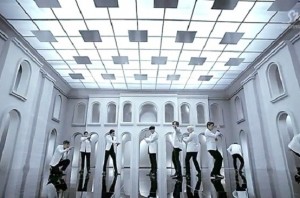 it was going to be James Bond-esque, which I thought implied that there was going to be  a lot of bombast and horns, but I was dreadfully wrong. They kept the signature James Bond theme as the backtrack of the hook, but the verses and instrumental of the song’s other verses is a stark contrast to it. It sounded very childish, probably trying to show a more playful side to the spy game, but when I hear the word Spy, I demand some badass and powerful music. The instrumental for the rest of the song is borderline annoying and way too cutesy and childish for my liking. It might be that fact that the chorus and the rest of the song do not mesh well with each other and could actually sound much better if they were connected better together, but the flow of the melody is totally off, and even though the song does not have any heavy auto-tune, the song is pretty mediocre and felt like it still needs a lot of work, despite being the finished song. How ironic that I prefer a song titled “Sexy, Free and Single” over a song with a much better title.

The MV is just as disappointing, but not that surprising. The room that was filmed for the MV had the same Grecian theme as the MV of “Sexy, Free and Single,” but while “Sexy, Free and Single”‘s MV benefited from its sunset lighting, “Spy” is ruined by the James Bond cut-out shots and the bad editing of the members of Super Junior against them; at least Sungmin is still blonde and everyone is looking fine in suits, except for Leeteuk, with his god awful parting of his bangs. The MV for “Spy” was really just an excuse for Super Junior to wear suits and have the ovaries–sorry male ELFs–of ELFs explode the world over, but I think that SM would have saved a lot more money if they had just sent out pictures for fangirls to nose bleed over than wasting time and money make this MV–is it really hard to include a simple spy storyline, to shake things up and make history as the first Super Junior MV to have an actual storyline since “No Other”? The only historic thing in this MV is Kyuhyun finally dyeing his hair again after what felt like a decade, but is it bad to say that I actually miss the brown?

The new songs on the repackaged album improved after “Spy,” with “Only U” and “Haru” being the standouts. Super Junior really suits R&B, and pop with R&B stylings, 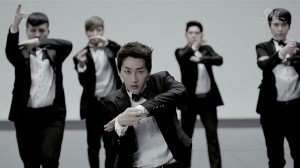 songs with these characteristics are usually my favourite songs by Super Junior, and I wish they could break and start promoting these kinds of songs as their title tracks. “Only U” is currently my favourite on the repackaged album and makes me adore Donghae for other reasons than how physically attractive he is, “Haru” is a joy as well. “Outsider” is a really peculiar song but manages to keep a steady pace and has a fun, Christmasey instrumental, but the hook leave something to be deserved. Eunhyuk‘s rapping sounds really good in this song and KRY delivers as always. The only issue I have with the song is the uninspiring hook that sounds very flat and is not catchy in comparision to the upbeat feel of the rest of the song.

Overall, “Spy” is a very disappointing follow-up track but the other new songs are nice additions to the Sexy, Free and Single album. If they had been made in time for the first version of 6jib instead of “Rockstar,” “Now” and “Gulliver,”  I might have actually bought my first Super Junior album, if “Spy” wasn’t included into the mix. This is what I get for praying for more Eunhae in songs.