Rookies to Look Out For: Sunny Days 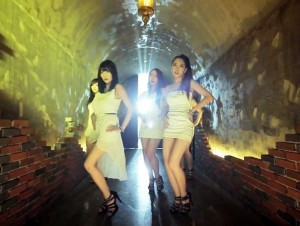 With all the rookies who appear on a daily basis in the entertainment industry, it gets bothersome to focus on their breakthrough attempts. There are though idols who manage to bring something refreshing and Sunny Days was that group for me. The girls debuted earlier this year under the management of the completely unknown Haeun Entertainment. The 5-members group includes Soo-jung, Sun-kyung, Ji-hee, Min-ji and Soo-hyun. They all underwent intensive training and focused on improving in the vocal department. Their decision paid off quite well: the group brings in impressive voices and vocally polished girls who are able to deliver the emotional message through their singing.

Their debut song, “Take Away,” was released in May, apparently with no official video. The mid-tempo ballad showed a lot of promise, highlighting the girls’ potentials. Not only do they seem well-prepared and the possessors of a wide vocal range, but their voices have a unique quality, easily recognizable. Have I mentioned that Sun-kyung used to be a vocal director for Superstar K3? These girls haven’t properly promoted though and I sense yet another group that’s going to end as a series of unfortunate events. A ballad was more of a misstep though that couldn’t bring much love for the girls, especially since a debut should have gotten them the attention they deserve. They should have started off with something more fun and ear-friendly, and this comes from someone who wishes them a top spot. Leaving popularity aside, “Take Away” is a high-quality track with powerful lyrics:

Their debut marked in my calendar the day of another group who barged in from the start with a solid sound and distinctive image. While I can’t put my finger on it, the girls leave a strong impression that sets them apart from the rest. They seem involved in what they do and the seriousness with which the tackle their musical style deserves a round of applause. This particular aspect of the group saved “Glory Korea:” the confidence, coupled with astonishing vocals, turned an underwhelming single into a listenable music piece. “Glory Korea” represented their single for the Olympics, with a motivational message for the sportspeople to help them gather some fans. Fortunately, their effort were better used with their next single, which I enjoyed to bits, called “Don’t Touch Me”:

“Don’t Touch Me” got rid of anything that could pull Sunny Days down: a weak musical line, the lack of promotions or an actual MV. The ‘bad boy’ – ‘playboy’ sticks in your brain and the chorus is downright addictive. As “Take Away,” the track has a jazz vibe and a bit of R’n’B which, depending on their future releases, could become the group’s signature. Their single manages to bring out their talents: the singing is excellent, the melody is catchy without lacking substance, the video shows five charismatic girls boosting with confidence and nonetheless, the simple dance complements the song.

The girls are a solid bet in terms of rookies if only they decide to actively promote. I haven’t heard of Haeun Entertainment before and Sunny Days seem to be the only ones right now getting same recognition from them, which is an explanation for the group’s relatively modest start. But the members don’t look like rookies and I hope their efforts will pay off in the future. Their releases so far hint that the girls are shaping their identity at an early point in their career and if you combine this with awesome vocals and their personal appeal, you have a new threatening contender for a place on the music scene. I can’t stress though well enough how important their promotions are to put them on the map.

So what’s your opinion, Seoulmates? Would you give these rookies a chance? 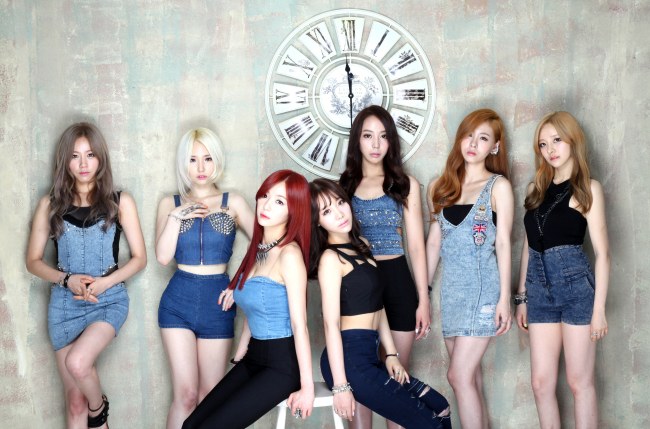 Sunny Days Are Here Again with “Meet a Girl Like You”